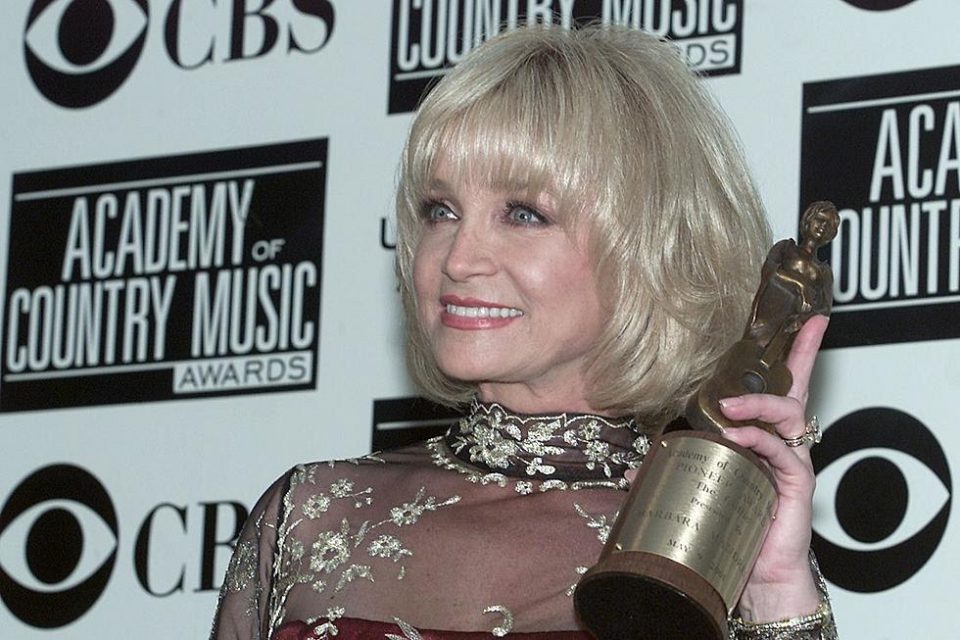 Barbara Mandrell scored her first ever number one hit on the Billboard Hot 100  with her 1978 single, “Sleeping Single in a Double Bed”. She scored another number one hit the next year with “(If Loving You Is Wrong) I Don’t Want to Be Right”. Her 1980 single, “Years” also peaked at the top of the Billboard chart. Over the next three years, Barbara Mandrell had three more chart toppers. Her signature song “I Was Country When Country Wasn’t Cool”; and “Till You’re Gone” and “One of a Kind Pair of Fools” in the following years. During this time, Barbara Mandrell also received various awards and accolades in the industry.The daughter of musicians, she ventured into the music industry quite early on. Her father, who encouraged her to follow her passion, managed her career for several years. Her talent was not only limited to singing as she was also an occasional actress who delivered several stellar performances on television films and shows. After retiring from her musical career in the late 1990s, she concentrated only on her acting career and appeared in some popular shows like ‘Sunset Beach’ and ‘Touched by an Angel’ before completely retiring from the entertainment industry.

Barbara Ann Mandrell was born in Houston, Texas, on December 25, 1948 to Mary Ellen, a musician, and Irby Matthew Mandrell, a World War II naval veteran who later served as a Texas police officer. Her father, who was also an accomplished musician, eventually became her manager.

After her two sisters also displayed interest in music, her family set up a band of their own. Ken Dudney joined as the band’s drummer. Barbara Mandrell ended up marrying him later.

A few years after forming the ‘Mandrell Family Band’, Dudney was called to join the Navy. Around this time, Barbara Mandrell decided to become a country singer and she moved to Nashville to pursue her career. Her father then began to manage her work. She started with some minor hits under producer Billy Sherrill, who had previously managed top artists like Charlie Rich, Tammy Wynette, and Tanya Tucker.

In 1969, she received six offers from different recording companies and signed with Columbia that year. The first ever song that Barbara Mandrell recorded was a cover of the Otis Redding classic “I’ve Been Loving You Too Long”. The song became an instant hit. A year later, she delivered a top 40 hit with ‘Playin’ Around With Love’ and teamed up with singer David Houston to deliver several more hit songs.

Barbara Mandrell’s stint with Columbia Records didn’t end up being very fruitful and her producer Billy Sherrill was questioned repeatedly by the management for the reason why he was still working with her despite her repeated failures at attaining popularity. He finally ended the contract with her in 1975.

After leaving Columbia Records, Barbara Mandrell signed with ABC/Dot and started working with producer Tom Collins. This collaboration marked the beginning of her success. She reached the top 5 with her single ‘Standing Room Only’ and then delivered her chart-topping single ‘Sleeping Single in a Double Bed’ in 1978. This was soon followed by the single ‘(If Loving You Is Wrong) I Don’t Want to Be Right,’ that also topped the chart.

During the early 1980s, she had the best time of her career, delivering a series of popular hits starting with ‘Crackers’ and ‘Wish You Were Here’ which reached the country top 10.

She also delivered some super hit singles like ‘Years’, ‘I Was Country When Country Wasn’t Cool’, ‘Till You’re Gone’, and ‘One of a Kind, Pair of Fools’, all during the early 1980s and quickly made her mark in the industry. ‘I Was Country When Country Wasn’t Cool,’ which featured George Jones alongside Barbara Mandrell became an instant classic and the American public loved it. Barbara Mandrell collaborated with Lee Greenwood in 1984 and released a series of super hit duets from the album “Meant for Each Other”. The album ruled the country charts for some time.

Barbara Mandrell’s popularity rose meteorically during the late 70s and early 80s. As a result of that, she ventured into television as well. The TV program ‘Barbara Mandrell and the Mandrell Sisters’ premiered on NBC in 1980.

After retiring from the recording industry in 1997, she concentrated only on her acting career for two more years and appeared in shows and TV movies like ‘Love Boat: The Next Wave’, ‘The Wrong Girl’, ‘Stolen from the Heart’ and ‘Walker, Texas Ranger’.

“And they just saw me on that and – from the time I was 11 until I was 12, I guess. And then when I had just turned 13, they asked me if I wanted to tour with Johnny Cash back East.”

“By our Heavenly Father and only because of God, only because of God. We’re like other couples. We do not get along perfectly; we do not go without arguments and, as I call them, fights, heartache and pain and hurting each other. But a marriage is three of us.”

“I realize we’re not promised tomorrow. Believe me, I realize that. But if God blesses me and lets me stay, I love my life so much, it is such a good life. I am eager to throw myself at His feet, but I don’t want to get on the first busload that is going.”

“I learned mainly through television, but I learned how to do mosaic, where you can buy stones or things of that nature. But also where you bust the tile to decorate pots for flowers or table tops. Lots of different things. Wherever you want it, you can mosaic just about anything. It took me about two weeks to do a big birdbath.”

“I’m a very competitive person, and I always competed with myself. Every year, I’d take six weeks with my band, crew and choreographer to put a new show together. We’d spend eight hours per day, seven days per week putting a show together to beat the last year’s show.”

“I’ve always been one for show business. I like performing, and I used to get criticized for having production value. But now it’s all that! People need to get what they pay for! Otherwise, just listen to recorded music.”

“You won’t see me at a microphone singing and tapping my foot. I spend a lot of money on sets, costumes and sound. I believe people deserve a show. I’m a singer, musician, dancer. I work hard, and I’m soaking wet when I come off.”

Barbara Mandrell got married to her band’s drummer Ken Dudney on May 28th, 1967. The couple went on to have three children, Kenneth Matthew Dudney, Jaime Nicole Dudney, and Nathaniel Mandrell Dudney.

At the peak of her career, Barbara Mandrell was involved in a horrific car accident with two of her children Matthew and Jaime. All three suffered severe injuries and the fact that they weren’t wearing seat belts, exacerbated their injuries. In addition to broken bones, Barbara Mandrell also suffered numerous injuries to her brain. She suffered a concussion which led to temporary memory loss and speech impediments. Since then, she has been an advocate for wearing seatbelts. Barbara Mandrell said this about her injuries: “It seems to me that unless you or someone very close to you has had a bad head injury, you really can’t fathom it. You have no concept of what it is all about. It was so difficult for my whole family, not just me.”

Jerry Brudos The Making Of The “Shoe Fetish Slayer”