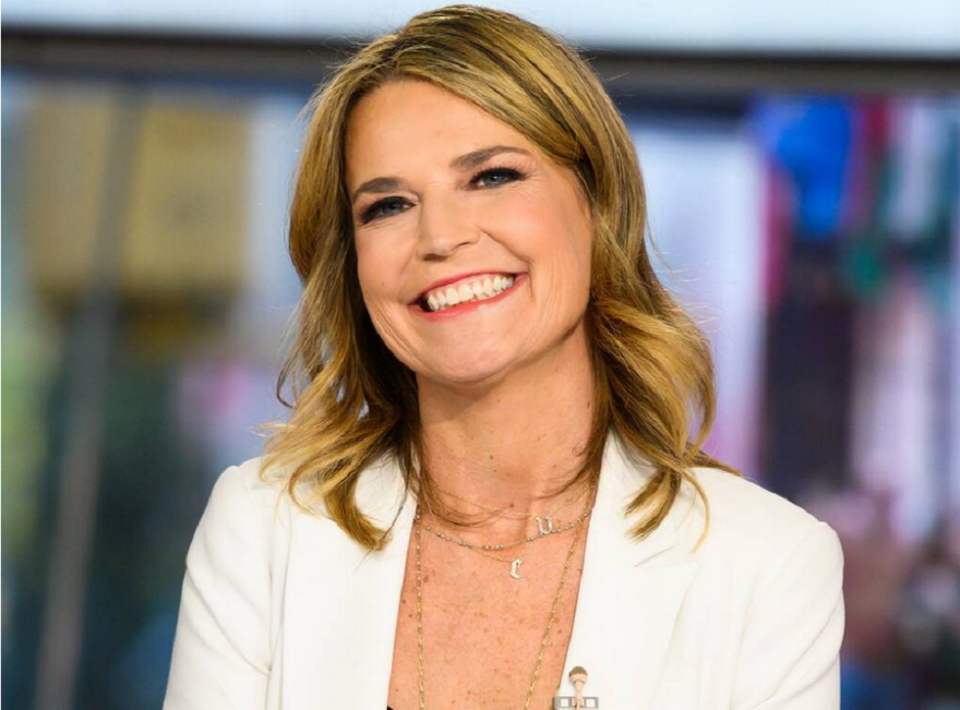 TODAY co-anchor Savannah Guthrie posted a tribute to Larry Edgeworth on her Instagram page Friday morning. Larry was a 25-year veteran of the news division who had contracted the novel coronavirus. As death counts are on the rise, the cheerful TV genre has put exiled Savannah Guthrie to her basement and CBS’s Gayle King to the Ed Sullivan Theater.

Along with the families who lost members to COVID-19, NBC News is mourning the loss of a colleague who died Thursday.  According to Savannah Guthrie, the loss was devastating: “My heart breaks this morning at the loss of NBC audio technician Larry Edgeworth (pictured right) due to COVID19. I adored Larry,” she wrote.

My heart breaks this morning at the loss of NBC audio technician Larry Edgeworth (pictured right) due to COVID19. I adored Larry. We traveled together for two straight months on a campaign in 2008 and he was always the most warm, most professional, most loving. All hours of the day and night, no matter how hungry or tired or stressed we were – he was always a joy. He loved his work and excelled at it. He loved his colleagues and boy did we love him. Larry, dear, I will miss you. My deepest condolences and prayers to his family.

Savannah Guthrie’s partner in crime,  Hoda Kotb, also tweeted a sweet tribute to her colleague: “I would like for you to know this name : Larry Edgeworth. He was a longtime member of our NBC crew.. big smile.. big heart..we loved Larry and he loved us back.. all of us …He died after testing positive for the Coronavirus.”

How did Larry Edgeworth die?

Larry Edgeworth worked in an equipment room at 30 Rockefeller Plaza in New York City. According to his wife, he had other health issues, and this directly correlates with other patients who also died, most of whom had other health related problems in addition to contracting coronavirus.

Host Savannah Guthrie recalled working with Larry during the presidential election in 2008 in her tribute.

“We traveled together for two straight months on a campaign in 2008 and he was always the most warm, most professional, most loving. All hours of the day and night, no matter how hungry or tired or stressed we were – he was always a joy,” she wrote on her post.

“He loved his work and excelled at it. He loved his colleagues and boy did we love him. Larry, dear, I will miss you. My deepest condolences and prayers to his family.”

Are the hosts of ‘Today’ show at risk?

Savannah Guthrie and Hoda Kotb announced on the TODAY show that a colleague who worked on the 3rd hour of Today had tested positive for COVID-19, which is why Al Roker and Craig Melvin( hosts) ultimately decided to begin working from home. Savannah follows their methods of quarantine while proudly working from home.

On Instagram, Savannah Guthrie shared a photo of her new work-from-home area in her basement, showing the world that this will be the new norm for a bit while the spread of COVID-19 continues. The host revealed that she made the decision to stay home after having “a mild sore throat and runny nose.”

According to the  information from the Centers for Disease Control and Prevention, symptoms of COVID-19 can differ from person to person. Some may show zero symptoms at all, but others show primary symptoms such as fever, cough, and shortness of breath, which may appear two to 14 days after exposure to the virus.

But the Centers for Disease Control and Prevention also shows the benefits of limiting contact, social distancing and  skipping canceling gatherings or activities involving more than 10 people. 3 months of socialization is not more important than life. Perhaps that’s why the host Savannah decided that it’s best to err on the side of caution altogether.

Savannah Guthrie also gave fans more behind-the-scenes secrets as to how she turned her basement into a mini TV studio, with help from her husband, Michael Feldman.

Live… from my basement… this is TODAY. Big shoutout to my husband @feldmike who has turned into producer and technician!!

“This was the advice of NBC’s superb medical team and my bosses. I feel good and am sure I will be back in no time – but during these days, it’s on all of us to be extra cautious and caring of those around us.”

Now Gayle King also follows as she joined her “CBS This Morning” viewers from an unlikely location.

“If this looks familiar to you, it’s because we’re in the home of Stephen Colbert,” Ms. King said, facing a sea of empty seats at the Ed Sullivan Theater.

With her co-hosts, Anthony Mason and Tony Dokoupil, Ms. King hosted the show from a makeshift desk on the exact same spot where Mr. Stephan Colbert delivered nearly 900 monologues. Not risking anything, Colbert, the CBS late-night host has not broadcast from the theater since March 12

Interestingly, the Today show fans are applauding Savannah’s decision. “Hope you feel better soon, Savannah! You always make mornings better!” one fan wrote on Instagram. “Technology can be wonderful in times like these! Good job taking precautions!” another said.

How long will talk shows remain this way?

How long most talk shows will remain in the homes of their anchors is unknown. “The Late Show” had announced that it would go dark through at least March 30. This week, Stephan Colbert taped monologues from his backyard, porch and bathtub.

Conan O’Brien, the TBS late-night host, announced on Wednesday that he would return to TV March 30, with “Conan” episodes shot on an iPhone and celebrity guests appearing via Skype. “This will not be pretty, but feel free to laugh at our attempt,” Mr. O’Brien said on Wednesday. Hey, at least these anchors are all getting creative during these pressing times!

With more people confined to their homes, the network ratings have lifted for the three network morning shows. To guard themselves amongst losing viewers, NBC had made arrangements for its anchors to broadcast remotely, sending tech teams to jury-rig Ms. Kotb’s and Savannah Guthrie’s homes.

As of Tuesday, Savannah Guthrie started to experience symptoms and her backup plan kicked in.

“My husband is helping me get the signal up and has duct-taped the doors so the kids don’t run in,” Ms. Guthrie said from her basement on Wednesday.

What is the annual salary of Savannah Guthrie?

“The answer is no—that’s not happening,” Kotb told the celebrity magazine. “I’m not making Matt Lauer money. Not even close.”

Savannah Guthrie shared the same statement. Matt Lauer, who was fired from NBC in November for “inappropriate sexual behavior in the workplace,” had signed a $20 million contract in 2016. The female co-anchors, on the other hand,  will be making just $7 million a year each according to an anonymous NBC source.

How much money is Savannah Guthrie worth?

The Today show co-anchor Savannah Guthrie is estimated at a net worth of $2 million, according to a report. However, the friendly host also signed a new contract with NBC after that number was estimated.

Who is Savannah Guthrie’s husband?

Who is the father of Savannah Guthrie’s baby?

Savannah Guthrie revealed on the NBC morning show that she was expecting a boy with her husband, Mike Feldman. The couple welcomed son Charles Max Feldman on Thursday morning. Named after Guthrie’s late father and Feldman’s grandfather, the baby was called: “Charley”

Tori Spelling: A Look At Her Life, Inheritance and Shows