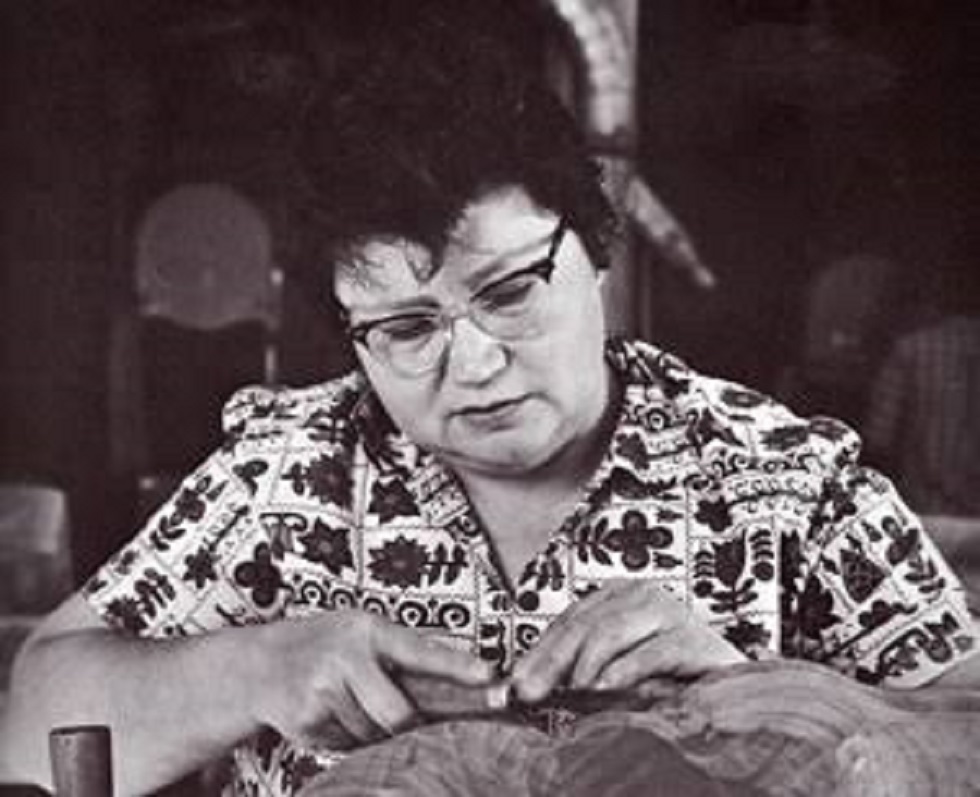 Amanda Crowe was a legendary woodcarver and educator who belonged to the Eastern Band of Cherokee Indian tribe and was born in Cherokee, North Carolina, United States of America. She went on to study in the School of the Art Institute of Chicago and her famous work adorns the shelves of many museums across the world. Aside from her own work, a majority of Amanda Crowe’s life was dedicated towards educating and training future generations of students in the field of Eastern Cherokee art.

Who was Amanda Crowe artist?

Amanda Crowe was born in Qualla Boundary or The Qualla (a territory which was bought by the Eastern Band of Cherokee Indians and is not a ‘reservation’), North Carolina. Even before she started her formal education, Amanda Crowe found her calling in the field of carving at a very young age of four and never looked back. In Amanda Crowe’s own words: “I was barely big enough to handle a knife, but I knew what I wanted to do- I guess it was a part of my heritage. Every spare minute was spent in carving or studying anything available concerning art”.

Amanda Crowe’s father was a Cherokee Indian and her mother was an Anglo. The Cherokees of North Carolina had been involved with wood carving for thousands of years before Amanda Crowe was born. Their carvings were more utilitarian in nature when compared to Amanda Crowe’s work. The Cherokees carved local trees such as mahogany and wild cherry into objects such as spoons, bowls, pipes, canoes and sticks for the Cherokee sport of Stickball (the modern sport of Lacrosse was directly inspired by it).

Even after starting her formal education, Amanda Crowe and carving were inseparable. Betty Dupree, the general manager of Qualla Arts and Crafts Mutual, and a friend of Crowe’s from school, said this about Crowe: “She carried a knife to school, and I was ao scared of her. Later on I figured out she was carving even then”. By the time Amanda Crowe turned eight years old, she had become good enough to start selling her work.

In the year 1952, Amanda Crowe’s excellence in her field helped her earn the John Quincy Adams fellowship for foreign study. Her foreign institute of choice was Instituto Allende in San Miguel de Allende, Mexico. Over there, Amanda Crowe chose to study sculpture with Jose De Creeft. Later that year, Amanda Crowe completed her post graduation and attained a Master of Fine Arts (M.F.A) degree from the School of the Art Institute of Chicago.

As a young, female, aspiring wood carver, Amanda Crowe faced a lot of obstacles. One of the most critical ones was the fact that she was a woman. In her own words: “When I first started carving, only men carved”.

Anna Fariello, a curator whose career has mainly been devoted towards documenting Cherokee art, spoke about the gender divide within Cherokee art. She said: “As far as basketry and pottery, it’s almost 100 percent something that women do, both traditionally and in the contemporary world. On the flipside, carving was in the male sphere—except for Amanda Crowe, so she stands out for that reason.”

What kind of work was Amanda Crowe artist famous for?

After Amanda Crowe received her Master of Fine Arts degree, she was invited back to Cherokee, North Carolina by the Cherokee Historical association. Her close friend, Lane Coulter spoke about Amanda Crowe’s decision to go back home after receiving her postgraduate degree. Coulter said: “She had plenty of options. But as a native woman, she really wanted to give back to the Eastern Cherokee people in Carolina.” She joined her uncle Goingback Chiltoskey at the Cherokee High School. Amanda Crowe taught studio art at the school. Amanda Crowe also established a studio within the Paint Town community and conducted wood carving classes for over 40 years, teaching over 2,000 students in the process. She used to tell her students : “With little more than a pocket knife, a block of wood, and a few basic instructions, you can be on your way.”

Amanda Crowe specialised in sculpting animal figures, earning her renown for carving highly expressive bears out of wood. Amanda Crowe’s work is well known for being smoothly carved, streamlined and elaborately stylized. Even though Amanda Crowe occasionally worked with clay and wood, her preferred medium of choice was wood. Throughout her career, she worked with locally grown varieties of wood such as black walnut, mahogany, wild cherry and buckeye.

Amanda Crowe’s work has drawn comparisons with that of Willard Stone, an American sculptor who was most famous for his wood carvings in a flowing,  Art Deco style. According to art scholar Esther Bockhoff, Amanda Crowe was “undoubtedly one of the primary influences on the resurgence of Cherokee carving”.

Amanda Crowe’s splendid wood carving work is on public display in places such as the National Museum of the American Indian, United States Department of the Interior and the Cleveland Museum of Natural History. Amanda Crowe also exhibited her work in museums such as the Asheville Art Museum, Denver Art Museum, Art Institute of Chicago, Mint Museum of Art and some European venues in the United Kingdom and Germany. Amanda Crowe is also the recipient of the North Carolina Folk Heritage Award, earning the honour in 2000.

As an illustrator, Amanda Crowe worked on the famous 1956 book, Cherokee Legends and the Trail of Tears.

When did Amanda Crowe artist die?

After a legendary and influential career during which she contributed to the resurgence of Cherokee wood carving, Amanda Crowe passed away on September 27, 2004 at the age of 76. Her life and work was celebrated by a Google Doodle on November 9th, 2018. It was a video doodle with the music composed by her nephew. Here’s the doodle:

Describing the doodle, Google published this on its blog:

“In honor of Native American Heritage Month, today’s video Doodle celebrates Eastern Band Cherokee Indian woodcarver and educator Amanda Crowe, a prolific artist renowned for her expressive animal figures. Led by Doodler Lydia Nichols, the Doodle was created in collaboration with the Qualla Arts & Crafts Mutual as well as William “Bill” H. Crowe, Jr., woodcarver and nephew and former student of Amanda Crowe. Aside from highlighting Crowe’s own words and passion for her craft, the Doodle features high resolution imagery of Amanda’s true works housed in her homeland at Qualla Arts & Crafts Mutual, the nation’s oldest American Indian cooperative. The music is also an original composition by her nephew, Bill.”

Google also released a behind the scenes video of the making of the doodle: