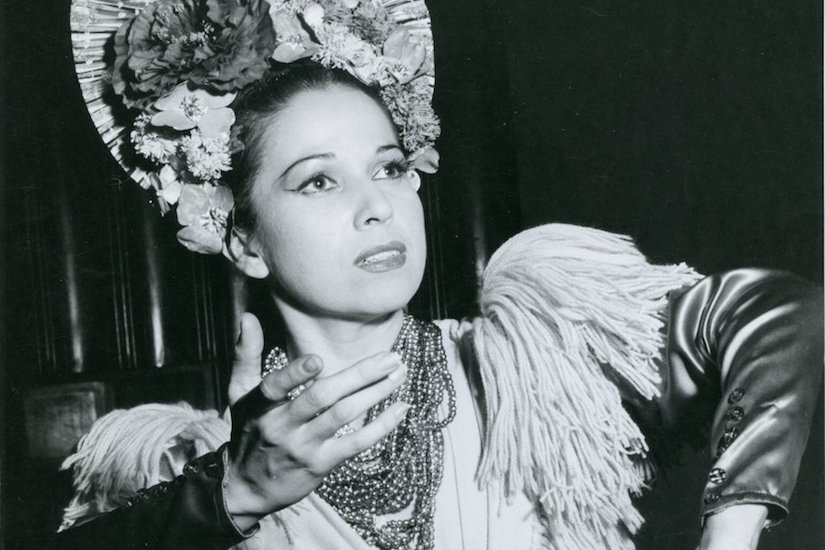 Who is Amalia Hernandez?

When was Amalia Hernandez born?

However, Amalia Hernandez did not receive a sense of satisfaction and fulfilment during her tenure with the Fine Arts National Institute. The biggest cause of that was Amalia Hernandez’ inability to connect European and modern dance. Spurred by “her cross-breed feeling, her contemporary mexicanism, vibrated with the half-breed’s resonance, already defined and on the surface of the colourful Mexico” (quoted from her biography), Amalia Hernandez became involved with Mexico’s traditional, cultural dance forms, leading to her successful and illustrious involvement with baile folklorico

Where was Amalia Hernandez born?

Amalia Hernandez was born in Mexico City (Ciudad de Mexico), the capital of Mexico, the most populous city in North America and one of the key cultural and financial centres across both North and South America. Mexico City was founded on March 13th, 1325 as Mexico-Tenochtitlan. It is located within the Valley of Mexico which is a part of the high central plateau of Mexico. It is one of the world’s highest capital cities with an elevation of 2,240 metres (7,350 feet) above sea level.

After being dissatisfied by her stint in the Fine Arts Institute, Amalia Hernandez decided to use her experience and influences to forge her own creative path. In the year 1952 she established her ballet dance company, Ballet Folklorico de Mexico and performed for the first time.

In 1954, Amalia Hernandez’ group got a chance to give a tv performance on the Funcion de Gala program.

Amalia Hernandez always expressed her love and affection towards her country and its culture. She always tried to highlight different elements of the rich Mesoamerican culture through her choreography. Amalia Hernandez’ dance creations always displayed the fabulous cultural diversity of Mexico, while also hearkening back to its pre-Columbian traditions. Amalia Hernandez’ relentless pursuit towards including indigenous dance forms into her choreography was driven by her desire to present an original Mexican identity which was not a result of the influence of Western Culture. Amalia Hernandez was a true symbol of Mexicanidad or Mexicayotl which was a movement which was started by Mexico City intellectuals in the 1950s, aimed at reviving ancient Mexican philosophy, tradition, religion and culture.

What was Amalia Hernandez’ first choreography?

For Ballet Folklorico de Mexico’s debut performance, Amalia Hernandez choreographed and presented the Melodies of Michoacan. The 1952 performance featured eight members from her group. The number of members of her group increased with time and they performed thousands of shows across the globe.

How did Amalia Hernandez die?

After a long, illustrious and influential career in the field of dance, on November 5th, 2000, Amalia Hernandez passed away due to natural causes at the age of 83 in Mexico City.

On September 19th, 2017, to celebrate the 100th birthday of Amalia Hernandez, Google released a doodle on its home page. Here’s what Google’s blog said in description of the doodle:

“Today’s Doodle celebrates dancer and choreographer Amalia Hernandez. She founded the Ballet Folklorico de Mexico and used it to share Mexican culture with the world.

Born in 1917, Hernandez developed a passion for performing and dance early in life. She became a choreographer at the Fine Arts National Institute, where she taught modern dance. She then turned her focus to traditional Mexican folk dances. She combined these dances with more choreographed movements from her formal training, helping to create an entirely new style of dance known as baile folklorico.

In 1952, Hernandez founded the Ballet Folklorico de Mexico. Beginning with just eight dancers, the troupe grew to over three hundred in the years to follow. The company performed on television for the first time in 1954, after which they were featured in a weekly broadcast. This success allowed Amalia’s group to tour North America and even represent Mexico in the Pan American Games in 1959.

The Ballet Folklorico de Mexico still performs to this day. Since its inception, the group has danced for more than 22 million people. Hernandez remained involved with the company until her death in 2000, working alongside her daughters and grandson.

Happy 100th birthday to Amalia Hernandez, remembered as an ambassador of Mexican culture whose legacy lives on through the Ballet Folklorico.”

The Life of Olympic Figure Skater Ashley Wagner and Accusations