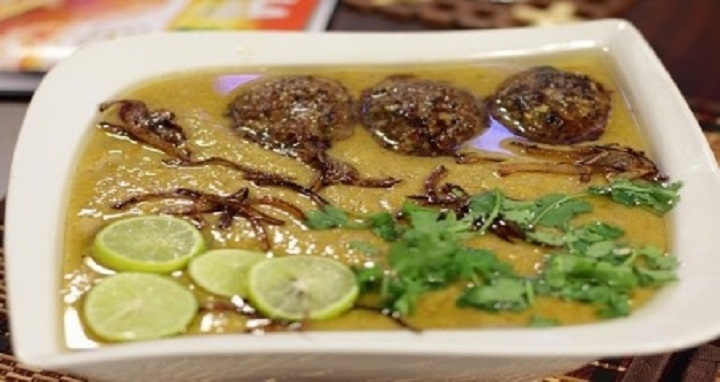 Kashmir is known for its culture all around the world. Its culture is unique, most influential in all over the country. A mountainous region lying in the north of India is great food varieties. In fact,  food is an essential part of its cultural unity. Some of the foods which mainly are known for their flavour, taste and spicy odour are wazwan. Wazwan is the favourite food of Kashmir which is mostly served on the wedding ceremonies. In fact, the temperature of Kashmir has an effect on its food culture. Some foods are being cooked in summer season while others in winter. Now the winter is in the middle part in the Kashmir. So the spicy foods are cooked. One of the most and important spices foods of Kashmir in chilled winters is Harrisa. It is locally called harisi or harrisa. This food is mostly cooked in the winter season in Kashmir. It is the favourite of not only to the adult population of Kashmir but young children also eat this food as well.

A harisa is a traditional Kashmir recipe which is mostly cooked in winters. It is made from Mutton or from lamb’s meat. Since all type of meat can be used to make harissa. But lambs meat is considered to be spicy and make a real harrisa. Onions, Ginger, garlic, Black cardamon, Rice are the main ingredients used to make Harrissa. First, the meat is washed and placed in the pressure cooker with an equal amount of water poured in it. An adequate amount of garlic, salt, cinnamon is added to meat put in steam. Then the washed meat is kept on heat for an hour. Bones in the meat are removed. Put the rice in a mixer so that it grinds it so that it should look like sooji. Mix the steamed meat with the spicy juices in the pressure cooker. Put it in a pan. Now add the meat to rice in another bowl containing only rice.  Heat the mixture for about 10 to 15 minutes until the combination of meat and rice becomes thick. Add other ingredients to the mixture and keep stirring for about 10 to 15 minutes. The mixture should become viscous and shows the initial stage of the making of Harrisa. Now mix fried onions and oil with this and keep stirring for another 25 to 30minutes.
Now take the mixture out and put it in a bowl for a whole night. Now the harrisa is ready for eating. You can eat harissa with lawasa or girda a local name of roti which increases the taste of harissa. People of Kashmir are seen to enjoy the eating of harissa in winters. According to doctors the harrisa is hot in its effects. So that is why harrisa can be enjoyed in chilly winters. Though the heart of winter in Kashmir chillia kalan has ended the chill is still in the valley of Kashmir. There are a number of restaurants which serve harrisa in Kashmir? Most of the restaurants are located in Srinagar city Rajbagh area.
According to doctors, harrisa is the best remedy to keep your body warm in this chilly winter. It provides necessary proteins to the body and keeps the body warm. Since it is prepared in a natural environment it is not only good for health but keep the body fit. It is also free from artificial preservatives and chemicals. It helps in regulating body function and helps in the building of dead tissues of the body. However, instead of various benefits for the human body there are some side effects which should be kept in mind as there is famous proved excess of everything is bad. Same is the case with eating of harrisa in large quantity. if a person would eat more than the his/ her capacity it will  lead to weight gain which can led to other diseases in the future. So eat it with your capacity and remain healthy.

Hi, my name is Muzafar Hamid. I have done Masters in Convergent Journalism from the Central University of Kashmir. I am a budding journalist. I am also a story writer. I have written for local news agency Press Trust of Kashmir and Kashmir age. My home land is Kashmir. My areas of interest are education, environment, lifestyle, agriculture and culture. I am also a blogger.