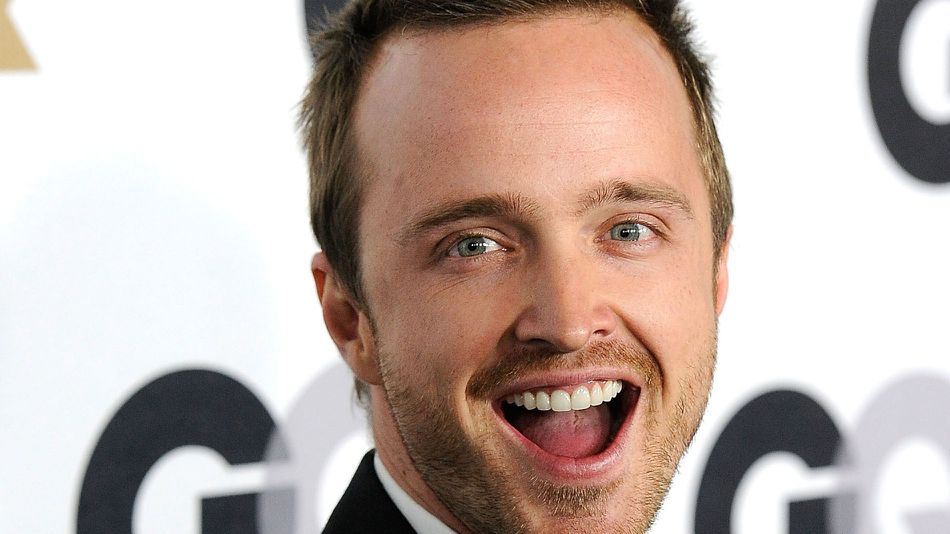 Before Aaron Paul became a TV star, the overly enthusiastic actor appeared on the CBS game show –where he made it pretty far.

Before he got his big break with Breaking Bad as an actor, Aaron Paul was a contestant on The Price Is Right. In a recent appearance on NBC’s The Tonight Show With Jay Leno, the Breaking Bad star talked about his visit to the long-running game show 14 years ago, when Bob Barker who at the time was still the host. Aaron Paul, who attended a taping with his friends, got called down to “contestants’ row,” where the overly enthusiastic future TV star screamed: “You’re the man, Bob!!!!! You’re my idol!!!!!!”

Of his enthusiasm, Aaron Paul remembered saying on The Tonight Show With Jay Leno, Leno: “I literally had six cans of Red Bull, obviously.” So how did he do? Aaron Paul made it onto the stage, after coming the closest to the price of a desk, where he continued yelling about how much he loved Barker.

“Wow, I look like I’m on meth,” the actor quipped to Leno before revealing that he had to leave the desk behind at his former apartment because it was too heavy to move. On price is right Aaron Paul advanced to the Showcase Showdown round, where he overbid on a prize package by only $132.

“I was depressed for many, many, many months,” Aaron Paul stated, before adding that one of his friends made it to the Showcase Showdown on another episode that taped the same day and made it up to Aaron Paul by taking him on one of the trips his friend won.

In a sketch with Late Late Show host James Corden and Breaking Bad star Aaron Paul broke onto the set of the Price Is Right game show to recreate his appearance as a kid under host Bob Barker.

As shown in clips from the episode, 17-years ago, a young Paul bid $26,500 on an item and lost the entire showcase by only $132. Aaron Paul tries to recreate his over the top entry saying “ Yeah I told you” !! jumping and kicking like he did back then with his friends.

It’s safe to say the Idaho actor re-enacted with the same energy and enthusiasm as he did when he was a kid. All in all, this is a good laugh but make sure you watch the first Price is Right from 2000 to fully get this video.

Fun Fact: In this video, James Corden got access to Aaron Paul spinning the wheel from the 2000 Price Is Right clip which wasn’t easy to get find elsewhere on Youtube.

While there is NO ONE who could have played the character of Jesse Pinkman better than Aaron Paul, Breaking Bad is nothing without its other cast members.

Watch Bryan Cranston and Aaron Paul talk about funny events of their life that will be sure to tickle your funny bone. The actors talked about compelling yet humorous stories they have collected over the years.

Aaron Paul drops an unhealthy amount of the word “Bitch” in Breaking Bad, making it so iconic and endearing at the same time for fans who love his character.

Fun Fact: Get Aaron Paul at the right place, right time and he will call you (or anyone you care about) a bitch. One fan asked him to say that to his wife.

Aaron Paul achieved TV immortality with Breaking Bad, but like any actor, he had to struggle his way through small-time gigs for years before his breakout role. Did you know that during the final season of Breaking Bad, Aaron Paul made a whopping $150,000 per episode! If you total up the fact that there were 16 episodes in the final season, that’s a pretty lucrative career (especially compared to crafting meth). But there was a time before Breaking Bad, when Paul was just a struggling actor and starring in commercials to pay his bills. Luckily for Paul, one of said early roles managed to pay his bills “for almost two years,” he revealed on Tuesday’s Conan.

Aaron Paul was a young teenager when he started getting commercials. Once the juicy fruit ad kicked in when he was 20 years old, little did he know that he would be having a funny conversation about it with Conan years later!

Aaron Paul made some good money on one really weird ad for Juicy Fruit. Aaron Paul told Conan last night that because there’s no dialogue in the ad, it was played in other countries and the money he got for it paid his bills for two years. But profitable as it was, the ad was super weird. Even years later it makes Conan and Aaron confused and slightly uncomfortable. Why did the scientist’s tie stay on? Why are they in this high school science classroom practicing telekinesis? Why are they disrobing each other?

Fun Fact: Aaron went from Cheques to Reality Checks. This ad helped Aaron Paul get to where he is today by giving him a huge dose of reality that some might say propelled him into greatness. After they stopped playing that commercial, it was such a loud reality check: ‘Oh my God, I need to get a job,’” Aaron Paul recalled.

After enjoying some laughs, it’s now time to watch this fun and uplifting video of Aaron playing with some kitties and answering questions. It all goes well and groovy till he realises at 3: 14 that he is in full blown and too deep into cat territory. Still, knowing that the fact that he is this sweet to the cats and the interviewers when he’s sleep-deprived from shooting that wrapped up around 9: 00 am and he hasn’t slept since shows us how sweet his personality is.

Fun Fact: If you’re wondering where is Aaron Paul from? He was born Aaron Paul Sturtevant in Emmett, Idaho, Darla (Haynes) and Robert Sturtevant, a retired Baptist minister. While growing up, Paul took part in church programs and performed in plays. He attended Centennial High School in Boise, Idaho.

Top 10 Infomercial products of all time