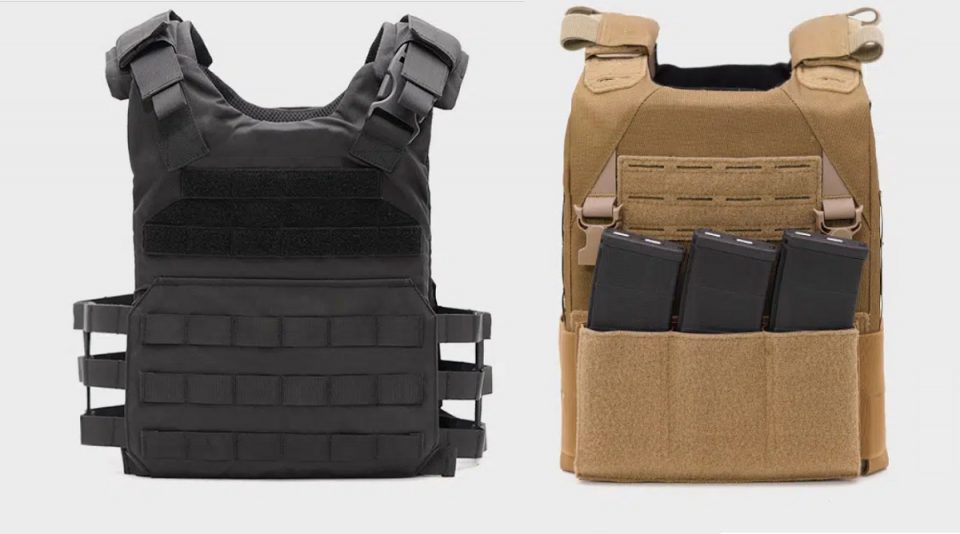 A plate carrier, also known as a ballistic plate carrier, is a piece of tactical equipment that serves as a “bulletproof” vest or body armor when used in conjunction with ballistic plates. Plate carriers are commonly employed by the military, police, and other tactical forces to protect them from numerous hits. They are removable and may be dropped in an emergency. Body Armor Plate Carriers are typically intended to handle a variety of sizes of ballistic plates, although the most common size is 1012″.

Uses of a Plate Carrier Vest

Tactical vests are now one of the most important types of kit for a contemporary military, and therefore for an air soft player. The plate carrier is light and practical thanks to modern technology. It’s not only good for protecting against bullets, but it’s also a great spot to attach and carry extra gear like a radio, grenades, or magazines.

There are several types of plate carrier Vests and they can broadly be classified into the type material they are fabricated from. The most common design is tactical plate carriers, which are suited for a broad range of applications. These carriers are composed of a high-quality Nylon material and are intended to provide a comfortable fit for the wearer. Tactical plate carriers are often basic or medium plate carriers that are meant for rapid tactical tasks rather than being worn by soldiers for lengthy periods of time. As a result, they are lightweight and lack the padding and other comfort-enhancing elements included in a full-fledged ballistic protection carrier system. For the greatest fit, they do offer cushioned changeable shoulder straps and side straps. You cen get it from https://acelinkarmor.com/plate-carriers/ .Other than that Kevlar fibres are exceptionally resistant with commendable tensile and compressive strength. There are several grades of Kevlar material available. Kevlar29 is typically the grade of Kevlar used in plate carrier vests. Kevlar by itself, due to its tensile strength allows protection against low caliber firearms. The protection offered by the Kevlar material is reinforced in plate carrier vests by use of metal, ceramic or polyethylene plates.

This property of plate carrier vests is linked to material of the plate being used, for example generally ceramic plating is brittle and will break apart on being hit by a bullet, protecting the wearer but losing protection in the area of impact from subsequent bullets. In contrast polyethylene is often claimed by manufacturers as a material which can withstand many back to back gun shots, as the material is essentially a plastic which embeds bullets in its many layers, as opposed to the more hard and brittle materials that may be primarily focused on shattering the bullet on impact and letting the Kevlar vest stop the shrapnel.

How plate carrier vests are rated

The rating given to these vests goes from Type IIA which is tested to stop 9mm full jacketed round nose bullets traveling at 375m/s all the way up to type IV which is rated to stop .30 caliber armor piercing bullets travelling at 878 m/s. These tests are conducted by the National institute of justice, a branch of the US department of justice, to standardize the manufacturing of these vests and ensure safety. Ballistic resistant and stab resistant vests are different Not all bullet resistant vests are stab proof; the national institute of justice classifies vests made for these 2 weapons differently and employs separate testing for each, the slashing and stabbing motion of knife attacks are also taken into account