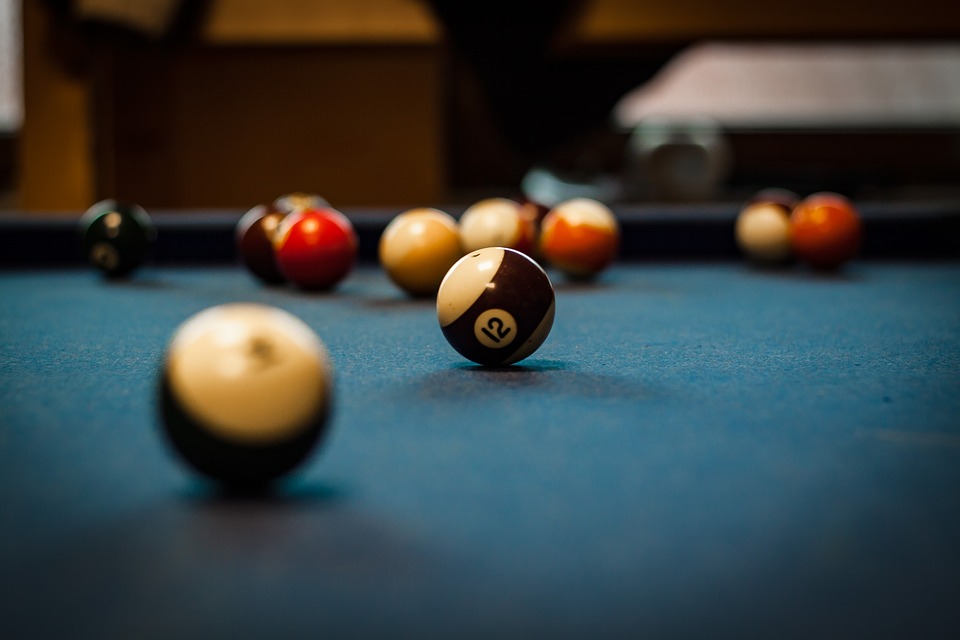 In this era of digital technology, mobile has overshadowed every aspect of life. The need for human interaction has become necessary more than ever before. Playing games with your friends can be rejuvenating. Cue sports is a kind of game involving pool cues and balls, which can be a fun experience with friends. Let’s look at the popular pool games for your digital detoxification.

The famous 8 ball pool, also known as the ‘solids and stripes’

This popular game is played with 16 balls and pool cues. The players start with all the balls racked together in the centre of the table, except for the white ball. The players then use their pool cues and cue ball to break the balls apart. Players can either try to pocket the seven striped balls or the seven solid balls. Players win by pocketing the black eight ball, after pocketing all the seven balls. If a player pockets the eight ball accidentally before time or knocks the black eight ball off of the table, it causes the opponent to win the game.

Quickly progressing, a fast-paced nine-ball pool is a very engaging game. There are ten balls on the table, including the white cue ball. Players must first hit the cue ball with the pool cues to contact the ball, and then pocket all the nine balls to win the game. All balls beside the cue ball are placed in the centre of the table. The players break the rack with the pool cues. A game can be won by hitting the lowest ball and pocketing the nine ball without fouling.

This is a multi-rack game that enables continuous scoring. Unlike 8 ball pool, there is no limitation of  solids or striped balls. The player calls the pocket. Each pocketed ball counts as one point. The first player to reach the agreed-upon score wins the game. The goal score can be picked by judging the amount of time you have to play.

One pocket – also known as the game of strategy

English Billiards – a combination of billiards and carrom

English billiards is a combination game combining pocket billiards and carom billiards. In this game, there are two cue balls, as well as a red object ball. Different players use different cue balls. The player whose cue ball gets hit by the pool cues closer to the baulk cushion chooses who will break. There are multiple fouls in this game, and each foul result in points being allotted to the opponent.

Take some time from your fast and busy life and have fun with your friends while playing these fun pool games and also try your hands on the pool cues and balls. You will definitely have a lot more fun than the digital version of this classic sport.

‘RAJA PARBA’ – The Most Unique Festival Of Odisha Celebrating Womanhood