The day has begun for people in the United States of America and the country is gearing up for the annual 4th of July celebrations. A big day for Americans, July 4 commemorates the adoption of the Declaration of Independence from Great Britain in 1776.
Revolutionary Wars that broke out across the colonies in April 1775 pointed to the fact that a few colonists were seeking complete independence from Great Britain. These were considered radical then but by mid-1776, many more began favouring independence from Britain.

The motion calling for the colonies’ independence was first introduced by a delegate Richard Henry Lee on June 7 at a meeting of the Continental Congress. The vote on this motion was postponed but a committee was appointed to draft a formal statement shedding light on the need for independence. This committee included Thomas Jefferson (Virginia), John Adams (Massachusetts), Benjamin Franklin (Pennsylvania), Roger Sherman (Connecticut) and Robert Livingston (New York).
On 2nd July 1776, the Congress saw an almost unanimous vote in favour of independence and two days later, the 13 colonies adopted the Declaration of Independence, a document that was drafted by Thomas Jefferson. Though the vote actually took place two days earlier, it is the 4th of July that is celebrated as the birth of American independence.
Here are 15 interesting and fun facts related to July 4: 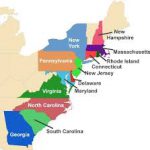 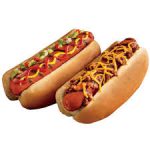 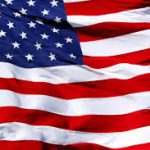 4th of July, 2018 will see a plethora of parades, firework displays, barbecues and family gatherings in every town of the United States. Wishes from across the globe have already started pouring in on social media.
So grab a hot dog and wait for the sky to light up!
And if you are a history nerd, you can take a look at the complete text of the Declaration of Independence here.
http://www.ushistory.org/declaration/document/

Megalophobia: What is the Fear of Large Objects and How to Deal With It?

An article- immensely informative, well-written and timely presented. Knowing the facts, figures and habits of Americans, one of the most influential nations of the world, is wonderful yet easy through your artistic writing.