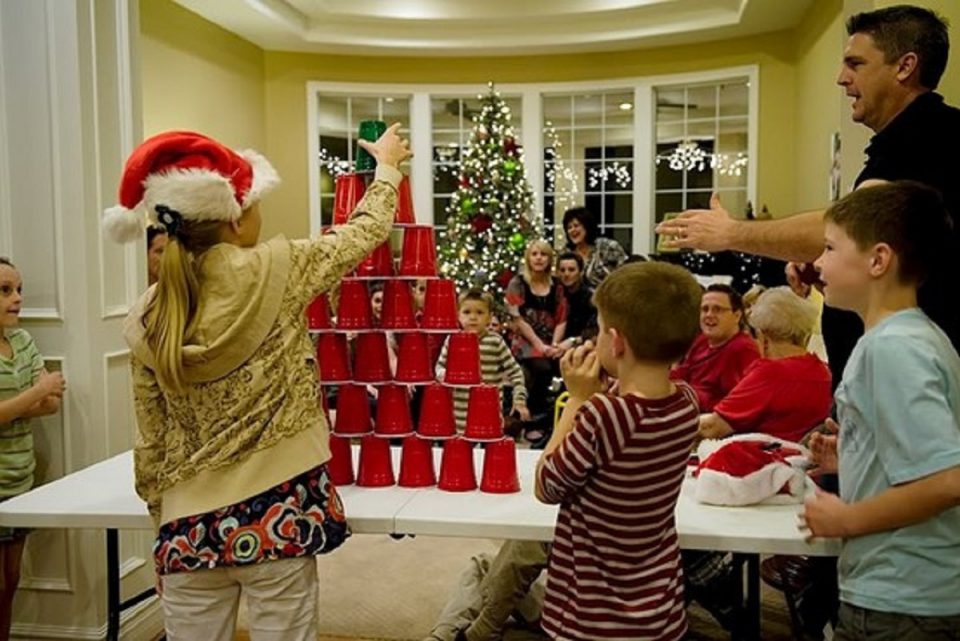 Two-fifths (43%) of Singaporean people indicated they expected to spend 28% less on average on Christmas last year. With that in mind, party games for kids are a great and very budget-friendly way to bond with the little ones during the Christmas season. But at home, without the ideas that a Christmas holiday camp can offer, choosing a game can be a tough task.

Here are some of the best Christmas party games for kids that your children, nieces, nephews, or grandchildren will love.

Kids try to put the nose on a snowman, elf, or reindeer in this Christmas rendition of the traditional “pin the tail on the donkey” game.

Simply design your favorite Christmas character on a large piece of paper or cardboard and use Blu tack to adhere it to the wall.

When it’s time to pin, make sure everyone is wearing a blindfold (a scarf or tea towel would suffice).

The winner is the one who comes closest to the real nose.

For this one, fill a stocking with a variety of unwrapped Christmas-themed objects (for example; pine cones, candy canes, Christmas tree decorations).

Then have each child put their hand in the stocking and try to determine what an item is based only on their sense of touch. If you want to make the game more challenging, have the children search for and remove particular objects from the stocking.

Detective Santa is a game that’s all about finding hidden objects. The game can be played by all ages, but it’s best played with children to get them into the Christmas spirit. It’s also fun for kids to get the chance to explore parts of their home they don’t usually go in. This game can be great for teaching children observation skills and how to figure out puzzles.

It involves hiding some items (e.g., candy canes or Christmas bells) around the house and getting kids to try to find them while adults watch from afar without giving any clues or hints.

Christmas collapse is a game that asks kids to stack plastic cups and knock them over. The children will use a ball, made from a sock, to try and win. They can also make the game more challenging by adding a greater number of cups for them to topple.

The aim of this game is to have the children feel successful when they manage to take down all the cups in one go or when they’ve been able to knock some down gradually. It is perfect for the holidays because it is a game that all the family can come together, have fun, and do some exercise with arm throwing at the same time.

Playing balloon tennis during the Christmas season is another great way to enjoy the festivities and have fun with your friends and family.

In this game, you have to hit the balloon from one person to another so that it doesn’t touch the ground. You can play it as singles or doubles, with both teams containing two people.

While playing balloon tennis, you will need some supplies good quality, balloons in different colors. To add variety you can also use a bat which you can make yourself at home using some household items like a broomstick, a rubber band, and some cardboard.

This is a Christmas-themed variation of “In Grandmother’s Basket,” in which the kids take turns adding to a growing list of things Santa could have in his sleigh. The children alternate memorizing the list of items in Santa’s sleigh until one of them makes a mistake or forgets the next item.

Mitten Magic is a fun and interactive game for kids at Christmas. The game is played with a pair of gloves and the player has to attempt to unwrap a candy or tie a decoration to the Christmas tree (or any other festive object that is in the room). Gloves aren’t required very often in Singapore, but if you’ve ever gone ice skating, you should have a couple of pairs in your closet.

This is a fun game for kids of all ages. It is also a great way to reuse old Christmas cards. The goal of the game is to stack cups as high as possible on top of the built-up cards. Then take turns removing one cup at a time without knocking over the stack. This game is great for all in the family and allows players to use their creativity when deciding how to add cups.

This game is perfect for any age, and it’s easy to play. All you need is a pen and paper and some festive imagination. To make the game more Christmassy, you can draw objects like candy canes, candy cane sticks, gingerbread men, Christmas tree lights, and more.

To start the game:

Draw a Christmas tree with a star on top of a huge piece of paper or cardboard. After that, draw point zones on the tree for 10, 20, 30, and 40, with 50 for the star. The goal is to score the highest possible with a ball created from a rolled sock.

The game is played by two teams. One team has to do charades and the other has to guess the name of the film. Team one will pick a film from Santa’s hat and then they have to act it out. Team two then have to try and guess what film it is.

This game is really fun for kids to make them feel the magic of Christmas. They love to get creative with their acting skills and have a lot of fun guessing what their most loved festive films are.

The Grinch party game for kids is another great way for them to have fun with the other children and the young at heart. It’s also a great way to bring some Christmas cheer into their home.

You should hang up a drawn Grinch on the doorframe using a piece of string or ribbon. Keep it out of arm’s reach so it’s not going to be very easy for them to hit it. The first round should be with Nerf guns, then switch over to rolled-up socks.

13 – The Smell Of Christmas

Our final idea is a Christmas party game all about testing their senses. Kids are blindfolded then have to guess what they can smell. Try using hot chocolate, marshmallows, gingerbread, Christmas tree needles, cinnamon, and more to make it more festive.

Feeling Heavy? Here’s How You Can Lose the Water Weight