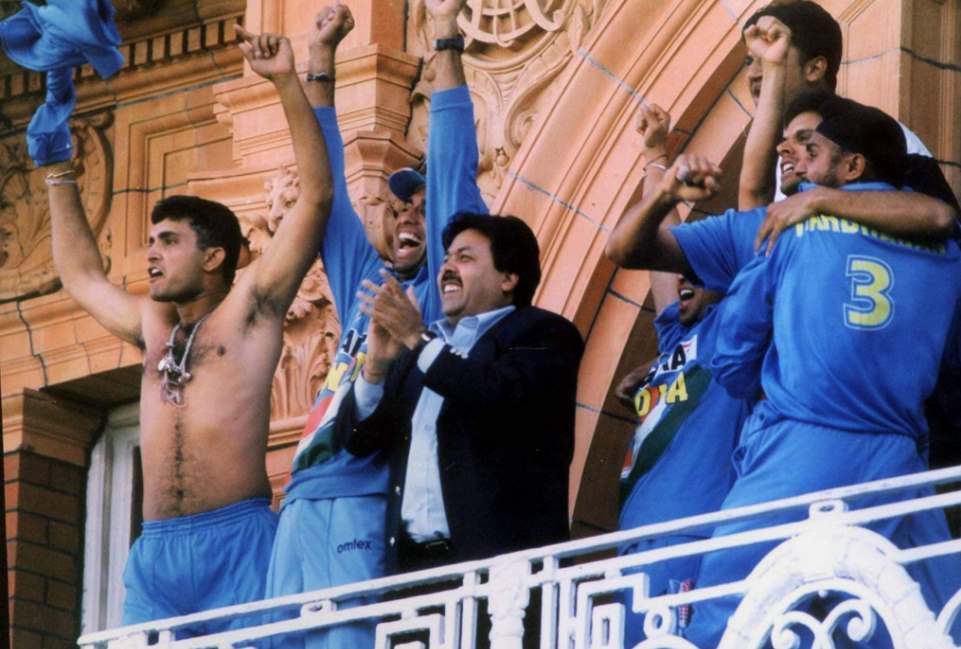 Indian Cricket has been a Brand and also an Emotion for most of us! We love, we cheer we encourage the Men in Blue to win Glory. Cricket is not just about scoring runs or taking wickets, it includes everything- from setting records, winning hearts, or even expressing emotions. Certainly, we all get emotional at times so why not our Cricketers? Here are the 10 Revenge Moments by Indian Cricketers That Shows Karma Is Real! Indeed there is nothing more satisfying! So, let us check them out!

It all started after the 18th over when the English All-Rounder came up with banter against Yuvraj Singh! However, the major intention was just to heat up the Batsman and to make him play a False Shot to get him out. He gave the ball to Stuart Broad but Karma hit him back! Yuvraj ended up the over by striking 6 sixes on the 6 balls he bowled while setting up a new record. The over ended up being the worst over by any English Bowler and probably Andrew Flintoff stayed away from Yuvraj Singh till the end of the match! Yuvraj also scored the fastest 50 by any Indian in a T20 World Cup Event!

You May Like: The Highest T20 Scores in History

2. Venkatesh Prasad ‘showing the way’ to Aamir Sohail in the 1996 World Cup quarterfinal

India Pakistan matches are always exciting and when it comes to Cricket, Billion of People across the country relives the Moment! This is practically one of the epic rivalries that took place on the field. Aamir Sohail was in a decent position who had already hit a fifty. He smashed a 4 on the Venkatesh Prasad on the covers and indicated him to fetch the ball from there! Surely, if you are an Indian cricket Fan, you would love what Venkatesh did next! In the very Next ball, Venkatesh bowled him out and signaled him to go back to the Dressing Room! Epic Revenge! 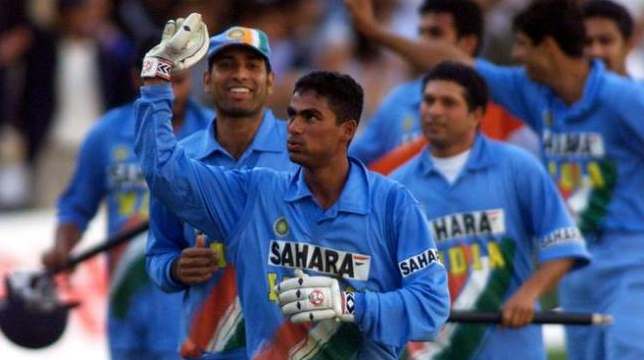 The NatWest Series of 2002 has seen a lot of dramas to come and many records to be broken. Chasing a mammoth Total of 326, Two Youngsters Mohammad Kaif and Yuvraj Singh stepped up the occasion. To make the chase unsuccessful, the English Captain Nasser Hussain started to sledge Mohammad Kaif by calling him as a Bus Driver. Kaif was very young back in 2002 and decided to reply with the bat and not with the Mouth! His temperament took the ultimate revenge on the English side as he was till the end of the winning runs and taking the English side for ‘The Ride’. 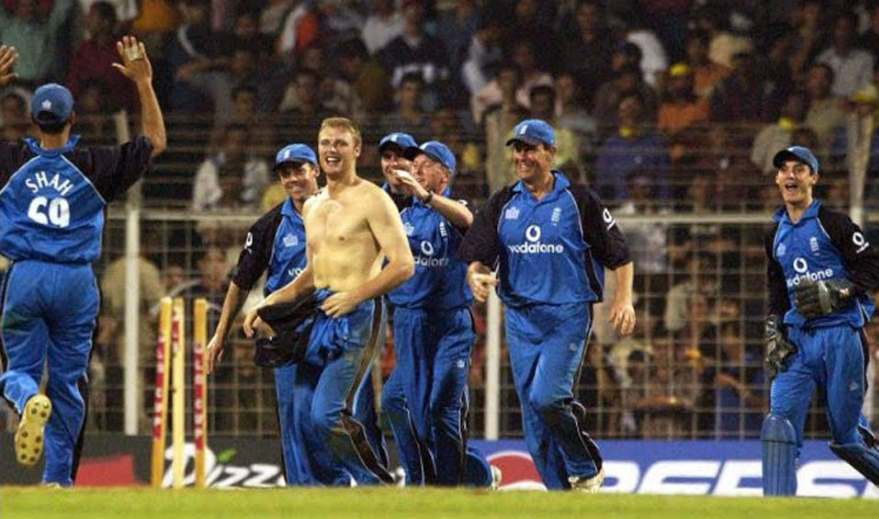 Certainly, there were many dramas involved in The NatWest Series of 2002. This time, it was the Indian captain taking some action on revenge! Much before Andrew Flintoff could do some banter with Yuvraj Singh in 2007, he got involved in an inappropriate winning gesture against India. In 2002, England won an ODI series against India where the Final was held in Mumbai. However, Andrew Flintoff decided to take off his shirt and run across the stadium after winning the ODI series.
Karma Strikes Back!
Just a Few Months later, India went for The NatWest Series where the Final was held at Lords. After the Historic win, Sourav Ganguly took off his Shirt while standing at the balcony and decided to wave it!

After the match, this is what Ganguly had to say about his charged celebration to Geoffrey Boycott.
Boycott: You must mention your experience about taking your jersey off and flying it in the air at the Mecca of Cricket: Lord’s! Ohhh, you naughty boy!
Ganguly: One of your boys also took off his jersey here in Mumbai.
Boycott: Yeah, but Lord’s is the Mecca of Cricket.
Ganguly: Lord’s is your Mecca, and Wankhede is ours!

5. Sachin Tendulkar and his Revenge against Henry Olonga 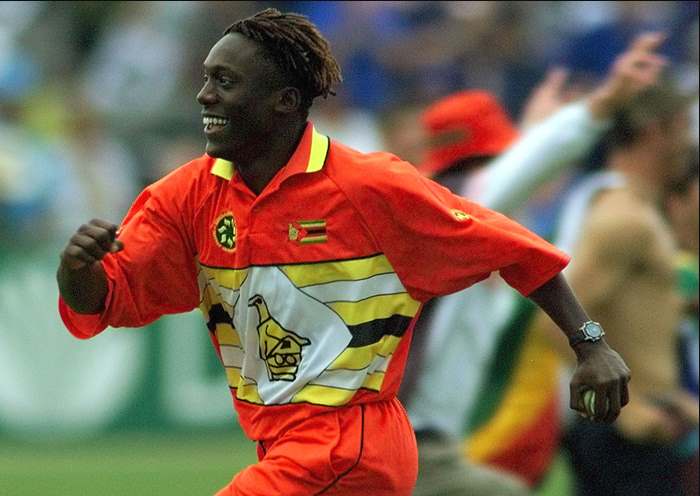 Henry Olonga played International Cricket for nearly 8 years but he will always be known for his epic celebration against Sachin Tendulkar and also the revenge was taken against him. The Incident dates back to the year 1998 when Henry Olonga got Sachin Out for just 11. However, this is not where everything stopped. Henry decided to show his excitement after his dismissal. However, Sachin Decided to take his revenge in the very next match. Sachin hit almost every delivery by him for a 4 or a 6 and scored a beautiful century in one of his finest innings till date.

6. MS Dhoni Hammering the Aussies after the Tussle

We all know MS Dhoni as the Coolest Cricketer ever. Not only because of his style statement, but his ability to stay calm under pressure situations and win matches for India. But, back in 2009, it was one of the rare scenes on display as he broke out in ager for the first time. While the Batting power play was On, MS Dhoni decided to hit the ball hard on strike. However, the shot went to the fielder. Not wasting any second, Dhoni decided to sprint to make atleast a single run off the delivery. But intentionally, and willingly, the bowler Mitchell Johnson blocked his way. Luckily for him, the throw went wide of the stumps and he tussled across the crease. Giving his angry look, the Indian Cricket Fans could see what was coming. The furious captain hammered the bowlers to all parts of the ground, much to the ecstasy of his fans. 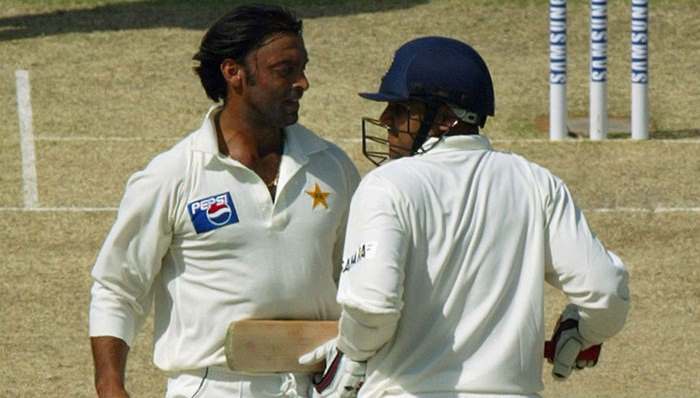 During one of the matches in the 2003 World Cup, Shoaib Akhtar repeatedly kept telling Sehwag to play a hook shot as he threw bouncers. Frustrated and angry, Sehwag told him, “Woh Tera baap khada hai samne non-striking end pe, uss ko bol woh mar ke dikhaye ga.”
The person on the other end was Sachin Tendulkar.
Shoaib threw a bouncer to Sachin in the next over and he hit a 6. After this Sehwag replied with his typical swag, “Baap baap hota ha, beta beta hota hai”.

India and Pakistan matches have always been intensifying and certainly, this epic battle between Sachin Tendulkar and Moin Khan was one of the finest battles. Sachin was often used as a part-time bowler because of his skills and ability to turn the ball. But it seemed like Moin Khan completely underestimated the bowler. Just before the last ball of the match was to be bowled, Moin Khan stated that “Aaj to Mein Tujhe Chakka Marunga!”. However, it was the little master who replied with “Main ise pehle bhi out kar chuka hoon. Aaj bhi yeh main isko out karunga”. And he did. He bowled a great googly to bowl Moin Khan out!

9. Zaheer Khan guiding India to victory with a 5-wicket haul 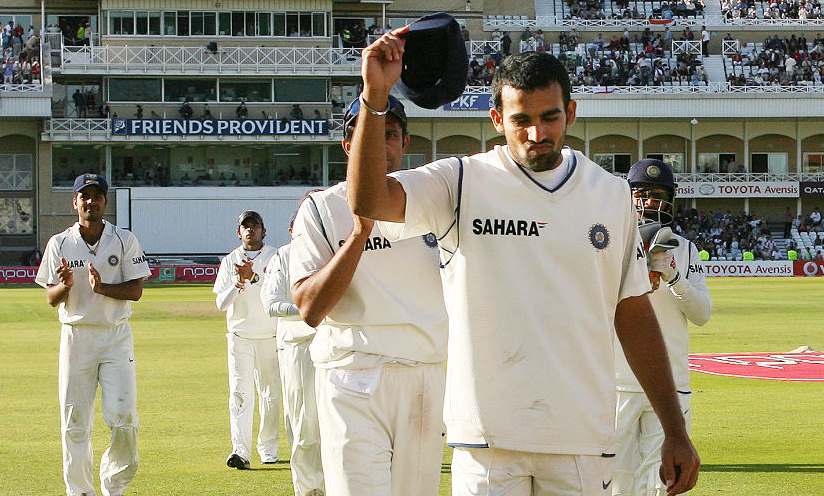 Sledging the Tail Enders while they are batting is not a new story. The incidents happened quite a number of times with Zaheer Khan. But, it was once while he could take a great revenge on the English Side. Back in the year of 2007, Zaheer Khan found jelly beans lying on the Crease. He complained to the umpire, but the English Players were not willing to stop at all. However, Karma decided to lay it’s part and when he came on to bowl, he took a 5-for in the next innings, playing a big role in India’s victory. This is certainly one of the finest revenge moments.

https://www.youtube.com/watch?v=kHtoVnHogME
Let’s just say it took Pakistan some time to realize they shouldn’t mess with Sachin. As a 16-year-old, when Sachin went to play in Pakistan in 1988, the crowd held posters saying- ‘go home and drink milk’; but unperturbed, he went on with his business.
Seeing Sachin perform well, bowler Abdul Qadir went up to him and said, “Bachhon ko kyu maar rahe ho? Hume bhi maar ke dikhao.”
And so he did. The over recorded: 6, 0, 4, 6, 6, 6- all of which were hit by Sachin.