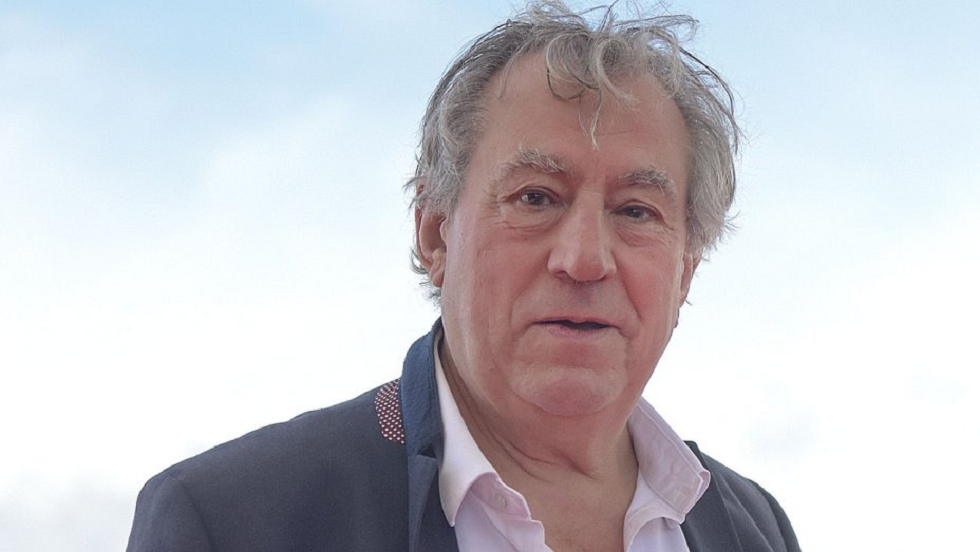 Terry Jones or Terence Graham Perry Jones or Jonesy was the founding member of the Monty Python Troupe. He was popularly known as “a man of endless enthusiasm” and ‘the complete Renaissance comedian” by his colleagues. A man who died at the age of 77 suffered from dementia. In 2016, Terry received a Lifetime Achievement Award at the BAFTA Cymru Awards due to his exclusive contribution made in film and television. He lived many years with degenerative aphasia and gradually lost the ability to speak. Terry died on 21st January 2020 in London’s apartment.  On his death, his family said, “We have all lost a kind, funny, warm, creative and truly loving man whose uncompromising individuality, relentless intellect and extraordinary humour has given pleasure to countless millions across six decades.”

Born the year 1942 in Colwyn Bay of North Wales, Terry Jones mother Dilys Louisa was a homemaker and his father Alick George Parry Jones was a bank clerk. His elder brother Nigel Jones is a production designer. The grandparents of Terry managed an entertainment business besides managing local Amateur Operatic Society. They staged for Gilbert and Sullivan concerts too. Terry completed his studies from St. Edmund Hall College, Oxford University. Although he loved reading English, he was a graduate with a degree in History. During that time, he along with his friend Michael Palin performed together in comedian roles for Oxford Revue. He partnered with Palin in 1965 for performing in The Late Show. Alongside, he worked as a writer and actor for Do Not Adjust Your Set (1967) with Eric Idle, David Jason and Palin. He performed for television with Palin in 1969 in Complete and Utter History of Britain which was a comedy show related to historical personas. In one of the statements made by his closest friend Palin, he said about Terry Jones, “Terry was one of my closest, most valued friends. He was kind, generous, supportive and passionate about living life to the full,”

Undoubtedly, Terry Jones greatest success was found after his anarchic and irreverent foundation with Palin, Graham Chapman, Idle, Terry Gilliam and John Cleese which they named as Monty Python’s Flying Circus in 1969. John Terry not only gave writing inputs but also played the role of several classic characters like overly obese Mr Creosote who explodes after taking in little more water in The Meaning of Life, the incompetent detective superintendent Harry “Snapper” Organs who works on Kray Twins in the Piranha Brothers sketch. He also worked as a tobacconist for Dirty Hungarian Phrasebook and various other shrill-voiced sketches like ‘ratbag women’. As soon as the enormous “Foot of Cupid” thundered during the openings of Monty Python, it stomped the authority over the British comedy during the times when prolific and lengthy stretch were performed in the 1970s and 1980s. Terry’s troupe won the best offbeat and unpredictable TV shows that ran successfully for 5 years till 1974. The Spanish Inquisition and Four Yorkshire performed by Terry are still imitated and quoted in many plays.

Controversies and criticisms made of Terry Jones works

The Monty Python troupe was a ground-breaking, unconventional, invariably inspired yet, was a controversial too. The actors performed at their best to reveal unrelenting and satirical attack made by British institutions, the hierarchical rulers and maker of class structures. In one of the interviews, Terry said: “The thing is we never thought Python was a success when it was happening, it was only with the benefit of hindsight”. Along with writing and acting for Monty Python, Terry also co-directed with Terry Gilliam for Monty Python and the Holy Grail and took the credit of solo directing for Monty Python’s Life of Brain in 1979.

After Monty Python, Terry re-joined Palin once again as a co-writer for initiating good episodes in the Ripping Yarn, Tompkinson’s Schooldays, Whinfrey’s Last Case, The Curse of the Claw, Murder at Moorstone and The Testing of Eric Oldthwaite.  He also scripted for Labyrinth in 1986 from the story of Jim Henson and Dennis Lee. On a serious note, Terry involved himself in making newspaper sideliner and as a columnist. He was regarded as an outspoken as well as a political commentator like a staunch critic made on Iraq war. Terry was always fascinated with ancient and medieval history such as Geoffrey Chaucer which made him present series of TV documentaries. He made research as well as published books like Medieval Lives in 2004 and Barbarians in 2006 which were both inspirational as well as controversial.

Throughout his life, Terry Jones wrote and presented many books and television documentaries based on ancient and medieval history. His first book, Chaucer’s Knight: The Portrait of a Medieval Mercenary (1980) offered an alternative look on Geoffrey Chaucer’s, The Knight Tale. The Chaucer’s Knight is interpreted as an epitome of Christian virtue; however, Terry asserts that if we have a look into the history and the battles of the knights, it can be interpreted as a potential and a typical cold-blooded kill. He co-wrote Who Murdered Chaucer in 2003 where he argues that Chaucer was near to King Richard II. After the King was deposed, Thomas Arundel persecuted the Chaucer to death.

Terry Jones television series like Terry Jones Medieval Lives proved to be challengingly popular. In 2004, Emmy Awards nominated it as one of the ‘Outstanding Writing for Nonfiction Programming’. Terry argues that the middle ages were more sophisticated than popularly known to be. Terry Jones Barbarian was released in 2006 which revealed the cultural achievements of ones who were conquered by Romans. The conquering is though taken as a positive note in Roman history but attributed to the Sack of Rome in 410 AD.

Terry wrote several columns for The Guardian, The Observer and The Daily Telegraph condemning Iraq War. Many of his writings and editorials were published and collected in a paperback named as Terry Jones War on the War on Terror. In 2011, another book Evil Machines was published with the help of an online publishing house named Unbound of London’s Adam Street Club. This book was the first one which was published by a crowdfunding website for books. Terry was significant support for Unbound through which they were able to develop the new publishing concept. Terry Jones poems appear in Poetry review as he was also a member of Poetry Society.

Terry Jones got married in 1970 to Alison Telfer. They had two children together named Sally born in 1974 and Bill born in 1976. The couple had an open marriage. However, in 2009, Terry left Alison for 41 years aged Anna Soderstrom. She was junior to him and together they had been in a romantic relationship for five long years. In 2009 September, Terry and Soderstrom had a daughter named Siri.

Health and the reason behind Terry Jones death

Terry was diagnosed with primary progressive aphasia in 2015. It is one of the forms of frontotemporal dementia which is strong enough to impair the speak ability and communication in human beings. Terry first recognised his concern during Monty Python reunion show Monty Python Live in 2014 July. He had difficulties in remembering lines. Since 2016, he was no more able to give interviews or talk to media. From 2017 April onwards, Terry Jones lost the ability to speak completely and could repeat only a few words of agreements.  On January 21 2020, he died at his home in North London due to extreme complications of dementia.

Is Your Mattress Affecting Your Sleep Quality?

How to Choose a Captivating Essay Topic