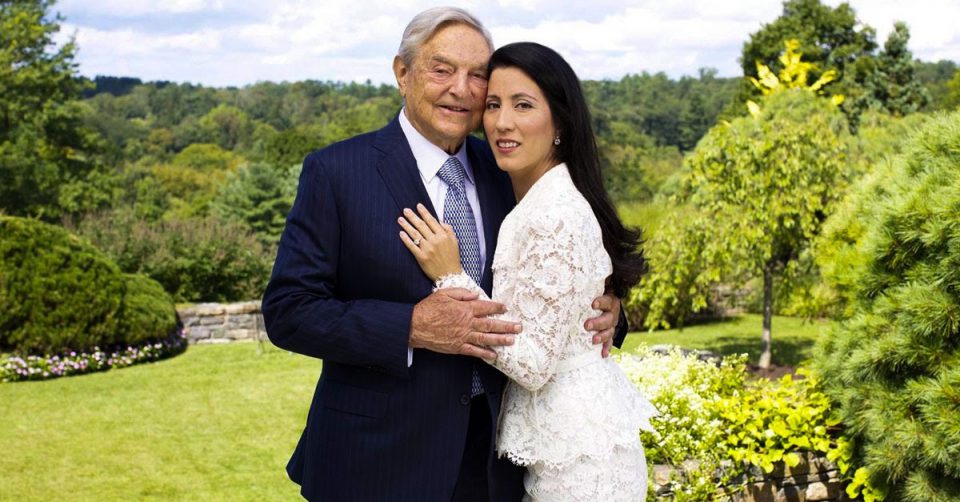 Tamiko Bolton is well known for exuding a great amount of confidence, style and contentment through her personality. She has become very famous after marrying famous billionaire investor George Soros, 42 years her senior. Before all the fame she enjoys today, she still thrived in the different facets of her life. Even though she has only become famous after marrying a billionaire, there’s more to her than that. Let’s find out.

Tamiko Bolton: All You Need to Know

Who is Tamiko Bolton?

Tamiko Bolton rose to fame after marrying billionaire investor George Soros. Prior to that, she had a quietly successful life as an entrepreneur. She had also held an education consultancy office and practised as a pharmacist as well. Despite marrying one of the richest people in the world, Taiko Bolton isn’t known for splurging his money around and living a decadent lifestyle. As a matter of fact, she has continued to work on her personal goals after her wedding as well.

When was Tamiko Bolton born?

While the exact date of birth of Tamiko Bolton is not known, she was born in the year 1971 to Japanese and American parents. By virtue of her birth in California, USA, Tamiko Bolton received an American citizenship. Ethnically, she is Japanese-American. Tamiko Bolton’s father was a naval commander before his retirement and the mother was an employed nurse. There isn’t any information about her siblings and Tamiko Bolton is presumed to be an only child.

Where did Tamiko Bolton study?

There is no information about the high school Tamiko Bolton went to. Nonetheless, she graduated from high school with high grades that allowed her to pursue higher education at the university level. Bolton attended her higher education at the University of Utah where she graduated with a Bachelors degree. She was certified as a pharmacist after graduation. She went on to complete an MBA degree at the University of Miami.

Tamiko Bolton started working soon after finishing her college education. She started practising as a pharmacist in a high-end health facility. While serving as a licensed pharmacist, she continued studying. After that, she doubled up as an education consultant. The experience she gained from the health institution enabled her to found and run an online business that sold vitamins and other dietary supplements. She also began providing online yoga education to anyone willing to learn. Her business ventures thrived and earned her a good life. Even after marrying George Soros, a man worth $8.3 billion, Tamiko Bolton has still not stopped working on her own. In addition to her businesses, she is a partner at the Soros Fund Management Company.

What is Tamiko Bolton’s net worth?

The net worth of Tamiko Bolton through her own work is not known. However, her husband George Soros is worth a staggering $8.3 billion.

Who is George Soros’s wife?

Billionaire George Soros is married to Tamiko Bolton. She is 42 years his junior and the couple got married in 2013. Tamiko Bolton is the third wife of George Soros while he is her second husband. Before the couple married, Bolton was not in the public eye. This dynamic couple first met in 2008 at a dinner party. They entered into a relationship that lasted three and a half years after which they announced their engagement in August 2012. The baron had proposed to her a few weeks earlier during their weekend visit to the beach on Long Island in the Hamptons. 13 months after the news of her betrothal to him, the couple solemnized their marriage in September 2013 in an auspicious ceremony. They cited their promises in the presence of Kimba Wood, a federal judge, in a simple non-denominational ceremony. 500 guests attended the vows ceremony in the Soros Estate, Bedford. An after-party that was attended by about 300 guests was held at the Caramoor Center for Music and Arts, Manhattan. Bolton’s wedding dress was designed by the infamous fashion designer Reem Accra who also made gowns for Jennifer Lopez and Angelina Jolie.

What kind of ring did Tamiko Bolton receive?

George Soros gave Tamiko Bolton a Graff diamond designed on a gold band wedding ring. At the time of their wedding, she was 42 years old while Soros was 82. One interesting occurrence during the wedding event was that the venue was used as a sneak peek for Rene Magritte’s paintings. Guests were requested to not come bearing gifts to the party. Instead, the guests made hefty monetary donations that were channelled into charity establishments such as the National Dance Institute, Roma Education Fund, Global Witness and Harlem Children’s Zone.

How many children does Tamiko Bolton have?

Tamiko Bolton did not have any children in her first marriage. She now focuses on her marriage with Soros and has established a good relationship with his 5 children from earlier marriages. They all attended her wedding.

What are some of the controversies that Tamiko Bolton has been involved with?

Tamiko Bolton was incriminated in a controversial matter in 2011. She and her husband, then boyfriend, had been sued for $50 million by Adrianna Ferreyr, George Soros’ former girlfriend. Ferreyr claimed that Soros had given his Upper Manhattan apartment to Bolton yet he had promised to give it to her. The apartment’s worth at the time was $1.9 million. To avoid further trouble, Soros transferred a significant amount of money to his second wife, Weber. In turn, she was asked to forego his 16 room duplex at 1060 Fifth Avenue for which she had expressed interest. During the court hearing, Ferreyr went on a rampage and attacked Soros, Bolton and their lawyers. The dramatic event placed Bolton in an uncomfortable position. She was accused of being a gold-digger for dating a man who was almost twice her age. Eventually, the matter was settled, and Bolton still owns the apartment. Bolton has never been incriminated in any other controversy since the incident.

How tall is Tamiko Bolton?

Tamiko Bolton is five feet five inches tall. She maintains her body size by being physically active and eating very healthy. She is also a yoga teacher and has said that yoga has helped her maintain her youthful looks.

What is Tamiko Bolton’s hair colour?

What is Tamiko Bolton’s eye colour?

How old is George Soros’ wife?

George Soros’ third wife Tamiko Bolton is 42 years younger than him. She has been labeled a gold digger by many people for marrying a man in his 80s, but that label has been unjustly applied to her since she has continued to work on her entrepreneurial endeavors even after marrying a man worth $8.3 billion.