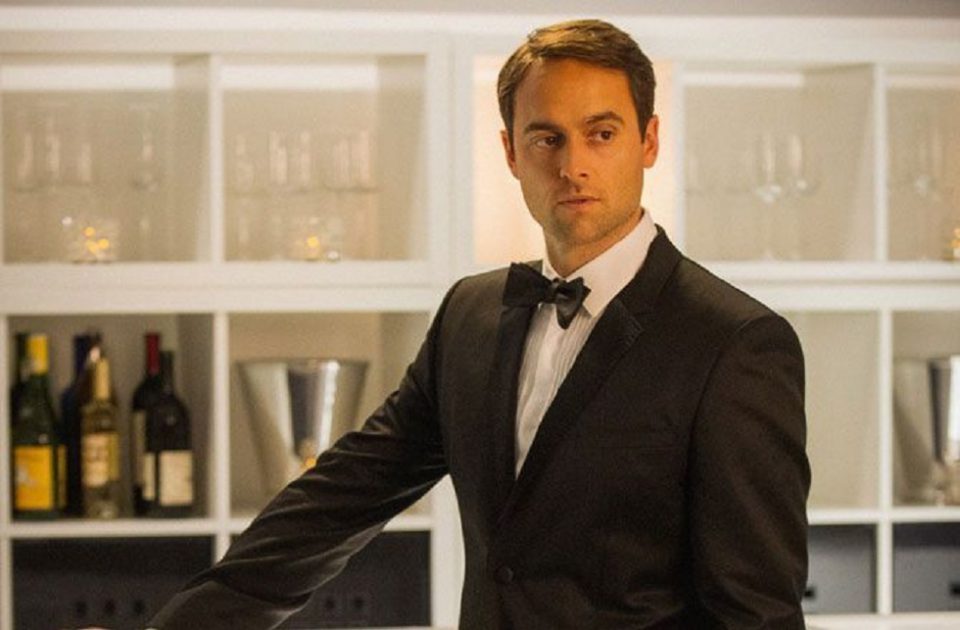 Stuart Townsend, an actor deemed “too young” to act in Lord Of The Rings and Night Stalker alongside Gabrielle Union has had a lot to overcome. Here we take a look at his personal journey, his marriage to Hollywood star Charlize Theron and what he’s up to now.

Stuart Townsend is a famous actor hailing from Ireland. He played some memorable roles like Lestat de Lioncourt in the 2002 movie Queen of the Damned (based on Anne Rice’s novel of the same name) and Dorian Gray in the 2003 movie The League of Extraordinary Gentlemen (based on the Alan Moore and Kevin O’ Neill’s graphic novel of the same name). He is also famous for being the original choice to play the role of Aragorn in Peter Jackson’s adaptation of J.R.R. Tolkien’s Lord of The Rings (one of the most expensive movies ever made) before being replaced by Danish-American actor Viggo Mortensen. Let’s take a look at the life and career of Stuart Townsend.

Stuart Townsend: All You Need to Know

When was Stuart Townsend born?

Where did Stuart Townsend study acting?

Stuart Townsend went to the Gaiety School of Acting in Dublin. He made his non-professional stage debut as a part of the school’s production of Tear Up The Black Sail in 1993. A year later, he made his professional stage debut with the John Crowley directed play True Lines. The play debuted at Kilkenny and eventually moved on to the Dublin Theatre Festival and London’s Bush Theatre.

Which was Stuart Townsend’s first movie?

Stuart Townsend started his career with small roles in Irish short films like Summertime and Godsuit. In 1996, he made his feature length debut with the Anglo-Irish produced movie, Trojan Eddie. Stuart Townsend’s first ever leading role was in the 1997 British movie Shooting Fish.

When did Stuart Townsend start getting international attention?

After his breakout role as the titular character in About Adam, Stuart Townsend started getting noticed by the American audience and critics as well.

Which big movies has Stuart Townsend appeared in?

As a result of his international acclaim from About Adam, Stuart Townsend landed roles in big-budget Hollywood flicks like Queen of the Damned (as vampire Lestat de Lioncourt) and The League of Extraordinary Gentlemen (as Dorian Gray). During the mid-2000s, Stuart Townsend flew back across the Atlantic and appeared on the London stage. He starred as Val Xavier in the Tennessee Williams play Orpheus Descending. He appeared alongside legendary British actress Dame Helen Mirren as Lady Torrance in the play. In what could’ve been the biggest role of his career, Stuart Townsend was initially cast to play the role of Aragorn in the Peter Jackson epic The Lord of the Rings trilogy. Unfortunately, Stuart Townsend was replaced by Danish-American Viggo Mortensen just a day before principal photography was set to begin. Stuart Townsend spoke about the scenario involving his departure from the movie:

“I was there rehearsing and training for two months, then was fired the day before filming began. After that I was told they wouldn’t pay me because I was in breach of contract due to not having worked long enough. I had been having a rough time with them, so I was almost relieved to be leaving until they told me I wouldn’t be paid. I have no good feelings for those people in charge, I really don’t. The director wanted me and then apparently thought better of it because he really wanted someone 20 years older than me and completely different.”

In 2005, Stuart Townsend co-starred with famous American actress Gabrielle Union in Night Stalker, a remake of the famous ABC TV series from 1974, Kolchak: The Night Stalker. Stuart Townsend portrayed Carl Kolchak, a reporter investigating his wife’s murder. As a result of abysmal ratings, Night Stalker was cancelled after just six episodes. Stuart Townsend was deemed “too young” for his role by fans and critics alike.

Stuart Townsend was also slated to play the role of Fandral in the 2010 Marvel movie, Thor. However, unspecified creative differences led to his departure from the movie in January 2010, Stuart Townsend also played major roles in the ABC show Betrayal and the second season of Salem.

Which movie did Stuart Townsend direct?

Stuart Townsend ventured into the world of directing with the 2007 movie Battle in Seattle. The film was based on the WTO Ministerial Conference of 1999 World Trade Organization. The conference was marred by anti-globalization protests. The film featured a star studded cast of Charlize Theron, Woody Harrelson and Ray Liotta. However, the film was released to limited audiences only.

Charlize Theron and Stuart Townsend started dating after they met each other on the set of the 2002 movie Trapped. The couple stayed together in their Los Angeles and Ireland homes. Townsend dated actress Charlize Theron won the Academy Award for best actress for her role in the movie Monster, one of the best serial killer movies of all time. The couple considered their relationship to be an actual marriage despite never getting married officially. Townsend said:, “We didn’t have a ceremony. I don’t need a certificate or the state or the church to say otherwise. So no, there’s no big official story on a wedding, but we are married…. I consider her my wife and she considers me her husband.”  Unfortunately, Stuart Townsend and Charlize Theron split after an unceremonious holiday in Mexico in January 2010.

Where is Stuart Townsend now?

According to a statement released by Stuart Townsend’s brother in May 2015, Stuart Townsend had moved to Costa Rica and settled down there with a Costa Rican woman named Agatha Araya. Stuart Townsend went on to have two children with her, Desmond Townsend and Ezra Townsend. Stuart Townsend was rumoured to have quit acting and opened a car garage in Costa Rica. However, he made a comeback to the small screen with a role in an episode of Law & Order: Special Victims Unit, and in 2018 shot his scenes for the film The Martini Shot and signed to star in the film Grace and Grit.

Where is Stuart Townsend from?

Who was supposed to play Aragorn first?

Stuart Townsend was originally cast as Aragorn. However, the movie’s director Peter Jackson decided that he was too young to play the role and replaced him with Viggo Mortensen just a day before the commencement of shooting.

Why did Stuart Townsend leave Lord of the Rings?

Irish actor Stuart Townsend was originally supposed to play Aragorn in The Lord of the Rings (film series) movie trilogy. He was replaced by Viggo Mortensen after just four days of shooting because director Peter Jackson felt that he was too young to convincingly portray the character.

Who is Stuart Townsend married to?

How much is Stuart Townsend worth?

Stuart Townsend’s net worth is around $5 million. He has made most of his money through his acting career.

How tall is Stuart Townsend?

So that was a brief snapshot of Stuart Townsend’s life and career. We will leave you with a video clip featuring his exceptional acting skills.

Intermittent Fasting- A Boon for Weight Loss. Here is Everything You Need to Know!