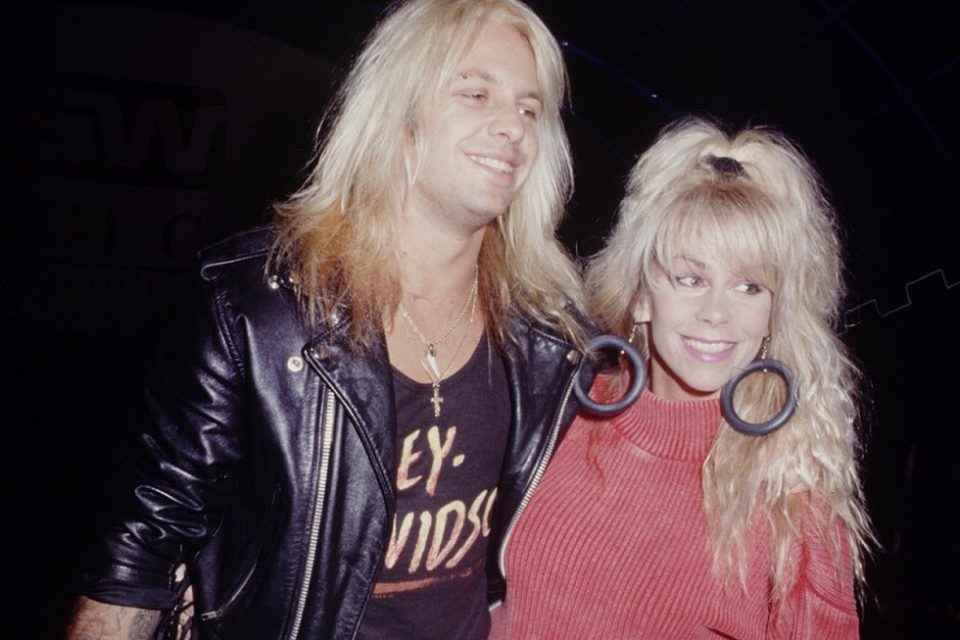 Sharise Ruddell was married to Vince Neil, the frontman of the legendary 80s Glam Metal band, Motley Crue. When someone is married to a celebrity like that, there is usually a lot of information available on them. However, despite her status as the former wife of the infamously wild rockstar, there isn’t much information available on her. Vince Neil and Sharise Ruddell also had a daughter, Skylar. Sadly, Skylar died because of cancer at a very young age. A lot of the prevalent info on Sharise Ruddell sometimes appears to be hearsay and an attempt to whitewash all the controversies and scandals surrounding her. Not that we condone articles written to just unfairly criticize someone, it’s always better to find and share more accurate information about someone. That’s fair really since blasting Sharise isn’t the goal and finding out more about her would be nice, but being able to wax on and on about her personality and how, somehow, her blonde hair and the color of her eyes match her personality (what does that mean?) is still kind of odd in its own way. Let’s find out a little more about this blonde bombshell.

Sharise Ruddell: All You Need to Know

Was Sharise Ruddell a mud wrestler?

While Sharise Ruddell was very famous in the 80s, very little is known about her whereabouts today. While it might be a result of concerted efforts on her end to stay out of the limelight, the reality is, it’s very tough to dig up concurrent information about her. Aside from modeling, Sharise Ruddell was also a mud wrestler. In fact, she might have caught Vince Neil’s eye while he was attending one of her mud wrestling events. The flamboyant Motley Crue frontman did go on to marry her eventually.

Why did Sharise Ruddell and Vince Neil separate?

Depending on who you ask there’s not a lot of information that’s been shared by the media on why she and Vince separated after a few years of marriage, but it does appear to have been a trend back then as it still is now from time to time. The loss of their daughter Skylar was obviously a dark time in their lives as losing a child to cancer is a tragedy that no parent wants to contemplate but far too many in the world have to. Something like this would likely hollow out many parents and cause them to wonder just what went wrong, what they’d done, why fate had it in for them and many other dire questions that had no definitive answers.

Vince Neil’s four year old daughter Skylar died of cancer after months of pain in 1995. Vince Neil entered the most self destructive phase of his life as a result. His music career was waning already and his daughter’s death truly threw him off into an abyss of drugs and depression. He went really hard on drugs and even hallucinated about his dead daughter visiting him:

What’s truly sad unfortunately is that when speaking of Skylar’s unfortunate fate much of the attention still shifted to Vince Neil, while Sharise Ruddle was basically included as Skylar’s mother and the fashion model that Vince had married. Either she didn’t want to put her two cents in, which would be easy to understand given the pain that talking about such a time could cause, or the attention simply went to Vince without any hesitation. In a way that would appear at first glance and even second glance to be the case since as successful of a model as she might have been back in the day Sharise was still often looked at as Vince’s wife. Well, if you are the wife of the frontman of the most notorious band in the world, a band which was very famous for writing songs about sex and debauchery, it’s hard to take the wives of the band members as anything but ar candy. Even women like Heather Locklear and Pamela Anderson, who went to have successful acting careers of their own, were mainly known as ‘rockstar wives’ during the time they were married to Motley Crue drummer. Most of the wives of the Motley Crue members were called eye and arm candy since the lot of them were, and still are really, good-looking women that had a lot of personality beyond just being shown off by their husbands.

What is Sharise Ruddell doing today?

But as far as what Sharise is doing today there aren’t a lot of sites out there that are going to give out a lot of detail. However, according to a few credible sources, Sharise Ruddell has forged a successful career in the world of fashion designing. She also has an 11 year old son named Colt who aspires to be a DJ upon growing up. After her divorce from Vince Neil, she was left virtually penniless, but she didn’t give up and fought hard to get herself back up on her feet. But her experiences to date have left her toughened and more than ready to face a world that many learn early on is not bound to be kind to those that can’t help themselves. She’s become a rather strong and independent individual that’s made a point of letting people know that she’s not a pushover and her tolerance for drama is zero. While she was married to Vince Neil, she lived the dream life. She flew everywhere with the world’s most notorious band, partied hard, and rocked hard. She obviously lost all of that once she divorced Vince Neil. However, she has done an extremely commendable job of rising back up in life. Being a model at her age is possible but it’s more of a struggle since models tend to start young and either move up or finish still relatively young unless they’re gifted with the type of genes that allow them to look younger than they are. Sharisse Ruddell has utilized her genetic gifts and the glamorous world of fashion, has completely been on her side. More power to her and here’s to more years of success.

Roxanne Pallett: The Punchgate Scandal and Other Aspects of Her Life