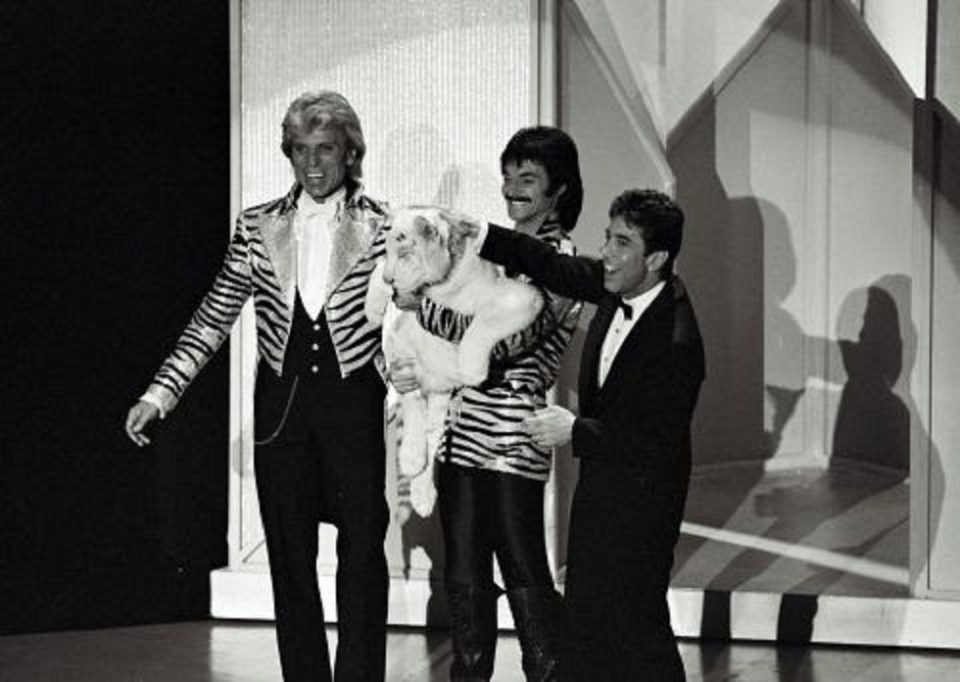 Roy From “Siegfried and Roy”: Life and Death

Roy Horn, from the legendary illusionist duo Siegfried and Roy, has died aged 75 from lethal complications related to the coronavirus. The legendary magician died at Mountain View Hospital in Las Vegas on Friday, 8th May, his publicist Dave Kirvin confirmed. Dave Kirvin also added that Roy Horn had tested positive for the coronavirus last week to the New York Times. After the news of his passing, his better half Siegfried Fischbacher posted a heartfelt message.

“Today, the world has lost one of the greats of magic, but I have lost my best friend.” Fischbacher also stated: “From the moment we met, I knew Roy and I, together, would change the world. There could be no Siegfried without Roy, and no Roy without Siegfried.”

Fellow magician Criss Angel also posted a heartfelt note. “Thank you for your kindness, inspiration and friendship,” he wrote. “You will forever be etched in history,” he added in a video message.

Mr. Roy Horn, Thank You for your kindness, inspiration and friendship. You paved the road and will forever be missed. May we meet again one day… Love, Criss

A public memorial will be planned in the future for Roy Horn, according to a certain press statement. He leaves behind his brother, Werner Horn, and his longtime performance partner, Seigfreid Fischbacher. Fischbacher also pitched to the public for donations in his friend’s name to be made to the Cleveland Clinic Lou Ruvo Center for Brain Health or the Nevada Covid-19 Response, Relief and Recovery Task Force. As people all over the world try to pick up the devastating pieces that Covid-19 left behind, there is a way to have a normal life if you can follow some rules, especially if you have to travel for work.

Who is Roy Horn?

Roy Horn, one half of Siegfried and Roy was born in Germany in 1944. If you trace back their love for animals, Roy’s connection began at a very young age. His passion for animals began with his dog, Hexe, when he was just a child. Roy’s  mother’s friend was the founder of the Bremen Zoo, which gave a young Roy Horn access to exotic animals from the age of 10.

As he grew older, his connection with animals  started to extend to the exotic species. Once he took a job on a cruise ship, he and a fellow called Siegfried Fischbacher met, marking the beginning of “wild” friendship and the rest is history!

In 1989 they hit the stage, big time and went on to have a 14-year run at the Mirage Resort performing magical illusions with exotic animals that helped to make tigers, lions, even giants such as elephants disappear and reappear.

In a tragic accident in 2003, Horn was critically hurt after one of their tigers bit Horn in the neck during a performance, dragging him off stage. The incident (which occurred at the Mirage hotel-casino on the magician’s 59th birthday) left him partially paralyzed with severe neck injuries and massive blood loss requiring two surgeries. Ron later had a stroke. This attack ended the long running “Siegfried & Roy” production. The revered magicians only performed together one more time following the accident for a benefit before they would retire in 2010.

After a happy 75 years of life, Roy Horn died of complications from the coronavirus on Friday, May 8th, 2020. The pandemic that started a global lockdown has been responsible for many deaths and public arenas are being forced to shut down.

How did he become famous?

Roy Uwe Ludwig Horn and Siegfried Fischbacher began performing in Europe, before they became regulars on the Las Vegas circuit, where they performed for four decades.

Siegfried and Roy were an institution that began in Nevada and grew so popular that the pair performed six shows a week, 44 weeks per year. It’s safe to say that their artistry consistently attracted sell-out crowds. This is until Roy from “Seigfriend and Roy” became synonymous with “on stage accidents gone bad”.

During one horrific and unforgettable show, 1,500 fans watched a 400-pound white tiger named Montecore sink his teeth into Roy Horn and drag his unconscious body off the stage. Luckily Roy Horn survived the attack.

The US Department of Agriculture studied the incident and produced a 233-page report. But the investigation did not determine why the tiger acted as it did. As one USDA spokesman Jim Rogers stated to NPR’s Steve Inskeep in 2005, “We do try to understand why animals in this situation may turn on a trainer… There have been cases in the past where it was something as simple as somebody turning their back on an animal or changing a costume without allowing the animal to become familiar with it. In this instance, I don’t believe there was a reason that we determined for the animal turning on Mr. Horn.”

When Roy Horn survived and partially recovered he came back to his beloved audience on stage with the same cat for one performance in 2010. Horn has put all the blame on his team and not the tiger. He said the animal was reacting to the stroke and acting to save him and not the other way around. A statement from the duo’s publicist says Roy referred to Mantecore (the tiger that mauled him) as “my lifesaver.”

Why did the white tiger attack?

One of the biggest reasons that Siegfried and Roy became the most popular entertainers in Las Vegas is that they were willing to go above and beyond for the sake of entertainment. The German-born immigrants discovered each other while performing on a cruise ship. Before long, they made it to Vegas. Their now-famous show started there in 1967.

Exotic animals were always part of their show and the men treated them with a combination of awe and respect, raising the animals from infancy. But some critics say the performers got a little too comfortable being around wild animals. The animal trainer (CL) who worked with Siegfried and Roy opened up about his reasons for why the tiger attacked. Even though it was a freak accident, Chris Lawrence blames himself for the terrible accident that happened during the performance. As USA Today reported, Lawrence has even been diagnosed with PTSD and is recovering from alcohol abuse, night terrors and suicidal thoughts from guilt.

Lawrence spoke about what happened on October 3, 2003 which was Roy Horn’s 59th birthday. Many of the audience members were friends of Horn’s because it was his birthday and Lawrence encouraged him to perform with the tiger.

“This moment haunts me to my core and plagues me with overwhelming guilt,” Lawrence said. “I actually talked Roy into using the tiger that would ultimately maul him and end the most successful stage show in the history of Las Vegas.”

Lawrence described the tragedy, saying: “What Roy did was, instead of walking Montecore in a circle, as is usually done, he just used his arm to steer him right back into his body, in a pirouette motion. Montecore’s face was right in (Horn’s) midsection. By Roy not following the correct procedure, it fed into confusion and rebellion.”

The huge animal reacted aggressively and pursued Roy Horn, mauling him practically to death. But despite his near-fatal wounds, Horn was insistent that no harm should come to the animal. Meanwhile, the show shut down immediately and all the show employees were promptly laid off.

Were Siegfried and Roy a couple?

In a world where you can’t believe everything that’s said, this one is true. Siegfried and Roy, are in fact, former lovers and lifelong friends. The couple has rarely talked about their relationship or about their sexuality publicly.

Mary Kay Letourneau: The School Teacher Who Married Her Student

Which Types of Skirts Should You Choose From?