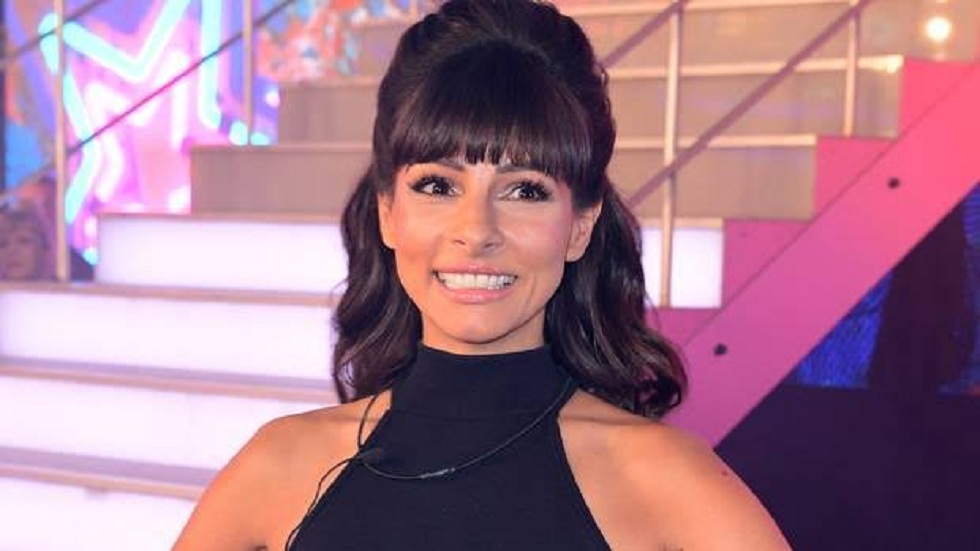 Who is Roxanne Pallett?

Roxanne Pallett is a famous English actress who has also worked as a broadcaster previously. Roxanne Pallett is renowned for playing the role of Jo Sugden on ITV’s Emmerdale between 2005 and 2008. Roxanne Pallett also became famous for appearing in a string of horror  movies such as Lake Placid 3 (2010), Wrong Turn 6: Last Resort (2014) and Devil’s Tower (2014).

Where was Roxanne Pallett born?

What is the name of Roxanne Pallett’s band?

In her last year at university, Roxanne Pallett co-founded the all-girl band Urban Angel, writing songs for them with producer, ex-East 17 member and Ivor Novello award winner Tony Mortimer. Roxanne Pallett landed a recording deal soon after that and spent a year developing her music in London and co-creating a TV show.

When did Roxanne Pallett play Jo Sugden in Emmerdale?

Roxanne Pallett auditioned for several roles in Emmerdale and was offered the role of Jo Stiles (which eventually became Jo Sugden).

During her three years on Emmerdale, she was nominated for several awards, including Sexiest Female, Best Storyline, and Best Actress at The British Soap Awards, the Inside Soap Awards, and the TV Quick Awards.

Roxanne Pallett played the role of Jo Sugden on Emmerdale  between 2005 and 2009. She made her debut appearance on the show as Jo Stiles. She changed her surname after marrying long time resident and farmer Andy Sugden.

Her show’s storyline involved domestic violence at that time and her relationship with her on-screen husband turned very toxic.

As a part of the story, Andy Sugden sent Roxanne Pallett’s character to the hospital on multiple occasions with broken bones.

On one occasion, Roxanne Pallett’s character, Jo Sugden stood up for herself and fought back valiantly to stop her husband’s physical abuse. In an intense fight, Jo Sugden ended up impaling her husband on some farm tools.

After the accident, Andy Sugden lied and claimed that Roxanne Pallett’s character Jo Sugden attacked him without being provoked. However, the truth came out eventually.

Roxanne Pallett’s character Jo Sugden tried to remain in the village following her split with her husband Andy Sugden. However, he refused to let her go, and she was forced to run away from him.

Jo Sugden also released a statement about Andy Sugden’s physical abuse when they were involved in a dispute regarding the custody of their child, Sarah.

What are the reality shows Roxanne Pallett has appeared in?

Roxanne Pallett is a big star in the world of reality television and she has appeared in several reality TV shows such Celebrity Stars in Their Eyes (2005), Soapstar Superstar (2006–07), Dancing on Ice (2009), Celebrity Big Brother (2018), Celebrity Island with Bear Grylls (2018) and Celebrity Coach Trip (2019).

In November 2005, Pallett won a celebrity edition of Stars In Their Eyes as Gloria Estefan, although the programme was never transmitted. During January 2006, Roxanne Pallett also appeared on the ITV entertainment singing show Soapstar Superstar. Roxanne Pallett finished fourth in the event and ended up raising over £70,000 for the Eden Valley Hospice Jigsaw Appeal. Co-incidentally, Roxanne Pallett also met her then partner, actor Richard Fleeshman while she was competing on Soapstar Superstar,. She was also named in the 2006 100 Most Sexiest Women in the World list by FHM in 2006. Pallett went on to do photoshoots for rival magazines Loaded and Maxim.

After leaving Emmerdale, Roxanne Pallett also participated in the fourth season of ITV’s Dancing on Ice in 2009. Roxanne Pallett’s partner was professional ice-dancer Daniel Whiston. She was voted off unanimously by the judges following a skate-off with former Blue Peter presenter Zoe Salmon, but went onto take part in the show’s spin-off Bolero Anniversary UK Tour.

Scheduled to play the lead role in 2009 Christmas pantomime Cinderella at the Theatre Royal, Newcastle upon Tyne, she left three weeks into the run following the death of her best friend.

In 2010, Roxanne Pallett also appeared in a guest role for the BBC’s Casualty show. She also made her professional stage debut in Rock Around The Clock, which toured the country until September. In the same year, she also made her film debut in Lake Placid 3. In September 2010, Pallett toured with Eve Ensler’s Vagina Monologues, opposite Nikki Sanderson and Sue Jenkins. In 2012, Pallett played a troubled 17-year old school girl, Shelby Dixon, in BBC’s Waterloo Road, a role that was twelve years younger than the actress herself in real life. That was followed by another guest appearance in Casualty as the psychotic character of Keeley Hyatt. She was also cast as Sarah McColl in British horror film Devil’s Tower, followed by the urban comedy It’s A Lot, in November 2013. Pallett also played Janet Weiss in the 40th anniversary UK tour of The Rocky Horror Show.

In 2016, Roxanne Pallett began a run in the UK touring production of the eighties musical The Wedding Singer based on the Adam Sandler and Drew Barrymore film of the same name. Roxanne Pallett co-starred with Ray Quinn and Ruth Madoc in the popular stage musical. In April 2017, Pallett unexpectedly left the production mid-way through its run despite positive reviews. In February 2018, Pallett joined local radio station Minster FM as co-host for its weekday breakfast show, after admitting that she had felt unfulfilled and undervalued as an actress for many years. Pallett left the station after seven months, following her appearance on Celebrity Big Brother.

In August 2018, whilst participating in the twenty-second series of Celebrity Big Brother, Pallett falsely accused fellow housemate Ryan Thomas of punching her. She later slept in the spare bedroom, after she claimed that she felt uncomfortable sleeping in the same room as him. Following the incident, Thomas was given a formal warning, and maintained that he did it with “no malice”. However, Pallett branded him a “liar”, and a “woman beater”. She subsequently decided to leave the house in the early hours of Day 17 (1 September 2018). Two days after leaving the house, on 3 September 2018, she returned for an interview with show host Emma Willis, which was shown during that night’s eviction programme, where she apologised, stating she had made a “horrible mistake” and said that she wanted to be forgiven for her actions. The incident, which generated more than 25,000 viewer complaints to Ofcom, was dubbed “punchgate” by some sections of the press.

In September 2018, Pallett appeared on the third series of Celebrity Island with Bear Grylls, which was filmed in May. She left in the first episode after the camp fire smoke reminded her of a childhood house fire and she suffered a panic attack as a result. After waking in the night in a panic, Roxanne Pallett told all her camp mates: “Smoke that nearly killed my family in a house fire when I was 16, the smoke, the smell is taking me back to that time.” Another misfortune on the Island which Roxanne Pallett endured was getting her leg caught in a fishing net and having to be cut free by other camp mates.

In 2019, Roxanne Pallett appeared on the fourth series of Celebrity Coach Trip.

Is there a rose named after Roxanne Pallett?

Cheshire-based grower C&K Jones showcased a new rose during the 2007 Southport Flower Show. The deep red hybrid rose was named after Roxanne Pallett and it was known as Rosa Roxanne Pallett.

Why did Roxanne Pallett split from her fiancé?

In January 2019, her fiancé Lee Walton dumped her, according to a report published in The Sun.

According to a source close to Roxanne Pallett: “Roxanne’s whole life appears to have fallen apart in the past six months.

Professionally, no one wants to touch her and now her personal life is in tatters.

“She and Lee got very serious very quickly but it has ended completely. She is gutted.”

Roxanne Pallett got engaged to the steelworker Lee Walton just six days after the pair met in the summer of 2017. The couple started talking on Instagram over a mutual love for Elvis Presley.

As per various reports, Lee Walton has moved on from Roxanne Pallett and was spotted taking a mystery blonde out for dinner with his parents in his hometown of Thirsk, North Yorkshire.

When was Roxanne Pallett in a car crash?

During a stock car race on July 18th 2018, Roxanne Pallett crashed at high speeds into a concrete wall. Luckily she survived the crash.

The horrific accident occurred at the Hunmanby Raceway near Scarborough, Yorks. Roxanne Pallett blacked out for 30 seconds after the crash.

She was airlifted 41 miles to Hull Royal Infirmary after firefighters spent two hours trying to cut open the wreckage and rescue her.

Roxanne Pallett was involved in a race with Ben Fry, her Minster FM breakfast show co-host. The race was held in promotion for the Outlaw Gold Top Shootout event scheduled on August 11th.

What is Roxanne Pallett up to after the CBB ‘punchgate’ scandal with Ryan Thomas?

After suffering a major blow to her TV and film career after the “punchgate” scandal, Roxanne Pallett has been considering a normal job.

According to a source that spoke to OK! Magazine: “Rox knows a TV comeback is not going to happen anytime soon, if ever.

But eventually she’s going to need to work again and is now thinking about where that next cheque will come from.

She would like to just get a normal job but she’s still too recognisable for that at the moment so she’s having to be a bit more careful with her spending.”

Roxanne Pallett’s last TV show appearance was during an episode of Celebrity Coach Trip on E4. However, that episode was filmed before she entered the Celebrity Big Brother house.

Who is Sandra ‘Sandi’ Toksvig, How Tall is She and Who is She Married To?

PCP (Personal Contract Purchase Finance) – All You Need to Know