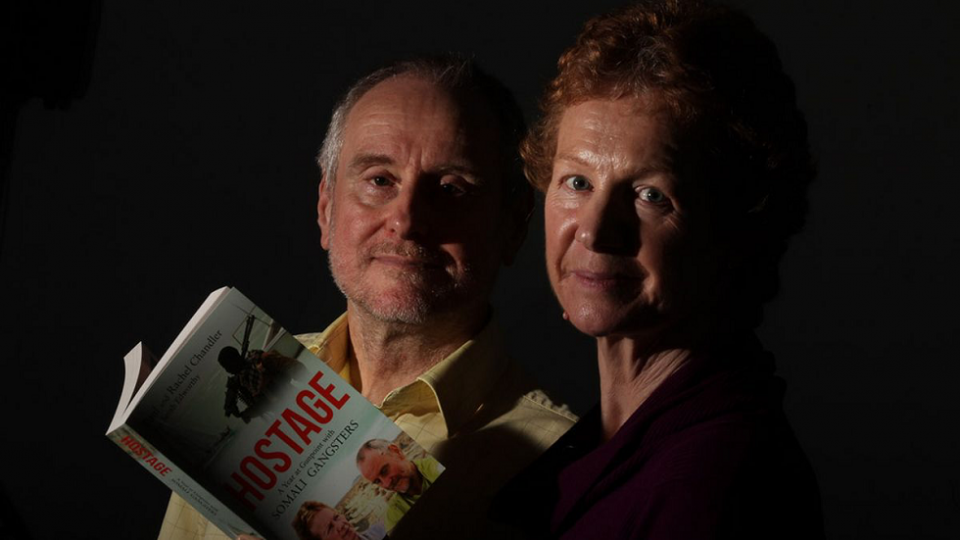 Paul Chandler is a Cambridge-educated civil engineer and his wife Rachel Chandler is a former government economist. Both of them wrote a book after going through an arduous ordeal that involved being taken as hostages in a foreign country. This is their story:

What happened to Rachel Chandler and Paul Chandler?

In 2009, the British couple excitedly prepared for their dream journey across the Indian Ocean. This British couple was kidnapped from their yacht by Somali pirates, and it wasn’t long before they were captured by Somali pirates and subjected to daily physical and emotional torture. and was freed after a ransom was paid. Paul and Rachel Chandler, then 61 and 56, from Tunbridge Wells, were handed over by the pirates to officials in Adado, central Somalia. The couple were living their retired life sailing the world on their 38ft yacht Lynn Rival when they were taken hostage on 23 October soon after departing the Seychelles for Tanzania.

The pirates forced them to sail to Somalia, where they were taken on to land. They also demanded a £4m ransom which was far beyond the means of Chandlers.

Talking at a press conference at the presidential palace in the Somalian capital, Mogadishu, before flying to Kenya, a thin-looking but smiling Rachel Chandler told reporters: “We’re happy to be alive, happy to be here, desperate to see our family and friends, and so happy to be amongst decent, everyday people, Somalis, people from anywhere in the world who are not criminals, because we’ve been a year with criminals and that’s not a very nice thing to be doing.”

Paul Chandler wore a large camera around his neck and was taking photos. But when he was asked if he had felt their lives had been in danger during captivity, he said: “That’s something we’ll talk about later, but we were not really directly endangered by the gang, after the initial seizure.” He said “ideally” he would like to get back to sea soon.

And talk about it later they did, their story was fully explained in their book Hostage: A Year at Gunpoint with Somali Pirates. Those photos he took would have come handy as a nice reminder of their fresh taste of freedom.

The couple were met in Mogadishu by the Somalian prime minister, Mohamed Abdullahi Mohamed, under heavy guard by African Union troops. In a statement to the Chandlers, Mohamed said: “The Somali government and Somali people are pleased that they got their freedom. The transitional federal government … exerted every humanly possible effort to bring you back to your loved ones and notwithstanding what you went through.”

Mohamed Aden Tiicey, a senior official in Adado, confirmed that a ransom had been handed over to the pirates.

However, the Chandlers’ family refused to comment on how their freedom was negotiated, saying only that common sense had “finally prevailed”. In a statement, they said: “The family believes it would be irresponsible to discuss any aspect of the release process as this could encourage others to capture private individuals and demand large ransom payments, something that we are sure none of us wants.”

The family said the couple were “in good spirits, although tired and exhausted by their experience”, and asked for them to be given the opportunity to adjust and return to their families and friends.

They added: “Throughout the protracted discussions with the pirates it has been a difficult task for the family to get across the message that these were two retired people on a sailing trip on a small private yacht and not part of a major commercial enterprise involving tens of millions of pounds of assets.”

The couple’s MP, Conservative Greg Clark, said that the pair’s freedom was due in large part to the “professionalism” of Foreign Office officials and backed the UK’s stance of not engaging in ransom talks. “They [the Foreign Office] maintained their cool over the year. I know they kept the family informed of the security situation.”

Relatives of the Chandlers also hired a specialist negotiating team. Many don’t know but one deal to free the couple collapsed at the last moment, reportedly after a ransom payment had been made in Somalia. The Somali government and diaspora groups also tried to help, but it wasn’t successful.

Meanwhile, the Chandlers were locally moved around Somalia’s arid central region. Both suffered health problems at various times and complained of ill-treatment by their captors.

Where are Rachel Chandler and Paul today?

After their release in November 2010, you may be surprised to learn what Rachel and Paul Chandler from  Captive are doing today.

There is no shortage of shocking stories on Netflix. The docuseries Captive reveals the story of what it’s like being kidnapped by pirates in real life, which is more shocking than any plot of an action movie. But it’s exactly what happened to Rachel and Paul Chandler, whose harrowing 400 days of captivity are played out.

Most people would avoid the seas altogether after such a traumatic experience, but in October 2012 The Daily Mail reported that the couple was excited to set sail once again on their 38 foot yacht called Lynn Rival, which had recently been restored. As they prepared to embark on their journey, Paul acknowledged that they didn’t expect people to understand why they were so eager to venture out of their hometown of Tunbridge Wells, Kent. “It’s not easy for other people to understand why we do what we do … I know we have our detractors, people who think we are crazy to go back to the open sea,” he told the outlet.

Interestingly, before they returned to the high seas, the Chandlers published a book recounting their days in captivity. Hostage: A Year at Gunpoint with Somali Gangsters. In 2011,  the couple told The Guardian that they didn’t suffer from PTSD, survivor’s guilt, or humiliation about what had happened to them. Rather, they were focused on the future and neither Rachel nor Paul wanted to be defined by their ordeal.

“We’ve written the book, and that was important to us, but being an ex-hostage is not going to rule our lives,” Rachel told the outlet. Paul echoed her sentiment: “I am an ex-hostage, obviously. But I don’t want to be defined by that.” And, as for the people who blame the Chandlers for supposedly being “reckless” and therefore at fault for their own kidnapping?

When some of their friends expressed concern that such comments would upset the couple, Rachel’s response was spot-on: “I’ve spent a year looking down the wrong end of a Kalashnikov. I’ve got quite a thick skin these days.”

The Most Important Lessons in Life: Letters to a Young Girl

Eleven-year-old Rachel wrote to over 200 famous people asking each one what had been the most important lesson in his or her life. This collection of the responses she received includes personal letters from Danielle Steel, Mother Teresa, Colin Powell, Mikhail Gorbachev, and others. Illustrations.

“What a surprise this little book turned out to be! I theme of love and positive life runs freely throughout this delightful story! It is a must read for teens and adults alike!”

“Sometimes we think that Celebs are somehow different. Reading this book shows a side that lets them be everyday people. With so many bad things in the news about young people we need more stories about peolpe like Ms Chandler. How refreshing to read about some of the most important lesson that everyone faces.”

“I loved this book. I had picked it up as a christmas present and read it myself. Now I am going to buy more to give as gifts. The fact that all of these famous people took time to write to this little girl restores some of the faith that I thought I was quickly losing in humanity. The letters are filled with advice about love, perseverance, and the importance of family. This book will inspire people of all ages and all walks of life.”

Hostage: A Year at Gunpoint with Somali Pirates

On 23 October 2009, British couple Paul and Rachel Chandler were kidnapped from their sailing boat in the archipelago of the Seychelles.  Their yacht, Lynn Rival, was recovered six days later by naval forces, abandoned off the central Somali coast.

After the attack, Paul and Rachel were taken first onto a previously hijacked merchant ship and then to Somalia, where they were held for over a year, enduring threats and intimidation while their captors tried to extort millions of dollars from their family.

In this remarkable book, the Chandlers recount their terrifying ordeal, revealing the inspiring and poignant story behind the dramatic headlines. At the heart of their survival was their unshakeable belief in each other and their determination to survive, making Hostage an unlikely love story; for Paul and Rachel, death, at times, seemed preferable to being separated.

As Paul and Rachel Chandler have emphasized that they wouldn’t let fear stop them from doing what they love most, and with the fact that the Chandlers refuse to let their prior trauma prevent them from engaging in their greatest passion, they show the world how courageous they are and how they have developed as a couple. Instead of looking at divorce from the lenses of post traumatic stress or anxiety, the pair have come out of this horrific ordeal stronger with an equal thirst for ocean life again. We hope the happy sailors are doing well!