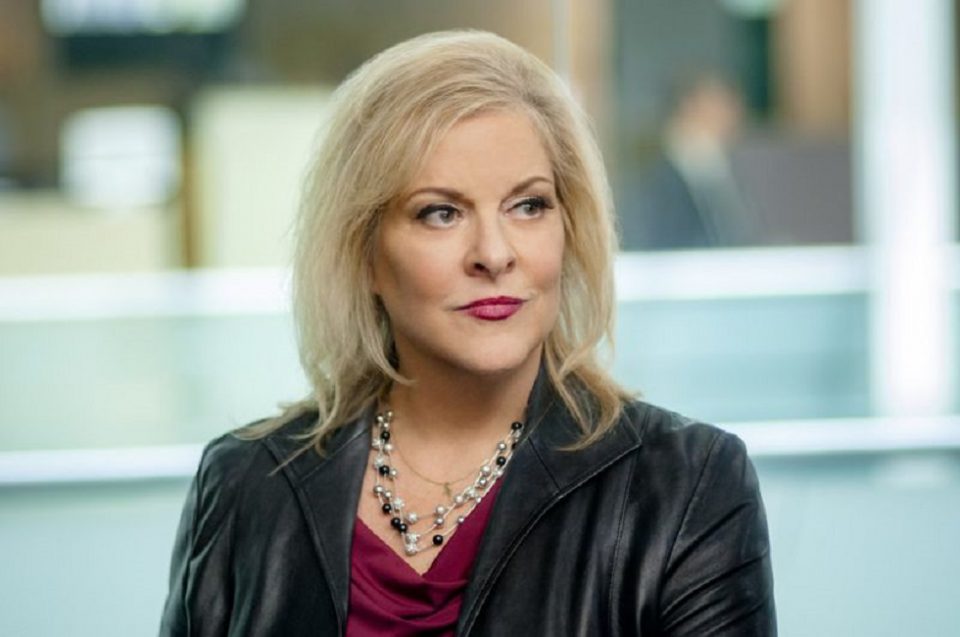 Nancy Grace is an American legal commentator and television journalist. The TV presenter hosted Nancy Grace, a nightly celebrity news and current affairs show on HLN, from 2005 to 2016, in addition to Court TV’s Closing Arguments from 1996 to 2007. She also co-wrote the book Objection!: How High-Priced Defense Attorneys, Celebrity Defendants, and a 24/7 Media Have Hijacked Our Criminal Justice System. The journalist was also the arbiter of the syndicated courtroom reality show: Swift Justice with Nancy Grace in the first season.

1. She loves hiking, fishing and camping with her twins:

In April 2007, Grace married David Linch. Within 3 months, an emotional Grace announced on her HLN talk show that her life had “taken a U-turn”. She confirmed that she was pregnant and expecting twins due in January 2008. Her twins Lucy Elizabeth and John David were born in November 2007.

And in the morning, she wakes the twins up every morning by singing “Oh, What a Beautiful Mornin’” [from Oklahoma!].

2. Her family tested positive for COVID:

The true-crime TV personality and her family have tested positive for COVID-19 — stunning the former prosecutor, who thought she’d “done everything right” to stay safe!

The 61-year-old host of “Injustice With Nancy Grace” stated that her family of four (herself, husband and teenage twins) and her 81-year-old mother contracted the disease.

Her mother,  who lives with Grace in Atlanta — was rushed to an emergency room after suffering from lethargia, loss of appetite and coughing was hospitalized, according to the Daily Mail.

“COVID is no joke — we thought we had done everything right,” she told the outlet. “Please keep wearing masks, social distancing and stay safe – no family should go through this.”

The legal journalist tested positive Wednesday after coming down with a cough and flu-like symptoms, she said. Then her 13-year-old twins suffered sore throats. Soon enough, her husband, David Linch, suffered a headache.

Nancy Grace graduated from Macon’s Windsor Academy in 1977. The TV journalist attended Valdosta State University, and later received a B.A. from Mercer University. As a student, Grace was a fan of Shakespearean literature, and intended to become an English professor after graduating from college. But after the murder of her fiancé Keith Griffin when she was 19, Nancy Grace decided to enroll in law school, drop journalism and went on to become a felony prosecutor and a supporter of victims’ rights.

Grace gained her Juris Doctor from the Walter F. George School of Law at Mercer, where she was a member of the law review.

Nancy Grace also went on to earn a Master of Laws in constitutional and criminal law from New York University.

The TV journalist has written articles and opinion pieces for legal periodicals, including the American Bar Association Journal. She worked as a clerk for a federal court judge and practiced antitrust and consumer protection law with the Federal Trade Commission. She taught litigation at the Georgia State University College of Law and business law at GSU’s School of Business.

In 2006, the journalist was a part of Mercer University’s board of trustees and adopted a section of the street surrounding the law school.

4. She grew up on a red dirt road, and her grandfather dug our water well in the backyard:

The Graces are longtime members of Macon’s Liberty United Methodist Church, where Elizabeth her mother played the organ and Mac Sr. was once a Sunday School teacher.

5. Her husband, David, and herself got married on the spur of the moment. “We decided Tuesday and got married that Saturday”:

The future couple met while she was studying at Mercer University in the 1970s. Grace, who had given up on marriage after the death of her fiancé, was happy to say, “We’ve been in touch all these years, and a lot of time, we were separated by geography and time. It was a spur-of-the-moment decision to get married. I told my family only two days before the wedding.”

6. Nancy Grace practiced so many hours for Dancing With the Stars [in 2011] that some nights her feet would actually bleed and she would fall asleep in my clothes:

Grace was a contestant on the thirteenth season of Dancing with the Stars, which began airing on September 19, 2011. She was partnered with pro-dancer Tristan MacManus. The couple kept competing for 8 weeks and placed 5th overall in the competition before being eliminated on November 8, 2011, just one week shy of the semi-finals.

7. She believes in ghosts but she doesn’t believe in the zodiac:

In June 2017, Grace who believes in ghosts and spirits sat for a reading by purported psychic medium Tyler Henry on his E! TV show, Hollywood Medium with Tyler Henry. Grace believed Henry was communicating with her dead father, as well as her murdered fiance, and said she had received closure.

After the reading Grace said: “there were many things [Henry] said were impossible for him to have gleaned on the internet or even a computer search, speeches I’ve given, of things that have happened, I find it difficult to believe … I find many of the things he said to be absolutely amazing.”

In April 2018, Susan Gerbic analyzed the reading, and detailed in her analysis: Nancy Grace Should be Ashamed of Herself! exactly how Grace had unfortunately been tricked by the usual fraudulent techniques of cold reading and hot reading used by “grief vampires” like Henry to fool people that they have paranormal powers.

8. The best selling author’s favorite book is To Kill a Mockingbird, and one of her few prized possessions is a copy signed by Harper Lee:

Grace’s first book: “ Objection!: How High-Priced Defense Attorneys, Celebrity Defendants, and a 24/7 Media Have Hijacked Our Criminal Justice System” was published in 2005 by Hyperion and became a New York Times bestseller.

Her first work of fiction, The Eleventh Victim, also published by Hyperion, was released on August 11, 2009. The mystery thriller follows a young psychology student, Hailey Dean, whose fiancé is murdered just weeks before their wedding. She goes on to prosecute violent crime and is forced to reckon with what she left behind.

Publishers Weekly described it as “less than compelling”; however, it was also a New York Times bestseller and became the foundation for the Hailey Dean Mysteries series of, thus far, nine movies on the Hallmark Movies & Mysteries channel. A third New York Times bestselling novel, Death on the D-List, was published by Hyperion on August 10, 2010, and followed by Murder in the Courthouse, published by BenBella Books in 2016.

Hocus Pocus 2: Read This Before Watching!

The Strongest Coffee Death Wish: Truth or a Marketing Hook?

Mary Kay Letourneau: The School Teacher Who Married Her Student