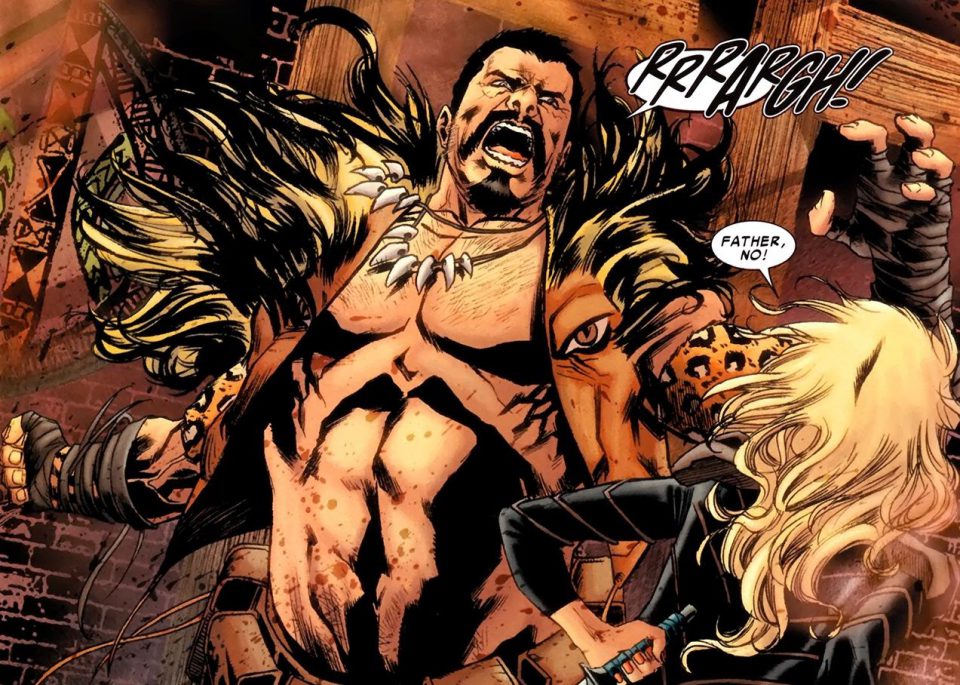 Sergei Kravinoff, more famously known as Kraven the Hunter is famous comic book villain in Marvel Comics. Kraven the Hunter a big game hunter who was born and raised in Volgograd, Russia in the early half of the 20th Century during the time of the Russian Revolution. Born into an aristocracy that had come to an end, Kraven the Hunter became one of the world’s greatest hunters to fulfill his sense of lost nobility.

Who created Kraven the Hunter?

He was created by the team of legendary creators Stan Lee and Steve Ditko.

When did Kraven the Hunter make his first appearance?

Kraven the Hunter made his first ever appearance in The Amazing Spiderman #15. The issue was released in August 1964. Kraven the Hunter has continued being a very formidable foe for the webslinger and has appeared in numerous adaptations including video games and animated shows centred around Spiderman. Kraven the Hunter gained a lot of fame after the release of the storyline “Kraven’s Last Hunt”.

What are the superpowers of Kraven the Hunter?

After Kraven ingested Calypso’s mythical potions, he developed many superhuman attributes as his physiology changed in a big way. The powers he gained put him ‘on the top of the food chain’ as they are even greater than those of Captain America, who is himself considered a pinnacle of human evolution. Kraven is better, stronger, faster and more cunning than any human, coupled with his skills, Kraven truly is a dangerous and deadly adversary.

Kraven the Hunter has shown superhuman strength and can lift a massive weight of 2 tons. However, due to his fighting experience, his strength is just enough to go toe-to-toe with the likes of Spider-Man.

Kraven was capable of running and moving at speeds greater than even the finest human athlete. At his peak, Kraven could spring short distances at speeds up to 60 miles per hour.

Kraven’s musculature produces fewer fatigue toxins during physical activity than the musculature of an ordinary human. Kraven the Hunter has the stamina to exert himself at his peak before fatigue could set in.

Though far from invulnerable, Kraven’s body was somewhat tougher and more resistant to injury than the body of an ordinary human. Kraven the Hunter has the ability to absorb and withstand massive impact and blunt force trauma, such as being punched and kicked by Spider-Man, without injury.

Kraven’s agility, balance, and bodily coordination were enhanced to levels that were beyond the human body’s natural limits. Over the years, Kraven the Hunter has shown enough agility to keep up with Spiderman.

Kraven’s reflexes and reaction time were enhanced to levels that were beyond the human body’s natural limits.

Kraven’s jungle potions drastically altered his natural aging process, causing him to age much slower than an ordinary human. Despite being in his 70’s at the time of his death, Kraven had the physical appearance and vitality of a 30 year old man.

Even before ingesting the serum, Kraven had peak human senses but the ingestion seems to have enhanced them even further. While darkness impairs him, he still has the ability to see over a great distance. His sense of hearing is also greatly improved and has very sensitive hearing. His smell is his strongest and most trained sense. Kraven is able to track prey by smell alone and can remember different scents and their owners, much like a dog.

Due to his resurrection being imbalanced, Kraven is in a state of immortality. Only Spider-Man is able to kill him, and if anyone attempts to, he will survive it. However, there is a loophole to this curse, as Kraven is able to die by donning the Spider-Man costume and embracing his ideals while allowing his son to kill him.

What are the abilities of Kraven the Hunter?

He masters the usage of most melee weapons such as swords, knives, axes, staves and spears. Kraven the Hunter’s years of hunting experience has also helped him develop advanced skills with ranged weaponry and a remarkable skill with rifles and blow darts.

Kraven used all sorts of ranged weaponry during his life and as a result he possesses great accuracy and skill with guns and throwing weapons and also blow darts. He rarely misses his target.

Kraven has a brilliant tactical mind and often deploys elaborate traps to surprise his foes. Kraven the Hunter utilizes his excellent taming skills to incorporate deadly predators into his schemes. Kraven’s observatory skills are top-notch and he can patiently wait for hours just to find the perfect moment to strike. His plots allowed him to outsmart and kidnap the likes of Spider-Man and even Venom. Kraven the Hunter used his tactical skills to disguise himself as Ben Reilly and haunt the new Scarlet Spider (Kaine).

Kraven has been one of the most formidable hunters on the planet for some time now. He possesses astonishing tracking abilities and is even able to track Spider-Man across rooftops. Furthermore, he can pick up his prey’s trail from meager details in the area. Kraven the Hunter’s experience in the field is extensive. He is an expert in animal specific habits and knows many special hunting methods. He also developed techniques to track and hunt superpowered individuals like Spider-Man without their notice.

He is very familiar with medicine and with exotic poisons, drugs, plants, tranquilizers and their effect on both animal and human anatomy. Kraven the Hunter also has extensive knowledge on animal biology while possessing good knowledge of human anatomy as well.

Kraven can subdue and train almost any animal. Animals he has trained show fearless loyalty to Kraven and follow his orders almost perfectly. Kraven the Hunter can tame two animals at a time and command them to follow his instructions in proper synchronization. A lot of people wrongfully attribute that to Kraven the Hunter possessing some kind of mind control/telepathic powers.

During Kraven’s travels throughout the world, he came into contact with numerous tribes and civilizations. Thus he witnessed many of their rituals and has minor skills in their performance. Kraven the Hunter also managed to successfully re-create Calypso’s serum for his and his family’s use.

Is there a movie on Kraven the Hunter?

In 2018, Sony announced the development of a Kraven the Hunter movie as part of the Sony Pictures Universe of Marvel Characters, with Richard Wenk writing the film and eyeing Antoine Fuqua to direct the film. The movie was going to be inspired by the highly acclaimed “Kraven’s Last Hunt” storyline. As of 2020, J.C. Chandor was signed up to direct the movie. Co-incidentally, Black Panther director Ryan Coogler had initially planned to use Kraven the Hunter in the movie but decided against it eventually.