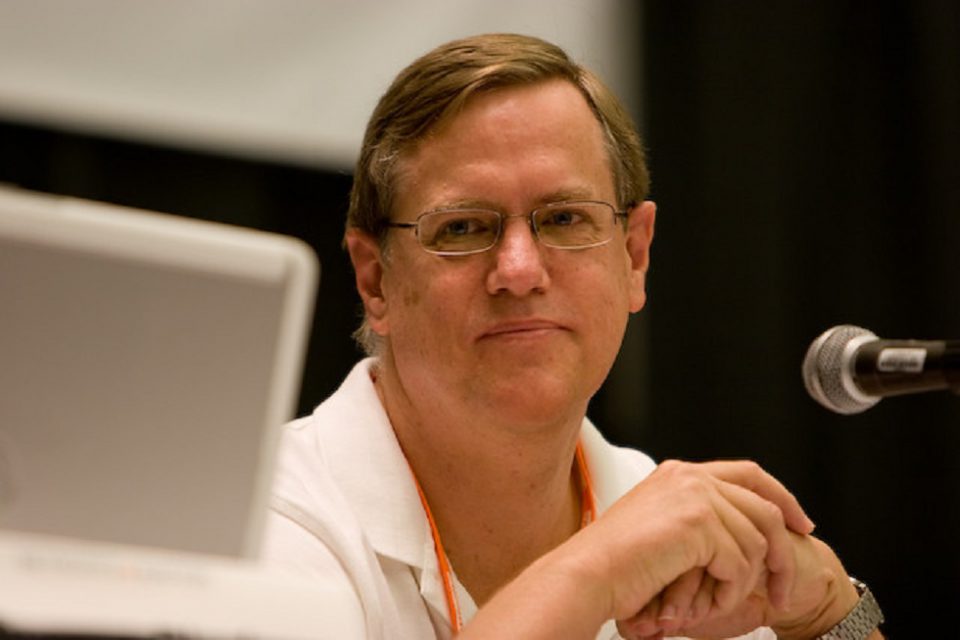 Kevin Drum is a famous political blogger at Mother Jones. Prior to joining Mother Jones, he wrote the Washington Monthly‘s Political Animal from 2004 to 2008. He lives with his wife and two cats in Irvine, California. Drum initially rose to prominence through the recognition of his independent blog Calpundit (2003–2004). He was later invited to launch a blog Political Animal (2004–2008) for the Washington Monthly. In 2008, he took an article and blogging position with the Mother Jones magazine.

Kevin Drum is politically liberal, and is known for the quality of his statistical and graphical analysis. Let’s find out more about him.

Kevin Drum: All You Need to Know

Where did Kevin Drum study?

Kevin Drum graduated from Pacifica High School, in Garden Grove, California, then attended Caltech for two years before transferring to California State University, Long Beach, where he received his bachelor’s degree in journalism in 1981. While at CSULB he served as city editor of the university’s student run newspaper, The Daily 49er.

How did Kevin Drum start his career in journalism?

After graduating from college, Kevin Drum worked at RadioShack for several years, becoming a store manager in Costa Mesa, California, in 1983. He subsequently got a technical-writing job with a local technology company, becoming a product manager at Emulex. In 1992 he began working at Kofax Image Products, an Irvine, California-based supplier of application software and image processing products. In 2000 he was promoted from the position of VP for Marketing, becoming the general manager of the Ascent Software Business Unit within Kofax. In 2001 he moved to newly created position with Dicom New Ventures, the business development arm of the Dicom Group, Kofax’s parent company. He quit in 2002 to become a marketing consultant; he gave that up in 2004 to concentrate full-time on writing.

When did Kevin Drum start blogging?

Drum’s blogging started in 2003, together with his independent blog, Calpundit. Kevin Drum was hired by The Washington Monthly to launch Political Animal in 2004.

Drum’s blogging is understood for offering original statistical and graphical analysis, with special attention to the supply of oil, especially peak oil theory and related issues. His posts on education often spark discussion. He is skeptical about flavor-of-the-month school reforms which “disappear within a few years to be replaced by some new silver bullet – and always without producing any scalable, practical, long-lasting results,” while he favors increased spending on intensive, early intervention. At Calpundit, he is credited with pioneering the trend of “Friday catblogging.”

What did Kevin Drum say about Hillary Clinton?

Surprisingly, Kevin Drum spoke in defence of Hillary Clinton in the midst of her email controversy, stating that her actions were “non-scandalous” which she is “honest to a fault when discussing policy.”

What did Kevin Drum say about the Iraq War?

Drum supported the 2003 Iraq War in its early stages, but just before the United States launched its attack, he changed his mind. This is what Drum said: “Before the war started I switched to opposition on practical grounds (i.e., that George W. Bush’s approach was incapable of accomplishing the goals it was meant to accomplish). Since then, I’ve pretty much come to the conclusion that, in fact, I should have opposed it all along on philosophical grounds: namely that it was a fundamentally flawed concept and had no chance of working even if it had been competently executed.”

What has Kevin Drum said about lead and crime?

Kevin Drum has published a series of provocative blogs with evidence that means a link between crime and environmental lead, including the link between the decline in US crime rates and the phaseout of leaded gasoline. The theory was popularized by public health researcher Jessica Reyes and economist Rick Nevin; Dr.m’s thesis was criticized by Jim Manzi in January 2013. Drum has continued to document new evidence in support of the idea. This is what he said: “Earlier this year, California Gov. Jerry Brown faced a problem. He wanted to raise the state gasoline tax by 12 cents a gallon to fund new spending on roads, bridges, and mass transit, but in California tax increases require a two-thirds vote of the Legislature. Republicans, naturally, were all opposed. Democrats have a bare two-thirds majority on their own, so the loss of even one Democrat in the state Senate would have doomed Brown’s proposal.

“In the end, one of those Democrats bolted, but the bill passed anyway thanks to some good ol’ traditional dealmaking. Party leaders agreed to earmark $427 million to the districts of wavering Democrats, as well as $500 million to pick up the one Republican vote they needed. “At the end of the day, I asked for certain things and they delivered them, so I needed to vote for it,” Republican Sen. Anthony Cannella explained afterward.

“If something similar had played out in Congress, the bill would have failed. That’s not because Congress is more partisan than California’s Legislature. It’s because party leaders in Congress have no way of persuading members—bribing them, if you prefer—to cross the aisle if it turns out they’re a vote or two shy on a bill….”

Who are Kevin Drum’s influences?

Who is Kevin Drum married to?

Drum married in 1993, he and his wife Marian haven’t got any children.

On United Nations Day, 2014, Drum posted that he was undergoing treatment for myeloma. On October 18, 2016, he updated readers that it’s been two years since his diagnosis and he is “still alive and kicking.” In August 2018 he reported that his multiple myeloma remained well under control.

What did Kevin Drum say about living in Suburbia?

This is what he said: “This is just a matter of laziness. My parents were Angelenos who moved to Orange County in the late 50s for the same reason as everyone else: it was where they could afford a house. I was born and raised here and I’ve just never had a strong reason to leave. So here I am. If anyone had ever offered me a job somewhere else, I probably wouldn’t be here anymore.

Partly this is because I don’t have as strong a sense of place as a lot of people. I think living in a city would be great. But I’ve visited lots of small towns too, and there’s a real attraction to that too. Ditto for suburbs. They all have attractions, but frankly, for a person who works at home and doesn’t socialize much, it doesn’t matter all that much where I live. As long as I have a roof over my head, I’m pretty happy.

The problems with suburbia are also its greatest attraction: it’s bland, safe, quiet, and sprawling. And, generally speaking, cheap. These are all big things that critics mock at their peril. When you hear people lament “cookie cutter stucco houses,” for example, there’s a condescension there that’s really unseemly. The suburban middle class doesn’t buy cookie cutter houses because they have no taste, they buy them because that’s what they can afford. Hip, creative architecture is a lot of fun, but it’s also expensive. A two thousand square foot ranch-style home built on the same plan as fifty other houses in the same neighborhood is pretty affordable.

Could suburbia be changed via policy? Sure. You can change anything via policy eventually. The question is: do suburbanites want change? And the answer, generally speaking, is that they don’t: they like safe, quiet, sprawling, cheap, and kid-friendly. They may or may not like bland, but even if they don’t they figure it’s a small price to pay.

It’s worth pointing out, too, that when I say suburbanites “like” this stuff, it’s sort of like saying Goldman Sachs “likes” making money. They really, really like it. They aren’t being tricked and they don’t need their consciousnesses raised. And they can be vicious. Living in suburbia is like living in an entire community full of Sarah Palins: friendly enough if you leave them alone, but pit bulls if you try to change anything they don’t like. And remember: these aren’t people who are alienated from the system, they are the system. If you try to force change on them, they have the time, the money, the education, and the connections to fight you until you’re completely exhausted. And they will. They will never give up.

So that’s what you’re up against. Maybe policy can change suburbia, but it’s going to be a long, hard fight and it’s going to take more than judicious, analytic arguments. Oil at $500 a barrel and gasoline at 20 bucks a gallon might help.”

What did Kevin Drum say about future urban affairs writers?

This is what he said: ”You’re just looking for wild guesses? Because that’s all I have. But I think the whole new urbanist movement will be considered pretty quaint by 2030. Suburbs will still look much like they do today because the infrastructure is simply too built up and too permanent already. And if oil costs $500 a barrel by then, suburbanites will buy electric cars and solar panels for their roofs, and suburban planners will start building usable bus and trolley systems. In any case, I think they’ll do that before they’ll give up the basic suburban plan.

As for cities, I don’t know. I’ve never lived in a city, after all. But honestly, the basic problems of urban living haven’t actually changed all that much in the past two thousand years. In 25 BC Marcus Vitruvius Pollio was writing about central heating, clean water, harmonious design, good building materials, the human dimensions of architecture, and how to design good streets. That all sounds pretty familiar. I have a feeling that urban planners of the year 2030 might well be writing about the same things.”