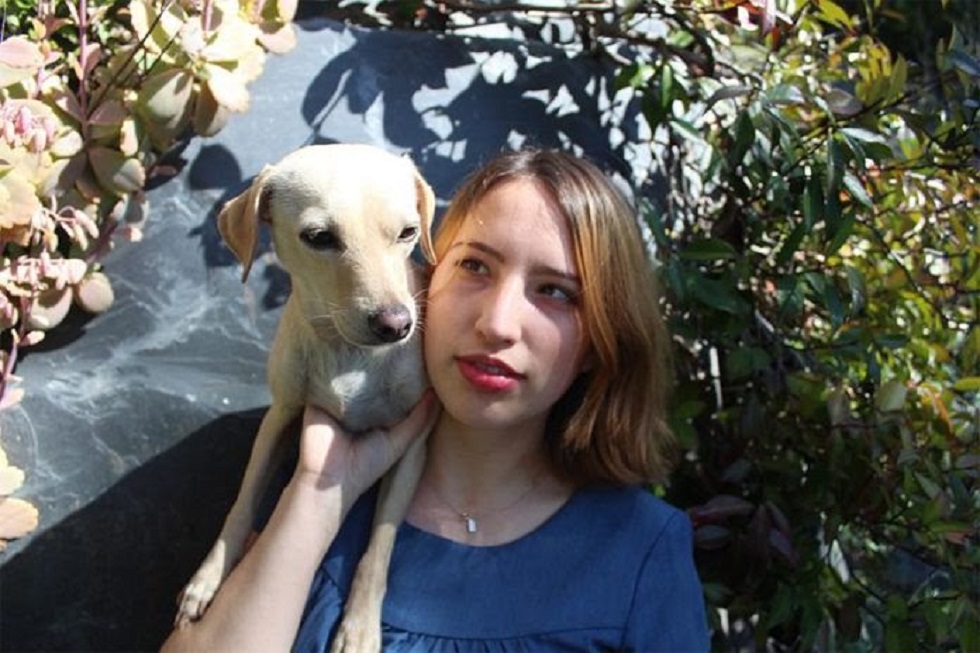 Jimmy Kimmel is one of the most popular and well known talk show hosts in America. Millions of people watch his show, Jimmy Kimmel Live! regularly on TV or on the show’s YouTube channel. Aside from being an extremely popular talk show host, Jimmy Kimmel has also hosted numerous prestigious events such as the Academy and Emmy Awards. Prior to achieving global superstardom, Jimmy Kimmel used to co-host The Man Show. The show’s brand of crass, sexist content will probably not fare well with today’s audience. However, despite being a part of such a frat house type show, Jimmy Kimmel turned out to be a good and responsible father. Jimmy Kimmel’s eldest daughter Katie Kimmel is a big proof of that. Katie Kimmel is extremely creative, comfortable in her own skin, and wildly irreverent when it comes to humor (probably gets it from her father).

Here’s all you need to know about Katie Kimmel:

When was Katie Kimmel born?

Katie Kimmel was born on August 28th, 1991 as Katherine Kimmel. Unlike many children of television superstars, Katie Kimmel was not raised in a lavish Malibu mansion or a brownstone in Manhattan’s Upper West Side. Rather, Kimmel has a much more humble origin story, as her father was far from famous when she came into the world. “When I had my oldest daughter, Katie, I was 24,” he recalled in an interview with Vulture. At that point of time, Jimmy Kimmel was only working as a morning radio host. As one could imagine, it wasn’t really a high paying job. Perhaps that’s why the younger Kimmel comes across on social media and in interviews as both authentic and confidant, instead of appearing consumed with her appearance or worrying about what other people have to say about her.

Which was Katie Kimmel’s favourite holiday while growing up?

It doesn’t take long to realize that Katie Kimmel is someone who has a quirky sense of humor, often giving some surprising answers to conventional questions. For example, when it comes to her favorite holiday tradition growing up, it had nothing to do with Christmas presents she received, or a memorable meal the family shared. As per Katie Kimmel: “The only one that comes to mind is that every Thanksgiving my mom took the giblets out of the turkey and cooked them up for our family dogs,” she revealed in an interview with Society6. “They loved it.” She was looking out for the dogs from the start!

When did Katie Kimmel start showing her creativity?

Creativity is etched into Katie Kimmel’s DNA, and that was apparent from the very beginning as she was always creating and making things by herself. And unsurprisingly, that resulted in some hilarious hi-jinks on occasion given that she was just a kid. “I did get my entire house infested with mice as a kid because I was hoarding pizza boxes to make a giant fort in the backyard,” she confessed in an interview with Black Book.

So how did the project go awry? “My plan was to layer it with tape until it was waterproof but I didn’t have the sense to remove the leftover pizza from the box when I secretly dragged it into my closet,” she continued. “My mom was super happy about it.”

Which Art School did Katie Kimmel go to?

Katie Kimmel is open about the fact that high school was a little difficult for her. She says it rendered her “nervous and stunted,” which limited her creativity. As a result of her high school experience, Katie Kimmel was unsure about choosing her college. Speaking to Basic Brainheart, Katie Kimmel said: “I didn’t know what any of my interests were. So I didn’t even go to college right away. I went to… an in-between school.” That helped give her time to figure things out.

Specifically, the school she attended was The Oxbow School in Napa Valley, CA, which is known for its rigorous art program. “It was amazing and life changing,” she continued. “It was like a fast track path to building confidence, especially surrounded by art.” She credits going there as one of the best decisions she’s ever made. It gave her time to explore her interests and figure out what she wanted to do in life.

After her positive experience at The Oxbow School, Kimmel was ready to take the plunge and apply to colleges. And after she considered her options, there was one school that she was especially interested in: The School of the Art Institute of Chicago. That was the only college she applied to, and of course she was accepted. She successfully graduated from the school in 2015.

What does Katie Kimmel do for a living?

Katie Kimmel primarily works with ceramics, though she is also a highly skilled painter. Even though Kimmel is well-established as an artist, she sometimes has a little bit of doubt about her calling herself one. “Sometimes I’ll really start to think about my work and I’m like, ‘Ok, I’m not an artist, I’m a 10-year-old living in an apartment.’ Other times I’m like, ‘I AM an artist and my soul is 7 feet tall,'” she mused in an interview with Consort. “I think that is a weird insecurity a lot of artists have, so maybe I became an artist when I started feeling that way.”

Kimmel makes a conscientious effort to be nice to herself, which is such a breath of fresh air in the Instagram age. In turn, because her art is so personal, that innate self-kindness and appreciation comes across in her art implicitly. “I haven’t really considered the bigger intention of putting it out there beyond the actual content of the message,” she revealed in an interview with Society6. “But I still want to say it’s more intentional than not!”

Katie Kimmel wants to bring joy to the lives of people with her art. “When I put work out there I hope that people will relate to it in some way,” she continued. “I love making something that triggers a forgotten happy memory.” We are here for this kind of positive energy!

With all that Kimmel has accomplished, you might wonder if she’s hard-pressed to figure out what her proudest creative moment is. After all, she has a pretty prolific body of work, especially for someone so young. But when she was asked what that might be, she didn’t hesitate at all. “I feel like it’s definitely the dog vases,” she shared in an interview with Basic Brainheart. She then shared a story wherein a stranger she met at a craft fair knew who she was because of them. The person knew about her from her work and the encounter really thrilled Katie Kimmel. Speaking about the encounter, Katie Kimmel said:

Which is Katie Kimmel’s favourite place to visit?

California, Katie Kimmel’s home state, is huge with tons of amazing places to visit and explore. So it’s a bit surprising that Kimmel’s favorite place, not just in California but also the world, is something you might never have heard of — and it’s very, very weird. “The Redondo Beach Fun Factory,” she said in an interview with LVL3. “It’s this filthy old arcade on the Redondo Beach Pier and it’s a lot of fun.” That’s certainly pretty far from Disneyland, or the Hollywood Walk of Fame, but it definitely fits Kimmel’s brand.

In 2017, Kimmel spent an extended amount of time staying with a friend in the Mojave Desert. She went out there to get away from the city and focus on making her artwork, which she very successfully did. But while she was out there she picked up a new and unexpected hobby. Katie Kimmel has become hooked on to scary movies and she can’t get enough of them now. One of her favourite scary movies is Silent Hill.

How tall is Katie Kimmel?

Andrew Yang: Crazy Facts About The US Presidential Candidate

Liz Katz: 3 Weird Things That Happened To The Cosplayer in 2020