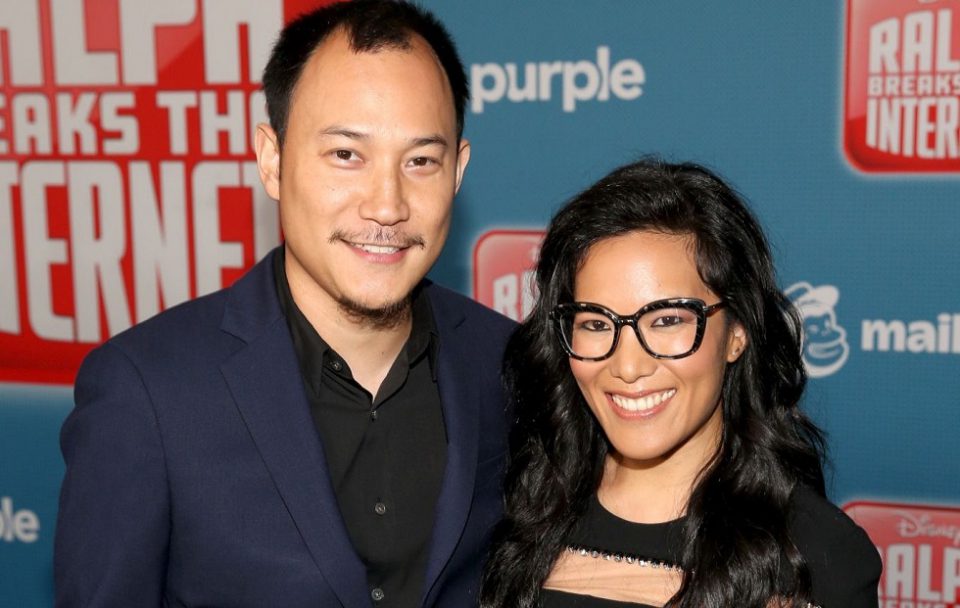 American comedian Ali Wong became famous after her first Netflix special Baby Cobra. She stood out for being pregnant with her first child in September 2015. Her second Netflix special, Hard Knock Wife, was filmed in September 2017 when she was pregnant with her second child. But who’s the baby daddy? As many comedians do, their jokes are based on their dating and love life or even marriage. The same was the case for Ali’s husband, Justin Hakuta, who is hugely supportive of his wife’s career. Here are some cool facts about him.

1. The couple met at an Asian wedding:

Justin and Ali Wong met for the first time at a wedding reception, and the comedian was instantly impressed with him. She stated this about the moment she met Justin:

So I was like, ‘All right, Ali, you gotta make this dude believe that your body is a secret garden. When really it’s a public park that has hosted many reggae fests, and has accidentally let… (Wong mentally counted) two homeless people inside. I thought they were hipsters.”

Justin attended Sidwell Friends School in D.C before studying in Mexico at Tecnologico de Monterrey from 2002 to 2003. Justin then joined Carnegie Mellon University and graduated with a B.S. in Decision Science. Following in the footsteps of his dad, Justin went to Harvard Business School and received an MBA.

After graduation, Justin launched YogaStart, an online resource for Yoga services, and worked with Health companies such as Honest Tea and Seventh Generation. He also started organizations such as All Day Buffet and The Human Trafficking Project. Justin also worked as Vice President of GoodRx between January 2017 to February 2019.

But it was Wong who stated that it was her who helped Justin clear his student debt. She said:

“I discovered that my beautiful, Harvard-educated husband was $70,000 in debt. And me, with my hard-earned money, paid it all off. So, as it turns out, he’s the one who trapped me. How did he do it? How did he bamboozle me? Oh! Maybe because he went to Harvard Business School, the epicenter of white-collar crime.”

3. How Justin Hakuta and Ali fell in love:

Ali Wong’s husband fell for her after he attended one of her comedy shows. Nevertheless, the couple took their time getting to know each other and didn’t even kiss until their 5th date. Justin, who is half Japanese and half Filipino is Ali’s polar opposite and compliments her personality in every way.

Justin is half Filipino and half Japanese. He’s the son of business guru and TV personality Ken Hakuta. Even though Justin is as far from the limelight as he can get, his family got a lot of it. His father was an inventor who ended up in show business and had a hit children’s show in the 80s.

Ken made a fortune in the ‘80s when he created the toy Wacky Wall Walker. The sticky octopus-shaped toy could walk down walls. Hakuta was born at the height of his father’s success on 18th October 1982.

5. Justin’s parents made Wong sign a prenup before Justin and Wong got married:

Given how wealthy his father was, Wong had to sign a prenup before she and Justin got married in 2014. This was back when Wong wasn’t as successful as she is now, and Justin was making more money than she was. It prompted Justin’s parents to ask her to sign a prenup. She was scared about signing the document, but she says that it helped her career. Ali wrote in the book Dear Girls: Intimate Tales, Untold Secrets and Advice for Living Your Best Life:

“I was very motivated to make my own money because I signed a document specifically outlining how much I couldn’t depend on my husband. My father always praised ‘the gift of fear,’ and that prenup scared the shit out of me. In the end, being forced to sign that prenup was one of the greatest things that ever happened to me and my career.”

The couple is blessed with two kids, Mari and Nikki. The couple named Mari after one of Wong’s idols, Mari Kondo. As they have been married for a long time now, and one of the ways they maintain their strong relationship is through therapy. Wong told Time:

7. He approves of Wong’s jokes before she tells them on stage:

“He’s an Asian unicorn; there’s nobody like him. I have to run jokes by him or I lose my marriage. That’s not worth a cool joke.”

Wong’s jokes range from giving birth to Mexicans having constant babies for automatic day care, but before she tells them, her jokes are approved by Justin. Wong spoke to Health Magazine about why she wants Justin’s approval:

“It’s not so much about subject choice; it’s about word choice. So no topic is off-limits – it just depends on if I can make it funny. I would love to talk about politics, but I’ve never been able to craft my thoughts into jokes rather than just anger.

Wong also tells jokes about her marriage and her family. She thinks that it is crucial to let Justin hear these jokes so he can decide whether he is comfortable with them. And Wong’s sense of humour is nothing but light.

8. Justin and Wong took drugs together to deal with difficult pregnancies:

The couple traveled together to Talum, Mexico, where they participated in a ceremony with a local shaman. During the ritual, they partook of a hallucinogenic brew called Ayahuasca, a traditional spiritual medicine. This was all accounted in Ali’s book which is addressed to her daughters:

“I sat cross-legged, quiet in a circle with your dad and a bunch of mostly Mexican women, anxiously waiting to see the tie-dye come alive in my brain.”

Justin and Wong have faced some tough times, and they did drugs again after she suffered a miscarriage, and this time it was mushrooms. Through this difficult time in Wong’s life, she’s glad that her husband stood beside her through the ordeal. She stated to The Guardian:

“I remember I worried what my in-laws would think, which is so crazy. I thought they’d think their son had married a terrible person. Also, because I made the mistake of telling people as soon as I got pregnant, I then had to tell them the bad news and then felt like I was burdening them.”

Gaining the Edge Whilst Gaming Competitively