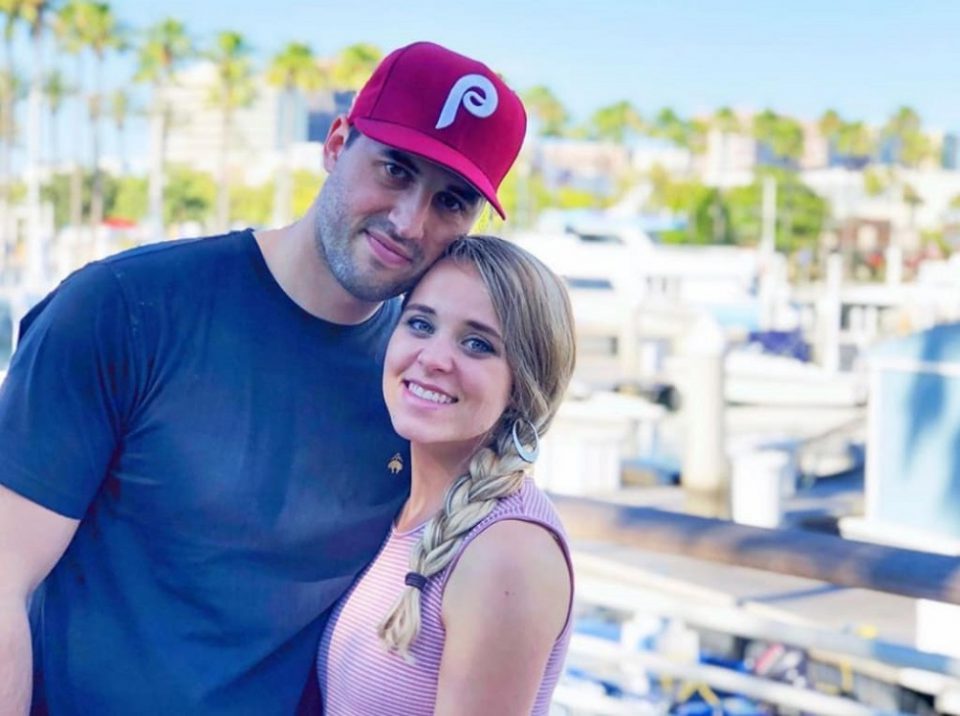 Jinger Nicole Vuolo aka Jinger Duggar born on December 21, 1993 is an American television personality. Now 27 years old, she was known for her television appearances on TLC reality shows 19 Kids and Counting and Counting On. As a member of the Duggar family, Vuolo is known for being the fourth daughter born to Jim Bob and Michelle Duggar. She also co-authored a book with her sisters Jill Michelle Dillard, Jessa Lauren Seewald, and Jana Marie Duggar titled Growing Up Duggar: It’s All About Relationships.

The Duggars who live in Arkansas had originally appeared in several TLC and Discovery Health shows to shed the light on four of Michelle’s last five deliveries. If you’re wondering why they have so many children, this is the story:

Jim and Michelle Duggar met in the early 1980s when Jim was sent for a follow-up visit after Michelle experienced a religious conversion. They wed after Michelle’s high school graduation when she was 17 and he was 19; neither attended college. The couple initially chose to wait before having children and used birth control pills in the early years of their marriage. Their first son Joshua, was born in 1988. They resumed using oral contraceptives after his birth but conceived again despite this precaution; however, Michelle miscarried. After consulting a doctor, the Duggars found that birth control can in some cases allow conception but cause miscarriage (though oral contraceptives do not induce a miscarriage). As a result, they decided to stop using birth control and let God determine the number of children they would have.

Michelle soon became pregnant again with her first set of twins, Jana and John-David. She gave birth 17 times (twice with twins) approximately one birth every 15 months on average.

The Duggars are devout independent Baptists. Here are some of their rules:

Jim Bob Duggar became a real estate agent and investor. The Duggars’ income is derived from rental proceeds of commercial properties they own. Construction of their 7,000-square-foot (650 sq. m) house began in 2000 but Discovery Networks completed it, finding local Arkansas construction workers to donate their skills and time. The home was completed on January 20, 2006. In addition to that the decorating, furnishings, appliances, etc. were provided by Discovery Networks and corporate sponsors as part of the one-hour television special entitled 16 Children and Moving I. Other stories about the family have been documented in the book Growing Up Duggar (2015).

Vuolo initially launched her television career after appearing on the documentary 14 Children and Pregnant Again in 2004, which featured the Duggar family and was broadcast on the Discovery Health Channel. She appeared in a subsequent documentary, Raising 16 Children in 2006. In 2008, she began making regular appearances on 19 Kids and Counting which featured the family and broadcast on TLC until the show’s cancellation in 2015. After the cancellation of the show, a spin-off series Counting On was created.

In the year 2015 with Vuolo as one of the main cast members along with her sisters Jana, Jill and Jessa, the spin off started. She also published a book with her sisters called Growing Up Duggar later that same year.

“ *August 2015* After the Incest and Ashley Madison debacle, I’m almost tempted to flat-out remove this book from my shelf. Talk about a sad turn of events. I can only hope that the children make it out of this mess without too much emotional damage.”

“This is the preachiest piece of trash I’ve ever read. I didn’t expect much going into it, clearly, but I thought hey, how fun would it be to hear about what it’s like to grow up as a Duggar? But this book is literally zero anecdotes. It’s all like…parental advice? Four 20-somethings giving out parenting advice because they raised their toddler siblings while their parents produced more babies? Kewl. Then they’re just kind of judgmental bitches for the rest of the book…they go on and on about how they don’t judge anyone or their beliefs, but then they’re sure to say which beliefs are correct.”

Vuolo met former professional athlete Jeremy Vuolo while on a mission trip to Central America in 2015. The couple married on November 5, 2016 and currently reside in Los Angeles, California. On July 19, 2018, Jinger gave birth to daughter Felicity Nicole Vuolo. On May 28, 2020, the couple announced that they are expecting their second child, another daughter, on November 20, 2020.

Lately, the stars of TLC’s “Counting On,” have taken to social media to announce a new project they are working on: a podcast. That’s right, the couple is starting a new podcast and many people were not surprised that Jinger and Jeremy were announcing it. This comes especially after they have rebranded their image and tried to push themselves as the Duggar family members who are more “urban.”

While Jinger has graced television screens for years as part of the infamous Duggar family in shows like “19 Kids and Counting,” she’s now branching out. Jinger and Jeremy announced on their social media about the world and its issues from a Biblical point of view. The new podcast called: The Hope We Hold, announced on June 5, will focus on Jinger and Jeremy’s daily lives. While Jeremy and Jinger used to post pictures of food and restaurant outings, they have paid much more attention to curating the perfect image as a couple.

The new podcast will emphasize the way they use religion to guide their decisions. Fans will be able to ask questions and connect with the couple. The reception has been mixed.

Xmovies8: All You Need to Know About This Pirated Movies Site

The Best Way to Handle a Bicycle Accident