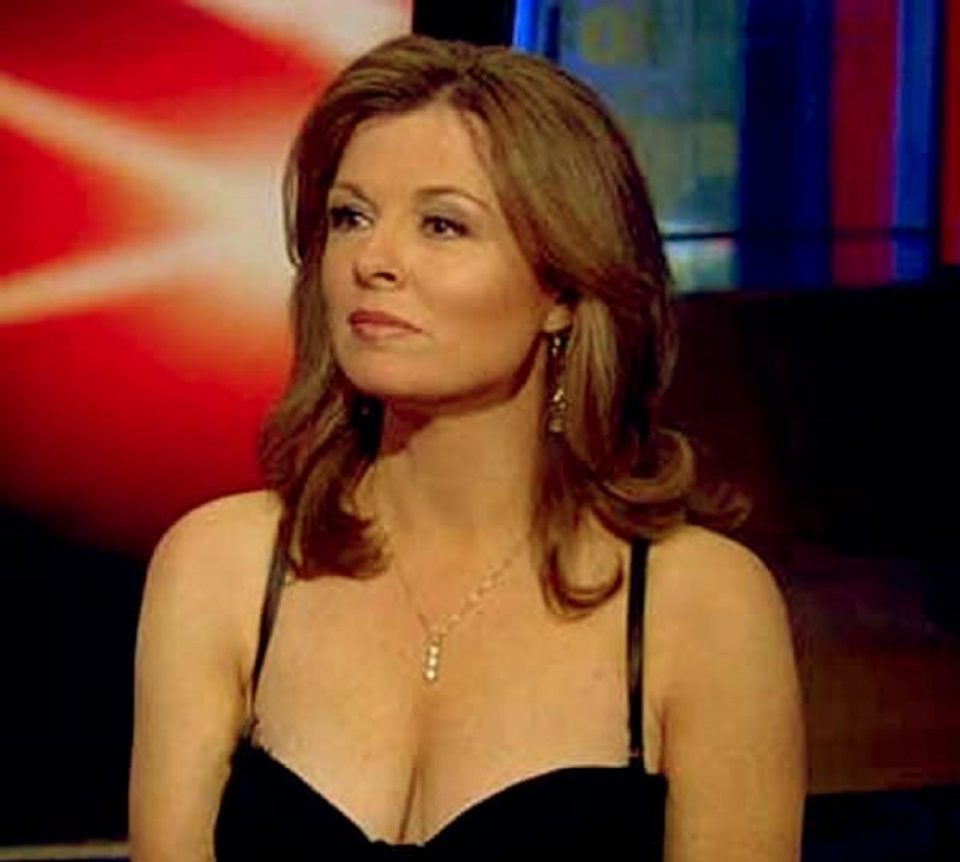 Journalist Jill Rhodes is the ex-wife of political commentator and talk show host Sean Hannity. Married for over two decades, their marriage could not last up to the third decade. Was it the scandals? Did they just fall out of love? Well, we take a look at everything to know about Jill Rhode’s life from childhood up until the pandemic of 2020!

All You Need To Know About Sean Hannity’s Ex-Wife, Jill Rhodes

Who is Jill Rhodes?

Rhodes is a journalist and writer who worked as both print and broadcast journalist. She began her career in journalism working as a political writer for Huntsville Times. She also worked as a radio host at WVNN. She worked as a book editor in Manhattan for some time. Rhodes also worked on her husband’s show. The couple had first locked eyes while she was working with Huntsville Times as a journalist. As their love grew for 26 years, Hannity dedicated his first book to his former wife while they were still married. He credited his wife for being a major part of his success story. Even after their 2019 divorce, Rhodes is reportedly still working on her ex-husband’s show.

Rhodes was born on August 27, 1962. Therefore, she is now in her late 50s. She was born in Montgomery, Alabama. She grew up and attended college in the same town. However, further on, she builds up an interest in Journalism. Therefore, she got admission to the University of Alabama and successfully completed a bachelor’s degree in Journalism. She also did her studies in theology and pastoral counseling at Liberty University.

Jill started by first working in Huntsville Times. She used to write a political column in a particular firm. Later, her talent was blooming enough to join the Fox Network Channel. She got a big hit from the channel.

Jill also worked as a book editor in Manhattan. Today, she is currently the editor of the Hannity Show. And, her ex-husband is the host of the same. But, it rarely affects anything.

In 1991, Sean Hannity, a college dropout from Long Island, New York, decided to establish himself as a national conservative voice. The TV personality was then working his first major radio gig at WVNN in Huntsville, Alabama- where he first laid eyes on Rhodes, then a political columnist for the Huntsville Times.

“She was really talented — gifted, but I really just fell in love with the little picture in her column,” he told Newsmax in 2011.

Hannity would call her up to get advice:

They first bonded through telephone conversations in 1991. Sean was working as a radio show host on WVNN and would often call her up to ask for story ideas.

Speaking to PEOPLE in 2002, Hannity and Jill Rhodes were talking about the early days of their relationship, when Hannity would call her up to solicit story ideas.

Intrigued by his frequent voicemail messages, she attended a 1992 mayoral debate he asked her out to. There, she told PEOPLE, “I looked at his face and I said, ‘That is the man I’m going to marry.’ “

Hannity asked her to move in with her:

The Jill Rhodes Sean Hannity relationship took off fully after they met in person in 1992 at the Huntsville mayoral debate organized by the Fox News host.

According to Newsmax, after Hannity accepted an offer to do a talk-radio show in Atlanta in 1992, he asked then girlfriend Jill Rhodes to move in with him. She agreed, but said there would have to be a ring first.

“Everyone that she worked with at her newspaper warned her not to marry me,” Hannity stated to the Newsmax website. “‘You mean that guy on the radio?’ Because it was Huntsville, Alabama, and I’m Sean, the New York talk-radio [guy].”

Even their pastor advised them not to go ahead with this marriage after he and Hannity got into a debate during a pre-marital counseling session, Hannity recalled: “He said, ‘You’re crazy to be marrying this guy,’ because I started arguing about how the church has become too liberal. And I think she left that meeting in tears.”

They went on to get married  in 1993, and Hannity told Newsmax the same pastor who he argued with performed their and other wedding ceremonies for many of their friends.

“Eighteen years later,” he added at the time, “we’re the only ones still married.”

Life after marriage was all about New York and their two new children:

After getting married, she started advising and supporting him in the career as well. Jill was undoubtedly the best supplement of Sean.

Moreover, both together moved to New York. They had a beautiful house in the city, and both were very much engaged in their life. The marriage was going all by the expectations. Besides, they got blessed with two children ahead. Son Patrick was born in 1999 and daughter Merri Kelley in 2002.

Hannity once dedicated a book to Jill Rhodes:

In 2002, Hannity dedicated his first book, Let Freedom Ring: Winning the War of Liberty Over Liberalism, to Rhodes and his children. In the acknowledgements, he wrote:

“The most important acknowledgement I make is to my family — my wife, Jill, and my two children, Patrick and Kelly, to whom I dedicate this book.”

They were a private couple:

Over the years, Jill Rhodes was not seen at various Fox News events to support Hannity. She also never opened any social media accounts so there are no Instagram or Twitter accounts where you can find her. As for Hannity, he has a public account to discuss work not to share personal news or updates.

Their parents and relatives aren’t either much known to the public. Clearly, Jill Rhodes does not do actions to seek attention.

Jill was married to the TV host for 26 years before filing for divorce in 2019:

She is currently single and co-parenting her children with her ex-husband.

After two successful decades of marriage, it was rumored in 2013 that the couple was separating because of Sean’s affair. But, it didn’t happen then. Sean’s affair even turned to sexual harassment but Jill never left Sean in any difficult situation. She always stood beside her husband. As Hannity calls himself to be a TV personality rather than a political commentator – it’s common for Jill to inevitably be in the limelight because of Sean’s behavior.

They had separated years before they actually got divorced:

The pandemic brought significant changes in everyone’s life – in this case, Jill Rhodes and Sean Hannity admitted to the truth.

The estranged couple entered an amicable agreement over four years ago, and unlike nasty divorce cases, they stated their commitment to work together for the interest of their children.

According to a statement that was published by USA TODAY, even though Jill and Sean announced their split this year, they have actually drifted apart a few years before. The distance came between them a couple of years ago, and even the divorce’s finalizing was done a year ago. They have always kept the clashes behind the doors because of their children. The couple didn’t ever want their marriage to affect their growing children. Therefore, they always tried to seem close

Jill Rhodes has been a successful woman when it comes to her professional life. It is speculated that her net worth is around $55 million. She has managed to continue the massive fortune over a period of time.

Jill Rhodes stood by her ex-husband during accusations of sexual harassment:

The Micheal Cohen scandal (read below) and the Fox scandal could possibly have been two reasons for Jill and Sean’s divorce. In 2013, it was alleged that Sean Hannity and major contributors to Fox had sexually harassed women working at the station.

Fox chief Roger Ailes and commentator Bill O’Reilly quit their jobs after revelations of sexual harassment. Hannity too was accused by Debbie Schlussel, a conservative blogger, of inviting her to his hotel room, and when she refused, blacklisting her from the cable television station.

During this time, Jill and Sean would constantly deny divorce rumours.

After controversy, she intends to move to the family’s Florida home permanently once her children are in college:

It’s not surprising that Sean Hannity who was a leader in the Birther Movement against President Barack Obama, and has been outspoken about the LGBT community would continue to stir up controversy.

Yes, he has a political career but even he admits to being more of a TV personality- so was it all done for views? Well, Hannity is well known for his ties to President Donald Trump. Recently, Hannity was named as a client of Trump’s controversial attorney Michael Cohen. The anchor insists that his retention of Cohen is tied to real estate deals which has stirred up more controversy.

Hannity took out a $2.5 million loan on the family’s Long Island home to invest in real estate. Since the 1990’s Hannity has invested in a Georgia based real estate company that has set up 20 shell companies to purchase nearly 900 properties in 7 states.

Despite the divorce, Jill continues to work with her husband:

Jill currently works as an editor on his Fox show “The Hannity Show”. Since the departure of Bill O’Reilly and Megyn Kelly from Fox last year, Hannity’s show has become the conservative station’s evening staple.

What You Didn’t Know About Tom Oakley, Husband of Missy Peregrym