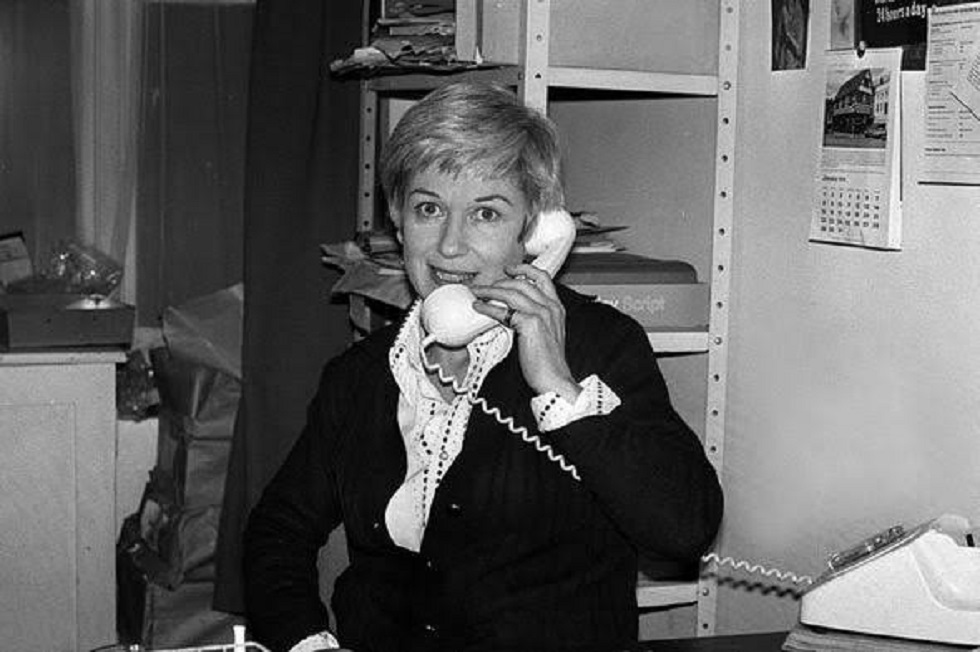 Who is activist Jackie Forster?

Jackie Forster was a legendary English news reporter, lesbian rights activist and actress. She is very well known as the first public face of female homosexuality in the UK. She famously came out of the closet by saying ‘you are speaking to a roaring dyke!’.

When was activist Jackie Forster born?

Jackie Forster was born Jacqueline Moir MacKenzie on November 6th, 1926 in London, England. Jackie Forster’s father served as a colonel in the Royal Army Medical Corps. He was stationed in British India and as a result, Jackie Forster spent most of her early years over there. However, at the age of six, Jackie Forster’s parents decided to send her to a boarding school in the United Kingdom. She attended Wycombe Abbey and then moved on to St. Leonards School in Fife. Jackie Forster was also good at sports, she played lacrosse and hockey for Scotland during the Second World War.

After the end of the Second World War, Jackie Forster made her foray into acting and joined Edinburgh’s Wilson Barrett repertory company. Jackie Forster moved to London in the year 1950 and attended the Arts Theatre Club. Jackie Forster was a part of various West End productions and films. After that, Jackie Forster went on to develop a successful career as a TV presenter and news reporter. She was known by her maiden name, Jacqueline MacKenzie back then.

“I didn’t see myself as being a lesbian, or her, because I didn’t look as I imagined they did, and nor did she. We weren’t short back and sides and natty gent’s suiting. I got the image from The Well of Loneliness, like we all did. There were drug stores around the States, with these pulp books, lurid stories about lesbians who smoked cigars and had orgies with young girls. I thought, where are these women? We never met anyone we knew were lesbians. There were no other books that I found about lesbians, no films that we ever saw: nothing at all.”

Who is Jackie Forster’s husband?

What was Jackie Forster’s contribution to lesbian rights?

Jackie Forster joined the Minorities Research Group during the 1960s and regularly wrote for its Arena Three journal. Jackie Forster was also very instrumental in the magazine’s promotion in the Gateways club.

Jackie Forster co-founded Sappho in 1972, the social group which also went on to become one of the UK’s longest running lesbian publications. While the Sappho magazine’s publication ran from 1972 to 1981, the group members continued to convene regularly for many years to come. The usual meeting point of the members of Sappho was the Chepstow pub in Notting Hill. Notable speakers of the group were Anna Raeburn and Maureen Duffy.

After her time with Sappho, Jackie Forster joined the Women’s Committee of the Greater London Council. In the year 1992, Jackie Forster joined the Lesbian Archive and Information Centre Management Committee. In the year 1997, a BBC film crew visited the Lesbian Archive and Information Centre Management Committee to film Jackie Forster and interview her about her life. The footage was featured on The Day That Changed My Life: From High Heels to Sensible Shoes. On the program, Jackie Forster spoke candidly about the hardships that she endured as the UK’s public face of female homosexuality. Gill Hanscombe, one of the key contributors to the program, remarked that had Jackie Forster been an activist in any field but lesbian rights, the British Empire would’ve honoured her as a dame.

Even though Jackie Forster was never given the title of dame, she is fondly remembered by today’s LGBT community as “Saint Jackie of the Eternal Mission to Lay Sisters”. Jackie Forster was a tireless lesbian rights campaigner and icon who led by example and truly paved a path for numerous others to follow.

When did Jackie Forster die?

Jackie Forster was a member of the committee till her demise due to emphysema on October 10th, 1998 in London. She was 71 years old.

Google celebrated Jackie Forster’s 91st birthday with a doodle on November 6th, 2017. The doodle’s reach was restricted to the United Kingdom only. Here’s what the Google Doodle blog page had to say about her:

It is quite an achievement to leave a lasting legacy. Jackie Forster is known for two: first, for her charismatic TV news reporting; second, for her trailblazing gay rights activism.

Born on this day in 1926, Jackie launched her famed career first in acting, appearing in various West End productions and films in the 1940s. She moved to television news under her maiden name, Jackie Mackenzie, and became a favorite of producers and the public with her sharp, lively, and quirky delivery. Her coverage of the wedding of Prince Rainier to Princess Grace in 1956 won her the Prix d’Italia.

Thirteen years later, Jackie made history by publicly coming out as gay, paving the way for many other women of the time. Soon after, she appeared on a host of television programs, speaking openly about her identity and helping viewers find the strength to accept themselves. She walked proudly in the first gay rights march in the UK and co-founded Sappho, an English lesbian magazine and social club.