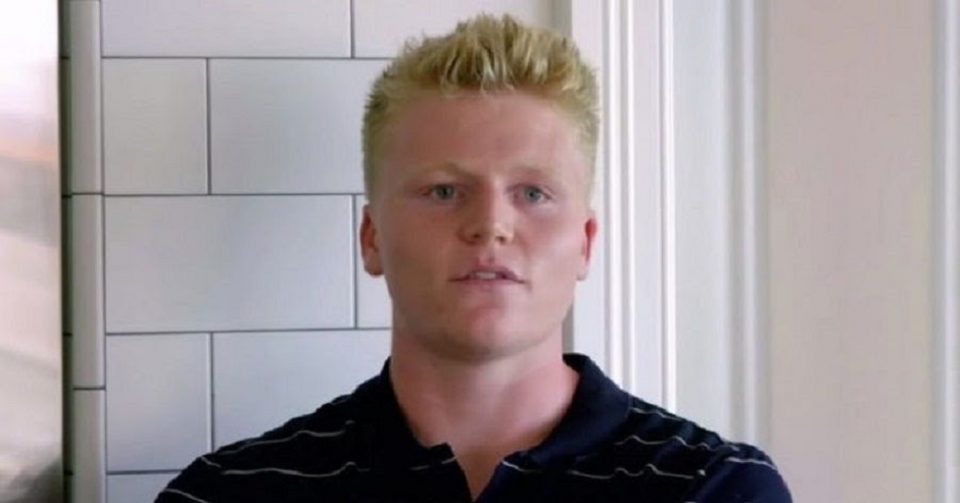 As several celebrity children have displayed in the past, growing up amidst all the fame and fortune isn’t as rosy as it seems. Normalcy seems like an alien world and every single step of a celebrity child’s life is heavily criticized. However, for Jack Scott Ramsay, growing up as the son of one of the world’s most famous chefs, Gordon Ramsay has been anything but celebrity-like. A lot of that is by design as Gordon Ramsay decided to raise his children in a more “normal” way. He ensured that all five of his children, including Jack Scott Ramsay, stayed grounded as they grew up. Needless to say, Jack Scott Ramsay isn’t nearly as popular as his legendary father, he still has a small but significant legion of fans. Let’s find out more about him.

Jack Scott Ramsay: All You Need to Know

When was Jack Scott Ramsay born?

Jack Scott Ramsay is the firstborn son of Gordon and Tana Ramsay. Jack Scott Ramsay was born alongside his fraternal twin sister Holly Ramsay on January 1st, 2000. The twins have the distinct honour of not just being new year babies, but they are also new millennium babies. Jack Scott Ramsay has an older sister Meghan Ramsay, younger sister Matilda Ramsay and younger brother Oscar Ramsay.

Where is Jack Scott Ramsay studying?

The 20 year old Jack Scott Ramsay finished his sophomore year at Exeter College. Being the child of one of the world’s most famous chefs, coupled with the fact that he was born on the first day of the new millennium, he has spent a lot of his life under the limelight. Jack Scott Ramsay has regularly appeared on the family’s cooking show, Matilda and the Ramsay Bunch. He has participated in numerous stage productions as well.

When did Jack Scott Ramsay make his stage debut?

The budding actor made his stage debut during the Edinburgh Fringe at the age of 17. He had a role in the spooky gothic mystery called The Curse of Cranholme Abbey. His time on the stage has definitely made Ramsay consider a career as an actor, stating “it’s definitely an option, I really enjoy it.” Although he’s long been rumored to be pursuing a career as a British soldier, becoming an actor is a career that his father would certainly support. As per Jack Ramsay, his superstar chef father Gordon Ramsay has always encouraged him to follow his passion.

Jack Scott Ramsay is also known for being incredibly athletic. The teen played on his high school rugby team, played water polo, studied Jiu-Jitsu and martial arts and is an all-around amazing athlete. As a part of his efforts to raise money for the Great Ormond Street Hospital, Jack Scott Ramsay also participates in the London Marathon every year. Perhaps all the great food that he eats daily, has made Jack Scott Ramsay really strong and athletic. The university student has competed in many triathlons throughout the years as well, some even with his entire family.

How is Jack Scott Ramsay’s relationship with his father?

His father is, of course, celebrity chef Gordon Ramsay. Gordon Ramsay is a chef, restaurateur, writer, television personality and food critic who was born in Scotland but raised in England. He first appeared on British television in 1998 before becoming more well known in the United States. He has starred in his own cooking shows in the UK and US including Hell’s Kitchen, The F Word, Ramsay’s Kitchen Nightmares, MasterChef, MasterChef Junior, and Hotel Hell.

Jack Scott Ramsay’s mother’s name is Tana Ramsay. She has been married to Gordon Ramsay for 23 years. The couple met each other when Gordon Ramsay was 22 and Tana Ramsay was 18. The couple didn’t start dating straight away as Tana was dating another chef at the time, but eventually, the pair got together and ended up marrying each other. The couple was married in 1996 and about two years later they experienced problems with infertility. They were eventually able to have oldest daughter Meghan and twins Jack and Holly thanks to IVF. Younger sister Matilda was conceived naturally, so was Oscar Ramsay.

What is Jack Scott Ramsay’s Net Worth?

Many people think that being the child of a famous celebrity means they are also worth millions, but Gordon Ramsay has made it perfectly clear that his children will not be inheriting his fortune when he’s gone. The celebrity chef, who endured a hard upbringing with an alcoholic and abusive father, told The Telegraph why he won’t be leaving his fortune to his children. “It’s definitely not going to them, and that’s not in a mean way; it’s to not spoil them”. Gordon Ramsay went on to add: “The only thing I’ve agreed with Tana is they get a 25 percent deposit on a flat, but not the whole flat,” he said. “I’ve been super lucky, having that career for the last 15 years in the US. Seriously, it has earned a fortune and I’ve been very lucky, so I respect everything I’ve got.” He even admitted that each child has a modest budget that they need to use to pay for things like their phones and bus fare. It’s quite surprising to know since Gordon Ramsay is worth $150-175 million. He earned $56 million last year alone, according to Forbes.

Despite hanging out around with other celebrity children like Brooklyn Beckham, whom Jack often refers to on Instagram as his best mate, the entire Ramsay family seems to be quite down to earth and philanthropic.

Jack Scott Ramsay has been born in wealth and privilege, but he hasn’t been raised to live his life like a spoilt brat with a gigantic trust fund. He is very athletic and has shown great promise on stage as well. A bright future awaits the young and brilliant Jack Scott Ramsay.

How Does a Stud Finder Work?