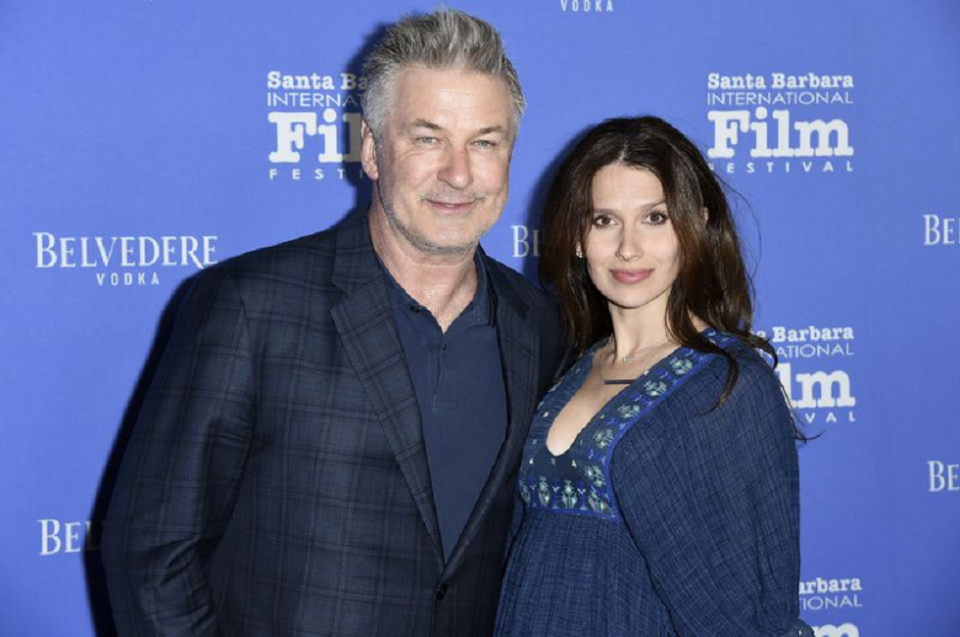 In an emotional post in late 2019, Hilaria Baldwin announced she has miscarried. Hilaria had been just four months pregnant with her fifth child with husband Alec Baldwin, when they didn’t hear a heartbeat during a routine check. But there is a lot of happiness that has surrounded her life since and before the incident, and this is her story.

The Life of Hilaria Baldwin: All You Need to Know

What age is Hilaria Baldwin?

As of 2020, she is 36 years old. There is a whopping 26 year age difference between herself and her husband Alec Baldwin.

Their age gap didn’t seem to be a problem because their feelings were mutual. Back in the early days, Hilaria said that she didn’t think too much about the age. And from there, their love began to blossom. For 6 weeks they went on the most romantic dates and spent evenings together without even kissing. They were simply trying to get to know each other. Alec knew that this woman was special to him, so special that he would shake her hand after their first date because he wanted to take it slow and treat this special lady, like a respectful gentleman.

Hilaria summed up the unexpected turn her life has taken by saying: “I didn’t expect to fall in love with somebody who was 26 years my senior, but you cannot help who you fall in love with.”

What does Hilaria Baldwin do?

Also the co-founder of Yoga Vida in Manhattan, she wanted moms-to-be to get their bodies moving during pregnancy. Hilaria also wanted to show that partners could join in the downward-dog fun, too—cue bonus material with hubby, Alec.

How did Hilaria and Alec Baldwin meet?

Hilaria Baldwin would meet her future husband Alec Baldwin at a restaurant in 2011.  Alec spotted Hilaria Thomas at a restaurant and gave her his business card with his personal mobile phone number jotted down on the back. The actor confessed on Instagram: “My friend and I sat down (outside!) and as I turned to my left, I saw a woman who would change my life. Entirely. Thanks for all you’ve given me. You are a gift.” The couple were married a year later.

Yes, after a year-long courtship the actor proposed and the wedding took place at St Patrick’s Old Cathedral in New York, with celebrity guests including Tina Fey, Woody Allen and his brothers Stephen and Billy Baldwin. Showing her approval, the groom’s daughter Ireland was the maid of honour.

Hilaria also describes Alec as her “soulmate”. She added: “I fell in love with him very quickly and very easily. He’s very romantic. We can spend all day talking and we never get bored. With us, everything is very simple. Our wedding rings are engraved: ‘We’re a great team’. In the end, that’s what it’s all about.”

Why do Alec and Hilaria have so many kids?

The couple got engaged in 2012 and got married the same year. 4 beautiful babies became proof of their commitment to each other’s wish to have many children. But many don’t know that despite the slow burning start to their romance, Hilaria revealed it didn’t take them long to make up for lost time, getting engaged, married and having a baby within a short space of time.

She explained, ‘I think we knew fairly soon because we built a real relationship very early on. We got to know each other in a way I think most people forgo if they start dating first, then learn about each other after….”Five months into our relationship, we got an apartment together; then we started talking about getting married; then he proposed; then we got married; now we have a kid…So it all went quite fast!’”

Alec Baldwin is also a great father, and having a support system like Alec can bring a whole new meaning to the word family. In one interview, Hilaria opened up about Alec as a father. And she could say only good things.

“He’s a good dad, a very good dad. I don’t think you ever know how they’re going to be until you experience it. Everybody says, “Oh yeah, sure. I’m going to be with you, and I’m going to change diapers and do all these things,” and you always worry that at 2 a.m. you’re going to be alone with your child and your husband’s going to be snoring. But no, [Alec’s] really great. He wakes up with me every single time that she wakes up. He’s sweet.”

Alec Baldwin also says that his parenting style has evolved since being with Hilaria.

“It’s a generational thing,” Alec confessed of his and Hilaria’s different parenting styles. “I’m a lot older, and when I grew up there was none of this bargaining and negotiating you do with kids now. Making them understand. My father was like ‘Oh, I’ll make you understand!’ My mother used to hit us with a curtain rod, you know, people used to hit their kids with kitchen utensils. But [Hilaria] is the best mommy, she respects them, she honors them.”

Later in the same interview, the couple revealed that Alec is happy to let Hilaria take on the “alpha” role in their household. “He realizes that I’m there with the kids the majority of the day, and he’s very, very good at letting me be the alpha,” Hilaria said. “Well, I’ve just never been spoken to the way you speak to me sometimes,” Alec joked in response. “It’s really just incredible.”

How long have Alec Baldwin and Hilaria been together?

The couple has been together since 2011, and clicked instantly despite their 26-year age difference.

Alec Baldwin shared a sweet Instagram post to mark the eight-year anniversary of their first encounter in 2011, recalling his first chance meeting with yoga instructor Hilaria.

“8 years ago, I wandered into Pure Food and Wine on Irving Place, on an unseasonably warm February evening,” he wrote. “My friend, @bocartist and I sat down (outside!) and as I turned to my left I saw a woman who would change my life. Entirely. 8 years today. Thanks for all you’ve given me. You are a gift.”

How much is Alec Baldwin worth?

New York native, Alec Balwin is the actor who has shown his versatility as a performer in films including ‘Beetlejuice’, ‘Working Girl’, ‘The Hunt for Red October’, ‘The Cooler’, ‘The Departed and Mission Impossible: Rogue Nation’. As of 2020, Alec Baldwin’s net worth is $65 Million dollars.

What ethnicity is Hilaria Baldwin?

She is of Spanish ethnicity. The wife of the actor spoke about raising her daughter, Carmen, to honor her Latin roots and ethnicity.

“We want her to be bilingual. My parents are here, visiting from Spain, so we speak to her in Spanish. They bought her a bunch of books like Are You My Mother. In Spanish, it’s Eres Tu Mi Mama? We read that to her…..Cielito Lindo, which means “little beautiful sky”; A La Nanita Nana (Let’s Sing a Little Lullaby); and she really likes Ave Maria. … I walked down the aisle to Ave Maria”.

So that was a brief glimpse into the incredible life and marriage of Hilaria Baldwin. She is married to Hollywood superstar Alec Baldwin and despite their incredible age gap of 26 years, they are well and truly in love.

How Traveling Can Change Your Life

Unusual Things That Could Cause Your Car To Breakdown