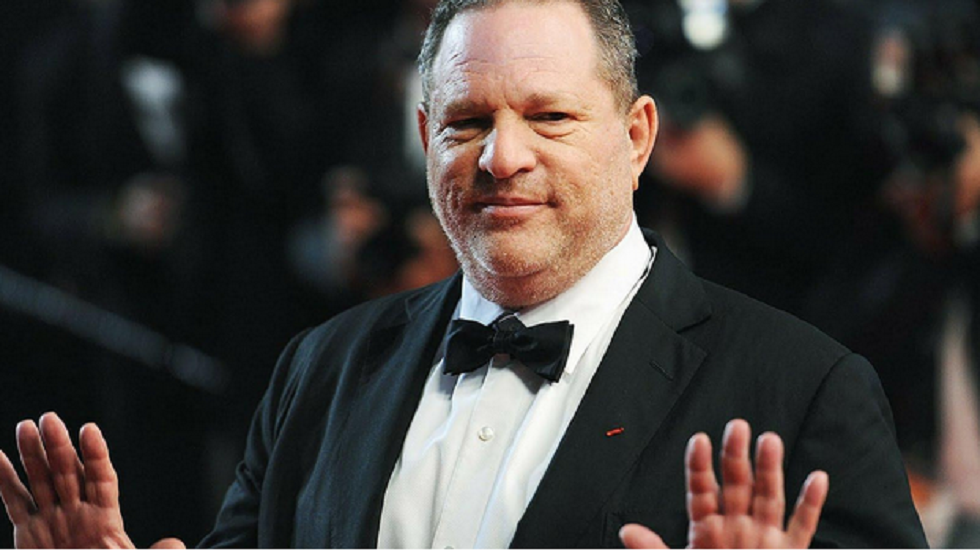 Harvey Weinstein is an American film producer and movie studio executive born on March 19, 1952, in New York City, USA. He co-founded the entertainment company Miramax, with his brother Bob Weinstein which they produced many successful films like Heavenly creatures, Shakespeare in love, Frida and Aviator. From 2005 to 2017, Weinstein left Miramax and founded The Weinstein Company (a mini-major film studio) alongside his brother. He was one of the biggest producers in the American entertainment industry and one of the richest. Despite his changes and contributions made into the film industry, Weinstein’s career ended when dozens of women came forward to accuse him of sexual misconduct in 2017. After these allegations, the company removed him from his own company. Harvey Weinstein’s net worth is now about $50 million.

Harvey Weinstein net worth and how he built his wealth?

Harvey Weinstein net worth is $50 million which is a significant decline from his $300 million net worth at the peak of his career. He is the owner of the musical company of several million dollars and has a major influence in the American entertainment industry. Harvey invested his money in several other firms in shares that earn him at least $3.2 million a year. Harvey and his brother Bob developed their business sense from their father Max Weinstein a diamond cutler along with a love for movies shaped through Saturday afternoons together at the theatre.  In 1973 after graduating from the State University of New York at Buffalo, Weinstein remained in the area to set up a concert promotion business. He later purchased a theatre downtown Buffalo where he began airing concert films. Harvey and Bob had a passion for films in their twenties and they founded Miramax pictures named after their parents Miriam and Max in 1979. The movie studio got credited with revolutionizing the film business that has led to a rise in the independent movie by releasing success in the late 80s and early 90s. The Weinstein sold Miramax for an estimated $60 million to $70 million to the Walt Disney Company in 1993 and continued to work for the studio. Harvey and Bob Weinstein started marketing their films separately. Harvey was working under the Miramax banner and Bob under Dimension Films. Harvey worked as a producer of award-winning movies under the Miramax label such as Emma, Shakespeare in Love, The English Patient and Good Will Hunting. He also made a parody of the Scary Movie series under dimensions film (company’s sister label). Eventually, Bob and Harvey left Miramax and Disney to form a production company called The Weinstein Company in 2005 with $1 billion in investment gathered by Goldman Sachs.

On September 30, 2005, the Weinstein brothers left Miramax to form their own company the Weinstein Company, together with several media executives, directors who had successfully managed the production department at the company for 10 years. The Weinstein Company was in a financial crisis in 2009 compromising $500 million in debt, $490 million in equity and $200 million through other commercial arrangements. They escaped bankruptcy with significant debt and asset restructuring. In 2010, the Walt Disney Company sold Miramax to an investor group for $660 million however, the Weinstein’s tried to regain ownership of it but were unsuccessful. Also in the same year the company reportedly granted Goldman Sachs and Assured Guaranty Ltd a possession of some 200 films to get $450 million in unpaid credit.  Michael Moore took legal action in February 2011, against Bob and Harvey claiming that they owed him $2.7 million for his documentary Fahrenheit 9/11 (2004) which got denied by Hollywood accounting tricks but subsequently dropped the lawsuit for an undisclosed settlement. The Weinstein’s established storied careers in movies and won 81 academy awards while at Miramax and The Weinstein Company. They won back to back best picture Oscars for The King’s Speech (2011), The Artist (2012) and later extended into television with series like Project Runaway. The Weinstein Company is a privately held company and therefore does not disclose any of its financial information. In 2013, the company’s fortune took a turn after securing $370 million in financing from Union Bank. With the aid of this, the company started investing in television producing 22 shows including projects such as MobWives, Runaway and Marco Polo to great success. According to the 2014 New York Times article the company has a value of $360 million, leaving about $90 million to Harvey Weinstein who owns a quarter of the business. In 2015, Forbes report stated that the Weinstein brothers were not among the Hollywood’s Richest Power Brokers because of several poor business moves made in the previous years including failed investments in fashion labels and stock for home videos distribution firm. The Weinstein Company created movies that grossed over $1.3 billion worldwide isn’t a billion-dollar company. Forbes report in 2015 stated that the net worth of The Weinstein’s company was around $150 million. With the allegations of sexual assault and harassment against Weinstein, the company fired him from the Weinstein Company. After the scandal in 2018, Lantern Entertainment purchased all the assets of the Weinstein Company for $289 million. The Weinstein Company got shut down on July 16, 2018, later along with the website of the company.

Harvey Weinstein was a great supporter of Democratic politicians and progressive causes. He is one of the Democratic Party’s most profit donors. Business insider stated that since the 2000 elections, Weinstein was responsible for around $2.5 million in bundled donations ($1.5 million) and direct donations ($1 million) to democratic committees and candidates. Weinstein has been a high profile donor to the campaigns of Ex-President Barack Obama and presidential candidates such as Hillary Clinton, John Kerry. But later Obama and Hillary Clinton released statements condemning him and praising the courage of women went public with their accusations. He has given a total contribution of $2.3 million to Democratic politicians and millions more to causes with his personal influence. Since the election cycle, Weinstein has donated over $1.4 million, nearly all of it to the Democratic lawmakers. His contributions are tiny compared to biggest political donors not even placing him one of the top 100 funders. Weinstein also promised a $5 million endowment to fund scholarships for women directors at USC’s school, but the school rejected pledge. Weinstein foundation has also made help to advance women’s equality to New Jersey’s Rutgers University, but the university said it has no plans to return the $100,000 donation.

Weinstein has gotten away with alleged harassment and assault by paying off the defendants. He reached a $100,000 settlement with actress Rose McGowan in 1997 when she was 23 after an incident in a hotel during the Sundance Film Festival. Over the years many women have reportedly reached similar settlements and most of the women involved in Weinstein’s agreement have received around $80,000 to $150,000. Since the allegations made in 2017, at least 80 women including Angelina Jolie, Rose McGowan, Ashley Judd and many more also accused him of similar actions. On May 25, 2018, Weinstein was being charged and arrested in New York with sexual misconduct for incidents involving two separate women. He got arrested on that day after surrendering to the police.  He got released on $1 million and promised to surrender his passport and wear a GPS tracker. Besides so many lawsuits against Harvey Weinstein over the years he will also deal with legal issues related to divorce from his alienated wife Georgina Chapman, a fashion designer. According to various reports, Weinstein will end up paying Chapman up to $20 million. Also, he will lose the custody of his children as Chapman will receive primary custody of their children India Pearl (born 2010) and Dashiell (born 2013). Weinstein cannot afford to pay child support for his daughters for a year with his first wife Eve Chilton.

Harvey Weinstein owns three luxury mansions and some real estate investments. Even after his divorce settlement with his wife Georgina Chapman, he still had his remaining estate and properties. Weinstein sold off his real estate’s worth of $52.6 million and also sold a mansion in California for $4 million. He also owned two properties in Connecticut near the ocean priced at $7 million and $8.5 million. Another waterfront home of 9000 square foot in Amagansett on Long Island’s South Shore he listed for 5 million which later got reduced to $12.8 million. Despite being listed in one of the most renowned markets the property didn’t sell and has got listed for a price of $12.4 million in 2014. Weinstein also has an apartment in NYC worth $25.6 million and has another townhouse in NYC worth $15 million. He also purchased a home in Beverly Grove for 1.5 million which he has given to one his children. Weinstein sold another property that he owned in Connecticut for $1.65 million after the allegations of sexual misconduct against him.

The Best Poker Tournaments on the Last Month of 2019