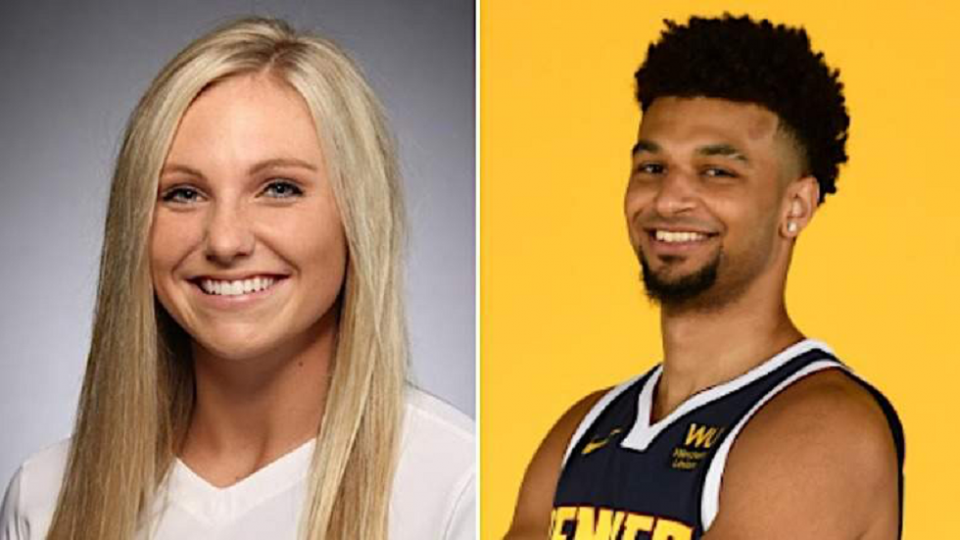 Twitter exploded in March 2020 as NBA star Jamal Murray and his girlfriend Harper Hempel‘s NSFW video surfaced on social media. Their sex tape first appeared on Jamal Murray’s Instagram story but was immediately deleted. The Denver Nuggets star claimed that he was hacked by some unknown entity and posted the video on his story on his Instagram! Ever since then, people have been worrying who Harper Hemel is and if Harper Hemel and Jamal Murray are still together in 2021!

Harper Hempel: Where Is Jamal Murray’s Girlfriend Now In 2021?

How Her NSFW Video Got Leaked:

The NBA star’s girlfriend Harper Hempel even voiced out on Twitter urging people to delete the video which was a breach of her private space.

In the early hours leading into the morning of March 22, Denver Nuggets guard Jamal Murray’s name went viral after a video was published from his official Instagram account that appeared to show his girlfriend Harper Hempel giving him oral sex.

Users online could not believe what they saw on his social media account, and while the then 23-year-old basketball star claimed his account was hacked, many were still left wondering if that was true, and if not, if it was actually the NBA player in the video.

The 23-year-old, basketball star who was drafted into the NBA as the No. 7 overall picks in 2016, promptly deleted the video from his Instagram stories before deleting his entire account, which had had 422.5K followers.

Hempel, who was a star volleyball player at the University of Kentucky, where she first started dating Murray, also deleted her Instagram account but as of 2021, her new account has over 77k followers!

After Their NSFW Video, The Couple Said:

As stated on her website, “I enjoy capturing special moments in personalized sessions with individuals and groups. My specialties include senior pictures, family portraits, couples, kids, and groups of friends.”

Harper Hempel has also boasted her skills as a videographer – for example, in 2018, she captured a particularly hilarious video of Murray during the offseason, which quickly went viral.

In the video, it’s clear the Nuggets star assumed the shot would sink, and his reaction when it bounced off the rim was captured perfectly by his pro-camera woman girlfriend before she stopped filming.

Are Jamal And Harper Still Together?

Yes, Jamal and Harper are still in love and dating, but both of them kept their lives as private as possible. On both their accounts, the couple neither share personal photos of each other. Their personal accounts have photos of only themselves, friends, and family, but no posts that link the couple to each other – in any way! Seems miraculous but this is actually fact-checked!

During the 2020 pandemic, Jamal and Harper had to spend some time apart due to COVID restrictions after Jamal left to take part in the NBA playoffs. The players are required to stay within the NBA bubble to prevent exposure to the virus. Their current situation forced Jamal and Harper to celebrate Harper’s 24th birthday without her boyfriend but the two of them are destined to reunite soon after the Nugget’s loss to the Lakers.

How Did Jamal And Harper Meet?

Jamal and Harper Hempel met during their time at the University of Kentucky.

An academic, Harper Hempel studied marketing and was a vital member of the Kentucky Women’s Volleyball team. NBA star Jamal and Hempel started dating during their time in Kentucky, and they have been going strong ever since. After the Nuggets star Jamal was drafted into the NBA, he had to move away to stay in Denver, however, his girlfriend Harper stayed back in Kentucky to complete her college and continue playing volleyball.

It’s sweet to note that the couple has stayed strong despite the distance.

How Long Has Jamal Murray Been with his Girlfriend?

Jamal and his girlfriend Harper have been dating ever since Harper was a sophomore at the University of Kentucky.

What Does Harper Hempel Do For A Living?

As a graduate, the NBA star’s girlfriend has started working as a photographer. She also owns a company in Kentucky and simultaneously also works as a social media consultant – she has 77k followers on Instagram and it makes sense for her to do so!

In addition to these jobs, the NBA star’s girlfriend has various sources of income. As of March 2020,  Harper Hempel was working as a Social Media Community Manager of Fact & Fiction.

However, the controversial video took a significant toll on her career and mental health – therefore, in August 2019, Harper Hempel signed a contract with All Social Jessie as a social media marketing manager. Her current net worth stands at $100 thousand, according to online sources.

Who Is Jamal Murray?

Jamal Murray (born on 23rd February 1997) plays for the Denver Nuggets in the NBA. The basketball point guard also represents the Canadian National team. Murray played college basketball for the Kentucky Wildcats prior to being drafted into the NBA by the Nuggets in 2016.

The NBA star started off his rookie season on a high note and has maintained consistency ever since, but his performance in the 2020 playoffs highlighted his exceptional talent.

Murray, who was the No. 7 overall selection in the 2016 NBA Draft, has taken strides forward in each of his first four NBA seasons. Upon averaging 9.9 points and 2.1 assists in just nine starts as a rookie, this NBA athlete has increased his scoring and assist marks.

After posting averages of 16.7 points and 3.4 assists during his sophomore campaign, the NBA athlete has topped 18 points and 4.8 assists in the two seasons to follow. The basketball player also hit a career-high mark in field goal percentage (45.6) during a shortened 2019-20 regular season.

6 Most Beautiful Places to Visit in the Philippines

Why Were Cornflakes Invented and How Did They Become the Most Marketed Meal of the Day?