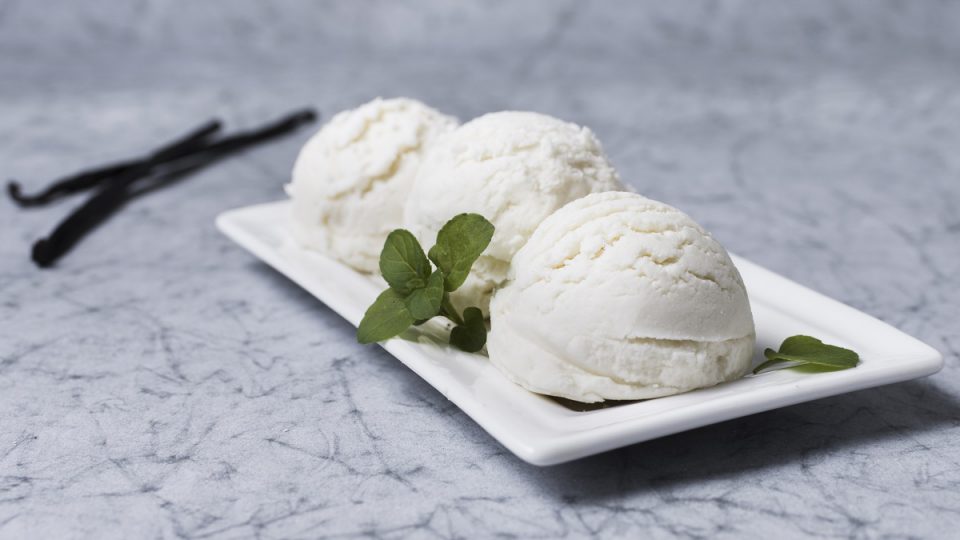 Vanilla, the second most costly and one of the most widely used spices in the world, is widely utilized in the food, beverage, medicinal, and perfume industries. It is regarded as an essential ingredient in many Western desserts like baked food, ice-creams, cupcakes, brownies and cookies. Although the primary flavour of vanilla contains vanillin, pure vanilla pods contain additional flavours as well that are responsible for its deep flavour and texture.

The lengthy and multi-step process of extracting natural vanilla is highly demanding. As a result, scientists and researchers have discovered other methods, such as imitation and wood-based vanilla, that may give us the flavour of our preferred foods without sacrificing vanilla’s scent, flavour, or taste. The brown vanilla beans that are used to make natural vanilla cannot be colourless because they are macerated. Hence, if you ever see clear vanilla, it is artificial.

From what is an original vanilla flavouring made?

Before we delve deep into the artificial vanilla-making process, it is necessary to comprehend how original ones are made. The authentic vanilla flavour comes from the seeds of a unique orchid that belongs to the Vanilla genus. You may find thousands of vanilla orchid varieties worldwide, though, only two of them can yield the seed pods which is used for extracting vanilla flavour; Vanilla planifolia and Vanilla tahitensis. The pods of these two orchids are commercially known as vanilla beans but they are not a bean actually as the plant does not belong to the legume family.

If the environment is favourable for vanilla orchid growth, it gets attached to the trees to grow old clinging to the tree. It is not a parasitic plant and never damages the host tree. It is rather, white with spongy roots that wrap themselves around the bark of the tree. They bear fleshy flowers, can absorb moisture and ensures the orchid grows. The American Orchid Society details that vanilla orchids bloom for a shorter span than other orchids found in similar flower arrangements. The flowers in vanilla orchids bloom one at a time and can stay open for pollination for about a day.

From where does artificial vanilla flavouring come?

We all love desserts and drinks that contain vanilla flavour. But, the demand versus supply of vanilla is never proportionate and thus, food scientists have invented cheaper versions of vanilla flavour by making artificial vanillin. The vanilla flavour comes from this compound, which can be made with or without a vanilla plant.

Many people call vanillin imitation vanilla. It can be used to make candles, perfumes and potpourri or for flavouring cakes, candies and more. Many imitation vanillas are made from petroleum, made as a byproduct of processing rice bran oil. They can be extracted from cloves, wood bark or even animal such as beavers castoreum.

One of the ways to make artificial vanilla is by synthesizing the vanillin molecule into plant fibres, most commonly the trees of the guaiacum genus or flowing shrubs. Vanillin produced in this way remains chemically identical to the vanilla extracted from the original pods which require 14 months of processing time.

But, 90% of the world’s vanilla flavouring comes from fake imitation vanilla which is not a plant product. It is more like synthetic vanillin typically labelled as vanilla essence and made from less organic material such as petroleum. They smell like vanilla, but some argue that lack original seeds woodsy and floral notes. But then, artificial vanilla is comparatively cheap and easily available as compared to the original ones which are very expensive and hard to find.

Artificial vanilla made from beaver’s excretion

Since the FDA declares castoreum to be natural and healthy, many businesses are not legally required to reveal its name when they use it in food. In the ingredients list, they refer to “natural flavorings” instead. The likelihood that a meal would include vanilla harvested from beavers is extremely low.

How to choose authentic vanilla flavouring?

After knowing where artificial vanilla flavouring comes from, it is viable that you would like to know how to choose authentic vanilla flavouring. To select the best, you must opt for vanilla pods and find how they have been cured. A good vanilla pod must smell rich and sweet with notes of dried fruit, chocolate and cream.

Alternative Ideas for a Night Out With Friends

Dan Newlin: Net Worth, Life, Career and More of the Famous Lawyer