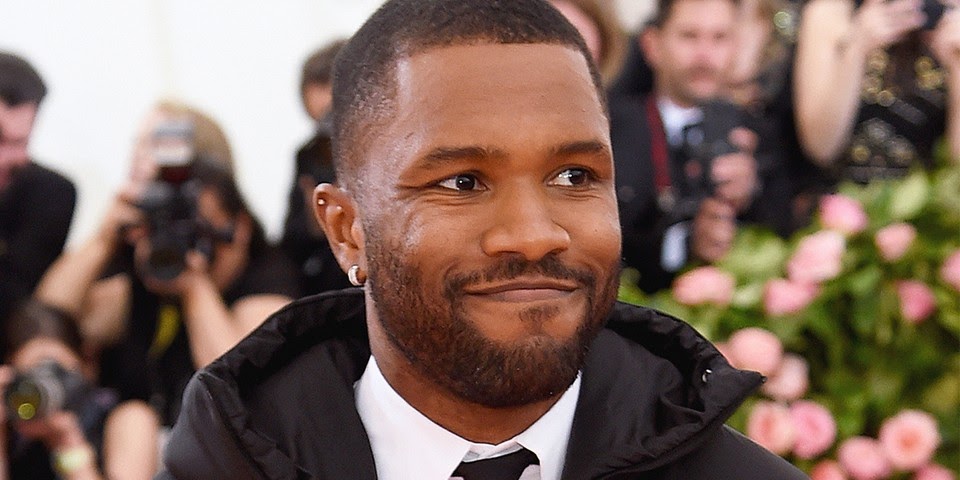 On July 10, 2012, Frank Ocean released his debut album channel ORANGE and pushed the genre’s boundaries to new territories. The album featured ambient sounds, avant-garde influences and free-form flows. The LP was released to widespread and universal acclaim. It received nods Album of the Year, Record of the Year (for lead single “Thinkin Bout You”) and Best New Artist at the 2013 Grammys. Most new artists don’t get to enjoy such an incredible amount of success immediately. Frank Ocean wasted no time in forging his career in his own unique way. He didn’t care about who might get frustrated in the process.

Frank Ocean: All You Need to Know

Frank Ocean leaned into the elusive, crafting a career built on his terms—regardless of who it might frustrate in the process.

“It started to weigh on me that I was responsible for the moves that had made me successful, but I wasn’t reaping the lion’s share of the profits, and that was problematic for me,” the notoriously press-averse Ocean told The New York Times in a rare 2016 interview. So he left L.A. for London with little more than a duffel bag of clothes and a backpack containing the hard drives he keeps all his music, backups included, on. (“I’d rather the plane goes down in flames and the drives go down with me than somebody put out a weird posthumous release,” he said of that unorthodox approach.)

He would work sporadically on what would come to be known as his twin 2016 releases, Endless and Blonde, suffering a year-long bout of writer’s block at one point, while also replacing his entire team and winding down what he’s referred to as a “seven-year chess game” with Def Jam that ultimately saw him buying himself out of his contract and purchasing back all of his own master recordings with his own money.

As part of the deal, Def Jam would distribute Endless, which was made available—exclusively, at first—as a streaming video album on Apple Music following a two-day livestream that showed Ocean sporadically woodworking. Two days later, he independently released Blonde. Wholly his own, the album could be viewed as a bit of a middle-finger to his old label, overshadowing his last release with them while landing at No. 1 with the third-biggest debut of the year behind only Beyoncé and Drake.

Wanting both albums to be more personal than channel ORANGE—which Ocean said was written in two weeks, an end product that “wasn’t always that gritty, real-life depiction of the real struggle that happened”—he took his time. “I know that once it’s out, it’s out forever, so I’m not really tripping on how long it’s taking,” he told the newspaper in 2016.

And once they were released, he allow them to survive their own and represent themselves. Rather than the standard promo tour, he opted to explore the planet for a month. “China, Japan, Oceania, France, just around,” he said. “Casual.”

What happened with Frank Ocean at the Grammys?

In their wake, his indifference towards the industry machine calcified further. Whereas with channel ORANGE, he played the sport and submitted for Grammy nods—though he only agreed to perform at the 2013 ceremony if he could play the song of his choosing, deep cut “Forrest Gump”—this time around, he didn’t bother.

“Like working at the V.M.A.s, being tapped to perform at the Grammys — me saying yes to those things had tons to try to to with how those things made me feel before I was actually in the business. And just eager to be rubbing shoulders with those people and being seen at those places. I still was reluctant and sort of skeptical of those things because I questioned whether or not I was prepared,” he told the NYT, adding of the Grammys, in particular, “That institution certainly has nostalgic importance. It just doesn’t seem to be representing alright for people that come from where I come from, and hold down what I hold down.”

“I think the infrastructure of the awarding system and therefore the nomination system and screening system is dated,” Ocean continued. “I’d rather this be my Colin Kaepernick moment for the Grammys than sit there within the audience.”

What has Frank Ocean released since his last full-length album?

In the four years since his last full-length release, he’s released tracks here and there, and further teased his fans about plans that, as of yet, have failed to materialize. “If you liked two thousand and seventeen then you’ll love two thousand and eighteen,” he wrote in a photo essay for British magazine i-D in fall 2017. And yet, in the whole of 2018, he only released one song of his own—a cover of “Moon River” from Breakfast at Tiffany’s.

Perhaps all the disparate releases were building up to something big this year. After all, he was due to headline Coachella. But now that coronavirus has sidelined the music festival entirely, when Ocean will return with his fifth full-length project is anyone’s guess.

How is Frank Ocean working as a music artist?

And now that he’s not beholden to the demands of any contracts, it’s clear that’s exactly how he wants it. “Because I’m not in a record deal, I don’t have to operate in an album format. I can operate in half-a-song format. I believe that I’m one of the best in the world at what I do, and that’s all I’ve ever wanted to be,” Ocean told the New York Times in 2016, hinting that music might not be the endgame for him. “It’s more interesting for me to figure out how to be superior in areas where I’m naïve, where I’m a novice.”

“This has always been my life and no one else’s,” he reminded, “and that’s how it’s always been since the day I came in it.”

Various music critics and writers have classified Frank Ocean’s music as idiosyncratic. His musical arrangement usually consists of an electronic keyboard, often performed by Ocean himself, and is backed by a subdued rhythm section in the production. Frank Ocean’s songs usually have midtempo, unconventional melodies. Sometimes, he dabbles in unconventional song structure. For his eclectic songs, Frank Ocean has been dubbed an “avant-garde R&B artist and a pop musician”.

In his songwriting, Jon Pareles of The New York Times observes “open echoes of self-guided, innovative R&B songwriters like Prince, Stevie Wonder, Marvin Gaye, Maxwell, Erykah Badu and particularly R. Kelly and his way of writing melodies that hover between speech and song, asymmetrical and syncopated.” Jody Rosen of Rolling Stone calls him a torch singer due to “his feel for romantic tragedy, unfurling in slow-boiling ballads”. Ocean’s stage presence during live shows has been described by Chris Richards of the Washington Post as “low-key”. While nostalgia, ULTRA featured both original music by Ocean and tracks relying on sampled melodies, channel ORANGE showcased Ocean as the primary musical composer, of which music journalist Robert Christgau opines, “when he’s the sole composer Ocean resists making a show of himself—resists the dope hook, the smart tempo, the transcendent falsetto itself.”

Ocean’s lyrics deal with themes of love, longing, misgiving, and nostalgia. His debut single “Novacane” juxtaposes the numbness and artificiality of a sexual relationship with that of mainstream radio, while “Voodoo” merges themes of spirituality and sexuality, and is an eccentric take on such subject matter common in R&B.

For a long time, speculations were rife about Frank Ocean’s sexuality. He addressed that via an open letter initially intended for the liner notes on Channel Orange, that preemptively addressed speculation about his attraction in the past to another man. Instead, on July 4, 2012, he published an open letter on his Tumblr blog recounting unrequited feelings he had for another young man when he was 19 years old. He cited that instance as his first love. He used the blog to thank the man for his influence, and also thanked his mother and other friends, saying, “I don’t know what happens now, and that’s alright. I don’t have any secrets I need kept anymore… I feel like a free man.” Numerous celebrities publicly voiced their support for Ocean following his announcement, including Beyoncé and Jay-Z. Members of the hip hop industry generally responded positively to the announcement. Tyler, the Creator and other members of OFWGKTA tweeted their support for Ocean. Russell Simmons wrote a congratulatory article in Global Grind in which he said, “Today is a big day for hip-hop. It is a day that will define who we really are. How compassionate will we be? How loving can we be? How inclusive are we? Your decision to go public about your sexual orientation gives hope and light to so many young people still living in fear.” It’s notable that hip hop as a genre doesn’t have many openly gay performers and it has had a somewhat homophobic theme in the past.

What did Frank Ocean say after the Orlando Night Club shooting?

In June 2016, following the Orlando gay nightclub shooting that killed 49 people, Ocean published an essay expressing his sadness and frustration. He mentioned that his first experience with homophobia and transphobia was with his father when he was six years old, and related how many people pass on their hateful ideals to the next generation and send thousands of people down suicidal paths. In 2017, Ocean’s father subsequently sued him for defamation and requested $14.5 million. On October 17, 2017, after a hearing that saw Ocean and both of his parents taking the stand, the presiding judge ruled in favor of Ocean, stating that his father had not provided sufficient evidence of defamation.

Legal Separation Vs. Divorce: What Are the Differences?