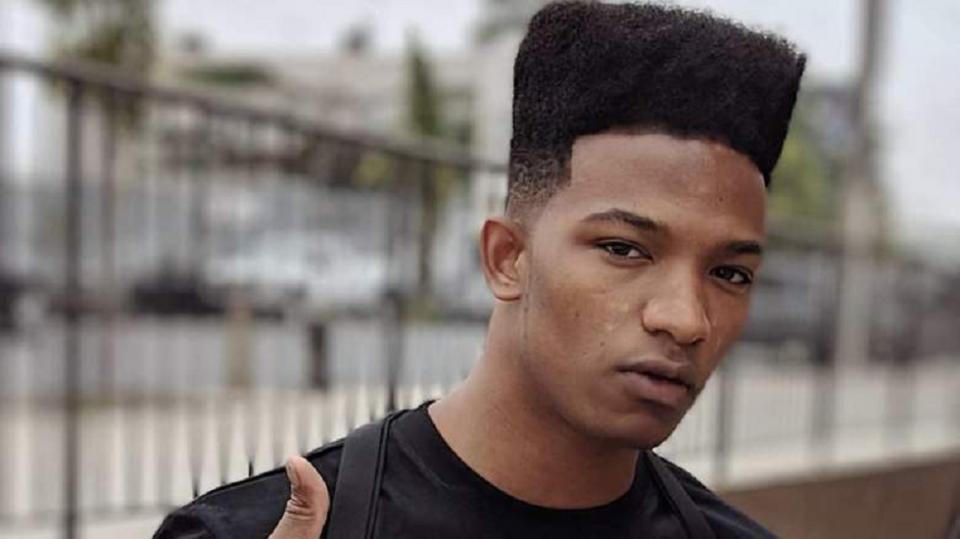 Etika, the gamer was last heard from after he posted a video in which he expressed suicidal thoughts. Amofah’s last communication with people was on June 19, and on June 20 the New York Police department declared it a missing persons case. On Sunday night Amofah’s belongings were found on Manhattan Bridge and his body was found a day later near the South Street Seaport. Fans are now rallying a petition together to get his channel reinstated so they can enjoy Etika’s past content and still hold onto the memories he left.

Desmond Daniel Amofah aka Etika was born in 1990, in Brooklyn, New York, to his father who was a Ghanaian politician and lawyer from Kibi, Ghana. His father served as a member of the Parliament of Ghana for Abuakwa Central constituency from 1992 to 1996.

His grandfather’s relative (addressed by him as “uncle”) Nana Akufo-Addo, of the prominent Ghanaian Ofori-Atta family, went on to become President of Ghana in January 2017. Amofah had many siblings, including an older brother, Randy Amofah, who died on October 31, 2010 from an asthma attack while driving through a sandstorm in Ghana, according to Amofah’s ex-girlfriend Christine Cardona.

Etika who’s real name was Desmond Amofah died in 2019. He was better known as an American YouTuber, streamer and model.

Before Etika became his full time thing, Amofah channelled his passions towards modeling and rapping. The Youtube personality even released an independently produced mixtape titled “Written In Ice” in 2007, under his pseudonym, “Iceman”. Later he started modeling in 2011 and continued until 2015.

Amofah also stated in a tweet that the name Etika came from the 2003 video game Sonic Battle, of which he was a fan of in his youth. In the game, players could input a cheat code titled “EkiTa”, and when Amofah was 12, he simply switched the ‘T’ and the ‘K’ to create his username as he “liked that result better.”

When he started using YouTube to broadcast his gaming and reaction vlogs in 2012, he used his original username “EWNetwork” (meaning “Etika World Network”). It was first planned for the channel’s content to be produced collaboratively by a variety of users including  Amofah himself, but such plans never materialized.

Before his main channel on YouTube in 2018 would go on to get blocked, he had more than 800,000 subscribers between his YouTube and Twitch channels, and within months after creating a second YouTube channel, known as “EtikaFRFX”, he had gained over 130,000 subscribers.

Amofah’s content was generally described as Nintendo-focused. He frequently vlogged about  reactions, often over-the-top, Nintendo Direct presentations, which usually involved him screaming and falling out of his chair in elated shock. He dubbed his fans the “Joy-Con Boyz”, after the Nintendo Switch controllers known as the Joy-Con and would frequently end his videos with his signature catchphrase “Take care of yourself. Have yourself a damn good one!”

In November 2016, a couple of Amofah’s videos were released where he claimed to have a Nintendo Switch console before its 2017 release. The lie gained notoriety and he was scrutinized by fans. It would eventually be learned the “model” Amofah was using was 3D-printed by fellow YouTuber “Sandqvist” at his request.

Youtube channel creator Daniel Desmond Amofah, also known as Etika, was been banned from Twitch after using a homophobic slur on his channel. The gaming vlogger and content creator has had a controversial week and has lost access to both his YouTube and Twitch accounts.

When did Etika die?

Desmond Amofah, the popular video game YouTuber known as Etika was confirmed dead on 06/25/19, after many of his items were found on the Manhattan Bridge and he was reported missing 6 days before. He died by suicide, New York City’s chief medical examiner said. His body was pulled from the East River on June 24, he was just 29 years old.

In lieu of the months that involved Amofah exhibiting signs of mental illness, as well as threatening to commit suicide on multiple occasions, the 29 year old disappeared from the scene on the evening of June 19, 2019, after uploading an apologetic video in which he admitted to being mentally ill and suicidal. Amofah’s body was discovered in the East River on June 24 by the New York City Police Department, after it was believed he jumped from the Manhattan Bridge. On June 26, the Office of Chief Medical Examiner confirmed that Amofah committed suicide by drowning.

Etika said to the camera: ‘Let me get this out of the way right now in case I ever do go…I want to be buried at the YouTube headquarters in LA. ‘Put me right in front.’

He continued: ‘I want my tombstone to read no b**ch n*****, that’s all, don’t put my name on it. ‘I want a silver coffin and at the f**king funeral the only song I want to be played, is Anime P***y…if you guys can remember that.’

Etika also shared his thoughts in video form stating: ‘years from now when I pass away, you guys have an archive of my final desire. This is what I want.’ It didn’t take long for his fans to find the video, with some tonight creating a Change.org petition to get his wish realised.

‘If etika is gone it’s our duty to make sure this happens,’ one user wrote, as they shared the clip.

In June 2017, Etika confessed himself to be the victim of multiple “fake donations”, or “chargebacks” of large amounts of money sent to his PayPal account via stream donations, which would charge Amofah with hundreds of dollars in processing fees.

Etika’s channel was terminated due to him uploading pornography, effectively sabotaging himself.

On October 25, 2018, Etika posted pornographic content to his YouTube channel EWNetwork (then titled Etika), which violated YouTube’s policies and subsequently led to the channel’s termination. He later had his second channel EtikaFRFX terminated in April 2019 too for the same reason. He was also banned from Twitch that year for using a homophobic slur during a stream.

Then, he apologized but by then it was too late for Youtube to bring the channels back. Boasting 239,000 followers on Instagram and 314,0000 on Twitter, the online personality posted a worrying eight-minute video, which he deleted later on, telling fans he was ‘sorry’, before it was taken down from the site.

In lieu of the termination of his EWNetwork channel, Etika posted cryptic messages to social media, including the statement “it’s my turn to die”, coupled with a screenshot of his terminated account. A lot of his followers felt that the messages and posts were suicidal in nature, which in turn created a panic within his following. Etika later took to social media that evening to confirm his well-being, along with other streamers who professed to have seen him safe and sound in person, so as to allay his followers’ fears. He later apologized on his subreddit r/EtikaRedditNetwork.

On April 16, 2019, Amofah tweeted that he was going to kill himself with a gun he bought from a gun store in Long Island, which led to his arrest and hospitalization. However, his ex-girlfriend Christine Cardona, whom he had dated from 2011 to 2017, confirmed his well-being, and she said that she had been “observing him all day” too.

Days later, he posted a photoshopped picture of himself holding a gun which Cardona later confirmed was fake. On April 29, after tweeting a vast quantity of cryptic messages, including homophobic and ethnic slurs (that were promptly deleted), he blocked close friends of his, including fellow YouTuber Sky Williams.

Later that day, he boldly live-streamed himself being detained by police to over 19,000 viewers on Instagram Live, after a concerned fan had notified police about his alarmingly erratic nature during the livestream.

He was also detained again later that same week for assaulting a police officer. Etika would then make an appearance on the YouTube channel “DramaAlert”, run by Internet personality Keemstar, for an interview, in which he commented that he was the “antichrist” and that he wanted to “purge all life”.

Fans are calling for YouTube to restore Etika’s 8-minute video, published sometime shortly before he went missing, where he apologized to people he felt he let down. The platform said it removed the video “for violating YouTube’s Community Guidelines.”

Over 368,000 people have already signed a Change.org petition as of Wednesday morning to have the video restored.