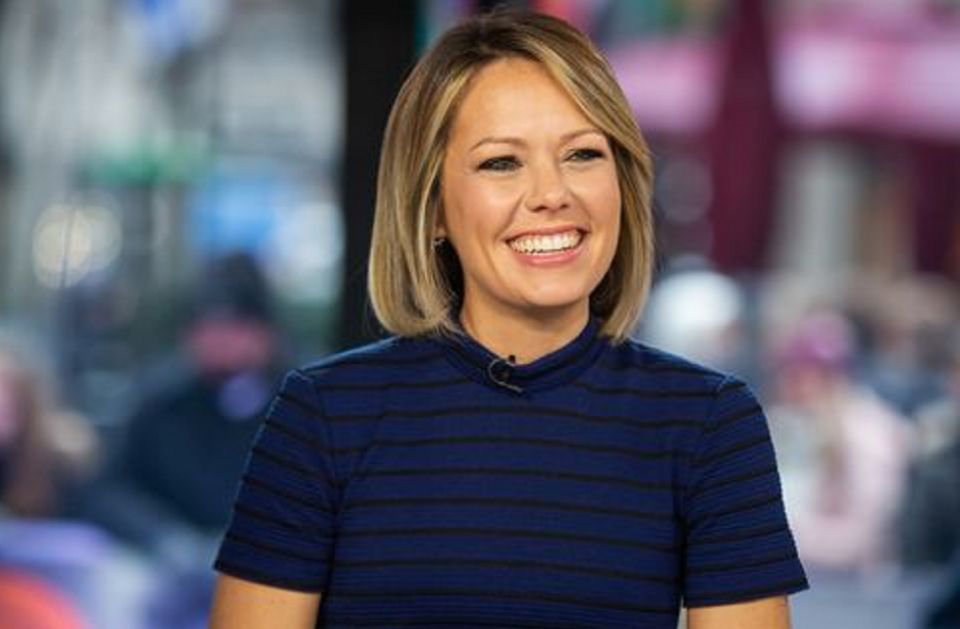 Dylan Dreyer is one of the most popular faces of NBC’s Today. Her husband was diagnosed with the coronavirus and her tests also showed that she has coronavirus antibodies. However, she has been asymptomatic as far as the disease is concerned. Now the meteorologist who is a fan-favorite is starting to become a popular face for representing immunity to the coronavirus, what it means to have the antibodies and how she lives with her children and breastfeeds her son while having the virus in her body. Let’s take a closer look at the life of Dylan Dreyer and the incidents that have recently transpired in it.

Who is Dylan Dreyer?

Dylan Dreyer is one of the most popular faces of NBC’s Today. The meteorologist is a fan-favorite and appears as a co-host on a slew of different programs. After graduating from Rutgers University in 2003 with a Bachelor’s degree in Meteorology, she’s built an extraordinary resume. Over the years, she’s worked for smaller entities like WICU in Erie, PA, and WJAR in Providence, RI before heading to NBC News in 2012.

Today, she’s mostly the weekend anchor of Weekend Today in rotation with Sheinelle Jones.  She also works for MSNBC on weekends and The Weather Channel. In addition, she often appears on Today during the week to fill in as a weather correspondent for both Al Roker and Carson Daly. Some of her other credits include The Rachel Maddow Show, NewsNation with Tamron Hall, Megyn Kelly Today, Sunday Today with Willie Geist, and NBC Nightly News with Lester Holt.

She’s also hosted two of her own shows before: Journey With Dylan Dreyer from 2016 until 2018 and Earth Odyssey with Dylan Dreyer, which has been on air since 2019.

The series is described as “a live-action, half-hour television program that will take viewers on an incredible journey to the wildest points of the globe, uncovering the connection between the environment, wildlife and human beings of exotic locales.”

Dylan Dreyer has a loving family, which consists of husband Brian Fichera, whom she married in 2012, and sons Calvin Bradley, 3, and Oliver George, 2 months old. In the past, she’s opened about how difficult it was for her to get pregnant the second time around.

The couple welcomed Oliver on January 2nd, and now, they are the perfect family-of-four. “Everything just clicked,” she said of her brood. “There was no adjustment period. This is just us. This is our family.”

Dylan Dreyer was expected to be out of the Today show, though Today has not formally announced her return date yet. Based on the fact that she was away from hosting for three months after having her first son Calvin, it was previously safe to assume that she was expected back sometime in late March or early April before the coronavirus hit their family.  This led to questions of what exactly that means for her going forward during the coronavirus pandemic.

Dylan Dreyer and the Coronavirus:

Dylan had direct exposure to the virus because her husband, Brian Fichera, was diagnosed with it in March 2020 and had “a really scary” battle with the illness while self isolating in the bedroom of their 3-year-old son, Calvin. This was at their New York City apartment, where they have been living for quite some time.

On April 15, Fichera revealed the scary part of the coronavirus battle on Instagram that in late March he was faced with a “spiked fever and had some unsettling and alarming stomach issues.”

Fichera has since made a complete recovery from the illness. Always one to keep things light and entertaining, the meteorologist Dreyer, despite the challenges, said that she and the family “still have the same fun things” happening in their home with two happy kids, as always.

“Oliver giggles and laughs if you sing to him,” she said. “He’s so happy and smiley. He’s just a sweet baby, and Calvin loves him so much. Every morning we wake up and he’ll say, ‘Can I hold Oliver? Can I give him a hug?’ It’s such a nice time as a family.”

Dylan Dreyer and The Questions About Immunity:

While speaking to a health expert, Dreyer, 38, was told that she likely came into contact with the viral illness when her husband Brian Fichera was diagnosed in March. This instance alone led the mother of two to get a nasal swab test to see if she had been infected with the coronavirus, as well as an antibody test, which identifies whether an individual’s body has had an immune response to a past coronavirus infection.

The co-host spoke with Dr. Kavita Patel on the TODAY show where she is the meteorologist. Questions regarding the reasons for immunity against the virus and questions about how far the family immunity can extend to, for her two young children, were asked in the program as well.

The following are statements from the TODAY’s show interview with Dr. Kavita Patel:

If you are someone like Dylan who once lived next to a family member in insolation, it’s important to remember that although you don’t show any symptoms, there are high chances of COVID-19 spreading as there is no evidence yet that having COVID-19 antibodies means that a person is immune from getting it again.

Please continue to adhere to all social-distancing guidelines.

What does it mean for her children?

Dylan Dreyer  is also breastfeeding her 4-month-old son, Oliver, and wanted to know what the presence of antibodies could mean for him.

“We have not detected the virus itself in breast milk, so it’s been safe for mothers who are (COVID-19) positive, to safely, wearing a mask, to breastfeed their children,” Patel said.

As the Coronavirus continues to spread across the world and the death toll keeps rising (especially in the USA), it’s very important that we don’t ease up on our safety precautions. Even if you are like Dylan Dreyer and you don’t have any symptoms of the disease despite having its antibodies, you should still be very careful as you might spread it very easily to others. We can only overcome this problem while caring for each other, not by ignoring each other’s needs and safety.

Julia Garner: Life and Career of the Ozark Star