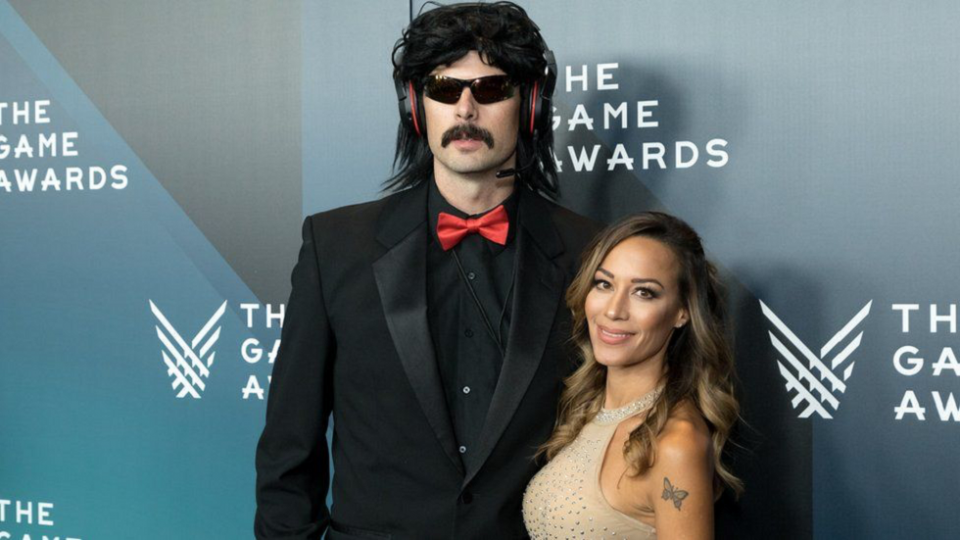 No savant is named Dr Disrespect, or is he? Getting fired in the most unusual way, Dr DisRespect has garnered huge attention this year. Was it because of his loud, abrasive and brash words? We don’t know! Does it have anything to do with his mullet, stache or sunglasses? We don’t know. All we know is that Dr Disrespect was one of Twitch’s most popular streamers with an audience of nearly four million followers on the streamer site, then suddenly on 26 June 2020 his channel closed down. In this article, we take a look at what happened, his net worth and bio.

Who is Dr DisRespect?

38-year-old Herschel “Guy” Beahm identifies as Dr DisRespect in the gaming world. Outside of it, he grew up in Southern California and graduated from California State Polytechnic University, Pomona in 2005. Standing a towering 6 feet 8 inches in height,  DisRespect also played NCAA Division II basketball and was known for his high rate of rebounds.

While the entire gaming world is pinned to their swivel chairs waiting to find out what Dr DisRespect will do next after his ban from the popular streaming platform Twitch, his wife is reaching out to make it clear she’s standing by her husband’s side and thanking their loyal fans for the support.

As Dr DisRespect’s world crumbles around him, his wife is making it known that she is still in the Champions Club. Going by the name “Mrs Assassin,” online.

Doc and his wife, who have one daughter together, have been through hard times, and he had publicly apologized in the past after cheating on her with a girl he met through his gaming career.

In 2017 the Doc posted a video, sans costume, where he tearfully admitted to being unfaithful to his wife and announced he was going to be taking some off-stream to focus on his family.

“I’m probably going to be taking some time off to focus on my family … stupid f–king mistakes man.”

One of Twitch’s biggest streaming players, Dr DisRespect, “pulled the plug” from the platform on Friday 26 June. Dr DisRespect issued an apology for the 2020 scandal and vowed to do better:

“We were so into the E3 IRL journey that we became a little blind in what’s ok and what’s not ok. We had no ill intentions and I feel that was pretty obvious if you watched the entire thing. We wanted to capture an adventure, unfortunately we took that adventure into the wrongs areas unaware of the legalities surrounding it. On behalf of the Dr Disrespect brand, I apologize for this.”

Wondering what he’s talking about?

Dr DisRespect has been in hot water with Twitch, but this time feels different as the platform has never issued a permanent ban for him.

While it’s still unclear exactly what DisRespect did to earn the permanent ban, and possible end to his gaming career, fans have started to hypothesize based on the evidence at hand.

The video feed of DisRespect’s last stream has been unearthed, which appears to be the moment the pro-gamer realizes he’s in some hot water and has sort of an emotional breakdown mid-stream. After receiving a message, the Doc began to tell his loyal fans, aka the “Champions Club,” that they would endure the tough times ahead and “get through this.” He then cut the stream and has been radio silent ever since.

Twitch has not yet provided a full answer either, but did give a statement

“As is our process, we take appropriate action when we have evidence that a streamer has acted in violation of our Community Guidelines or Terms of Service. These apply to all streamers regardless of status or prominence in the community.”

In 2011, DisRespect became the community manager for video game developer, Sledgehammer Games. He worked his way up to a level designer and contributed to many of the popular multiplayer maps used in ” Call of Duty: Advanced Warfare.” As DisRespect started to amass a huge streaming audience, he soon quit his conventional job to dedicate himself to a career of streaming.

According to MoneyInc, Dr DisRespect has an estimated net worth of $3.5m (£2.7m).  As well as making his money from gaming and his career, he’s got a few awards under his belt, having won Streamer Of The Year at the Esports Industry Awards in 2017 and 2019. He was also named Trending Gamer at the Gaming Awards in 2017.

In the wake of DisRespect being banned from Twitch and plugged off from his partnership with the social platform Discord, the star appears to be taking a  financial hit from a sponsor. This will pull his net worth down. It appears the Doc’s vinyl action figure from LAMO has also been pulled from their site. The $29.99 toy was previously displayed on their website alongside fellow streamers like Ninja, Shroud and TimTheTatMan, but it appears to have been removed entirely. It also appears that DisRespect has been removed from the G Fuel site, where he was formerly one of the energy company’s biggest sponsors.

Some of the Doc’s other sponsors, including his recent deal with Mountain Dew, are still up in the air.

Dr DisRespect was in a car crash video originally shared last year where the Doc was seen driving his Lamborghini Diablo VT on a freeway before getting into an accident. The video featured him gloating about his success on camera while having his trademark headset on.

It’s clear that the crash was CGI, however, the same video has now resurfaced on social media with fans expressing their concern about the streamer’s well-being with certain users claiming that he’s dead.

March 10, 1982. He is 38 years old! Referred to as the “DOC” he is a YouTuber, streamer and gamer, who has gained success for his appearance on live streams.

Thothub: Is This Site Any Good?

A Food Tour To Santorini That You Mustn’t Miss

Want to Divorce Your Abusive Partner? Here is What You Need to Do