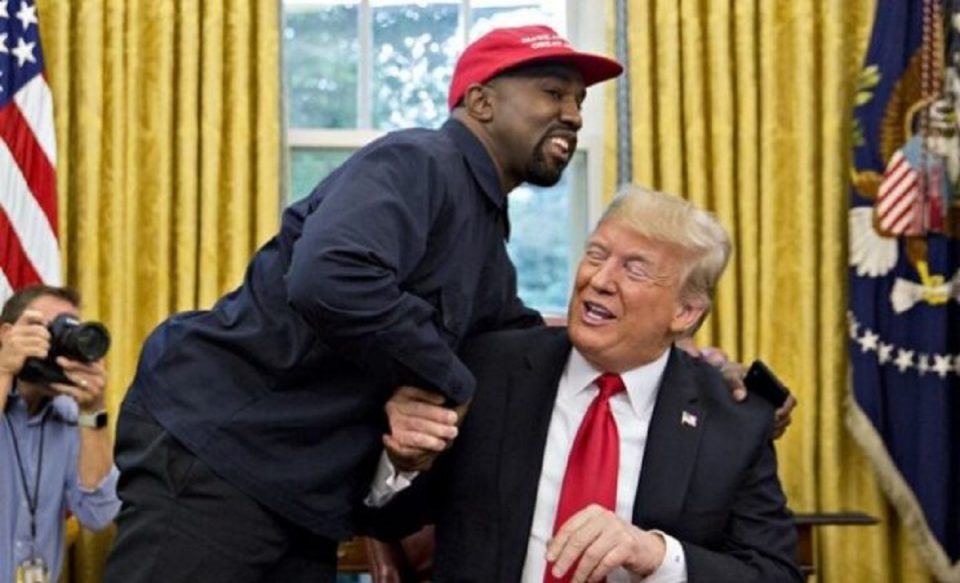 After Donald Trump’s Twitter account was reinstated, Kanye West’s account has been added to the list of those welcomed back as well. It’s not impossible to conclude that there is a special connection between these two. And for those reasons, we look into Donald Trump and Kanye West becoming partners because their relationship could help them benefit off of each other. In reality, these two share the same personalities, one could argue!

The account of former President Donald Trump was suspended indefinitely by Twitter after linking his comments to the assault on the capitol. Kanye on the other hand was permanently banned from his account after writing anti-Semitic comments in a tweet that was removed by Twitter for violating its guidelines.

Musk Before buying the social network, said that among the people he would welcome to Twitter would be former President Donald Trump.

However, the former president was quick to bring to the public’s attention the many problems he observed on the platform and that his intention is to stay on: Truth Social, his own social network.

During a particular meeting of the Republican Jewish Coalition in Las Vegas, Trump said the following:

In addition, Trump assured us about the platform that he himself promoted after being expelled from Twitter after the assault on the Capitol after understanding the owners of the network that had instigated that violent mobilization, saying:

“I am very happy that Twitter is now in healthy hands and is no longer run by lunatics and madmen from the radical left who really hate our country,” adding later: “It will be much smaller, but better. I LOVE TRUTH!”

Twitter’s new owner, billionaire businessman Elon Musk, said to apply an “amnesty” to accounts suspended next week unless they broke the law or engaged in “outrageous spam”. Does Kanye get a pass? Somehow he does.

Testing, Testing, checking if my Twitter is unblocked,” the celebrity, who changed his name to Ye, tweeted on Sunday (November 20).

Donald Trump returns to candidacy in the 2024 presidential election:

Just a week after the midterm elections, in which his influence was put in doubt by the defeat of many of the candidates he supported, Donald Trump announced that he is once again running for the presidency. This would be his fourth campaign in the search for a second term.

Trump, the only president to have been impeached twice, had already suggested on multiple occasions that he would launch his campaign this year. In a speech that lasted for more than an hour, Trump made all kinds of promises to his supporters if he became president.

After disappointing in the midterm elections, the former president launched his campaign in front of supporters at his home in Palm Beach, Florida, though many Republicans urged him not to.

Trump continues to falsely claim that he won the 2020 election but was denied office by fraud.

Kanye West also announced his candidacy, requests Donald Trump to be his partner:

The rapper also returns to the presidential race and assures that he has asked Trump to be his partner after publishing on his networks that he has met with the former president at his house in Mar-a-Lago and that there he transmitted his proposal.

After he showed up unannounced, the American rapper was escorted out of the California headquarters of athletic shoemaker Skechers Wednesday, Oct. 26, 2022.

Skechers says the “Stronger” rapper had engaged in unauthorized filming at its corporate headquarters last month in Manhattan Beach and was escorted out by two executives.

After the return of his Twitter account, which the social network closed due to his anti-Semitic statements, rapper Ye, formerly known as Kanye West, announced his intention to stand as a candidate in the 2024 US elections.

West, who also calls himself “Ye” revealed that he has held a meeting with former President Donald Trump at his home in Mar-a-Lago, where he conveyed his request personally. The request was an offer to run together in the next elections in a candidacy in which Ye would be the presidential candidate and Trump the vice-presidential candidate.

In this way, the singer would take the step again after his failed attempt in the previous elections, in 2020. In recent weeks, West has been at the center of controversy due to some anti-Semitic statements that he published on networks and that they have cost a torrent of canceled endorsement contracts. Clothing brands and various companies such as Balenciaga terminated their agreements with the singer for inciting hate.

He has also earned the animosity of some sectors of the Black Lives Matter movement, after appearing at a Paris fashion week event wearing a T-shirt with the White Lives Matter legend, halfway between provocation and parody.

We will have to see if this new attempt to run for president gives him a better result. The question remains whether West will be able to gather enough support to launch a serious candidacy and, obviously, the question of how much popular support he can muster. Only time will tell, but with Kanye West, you never know.