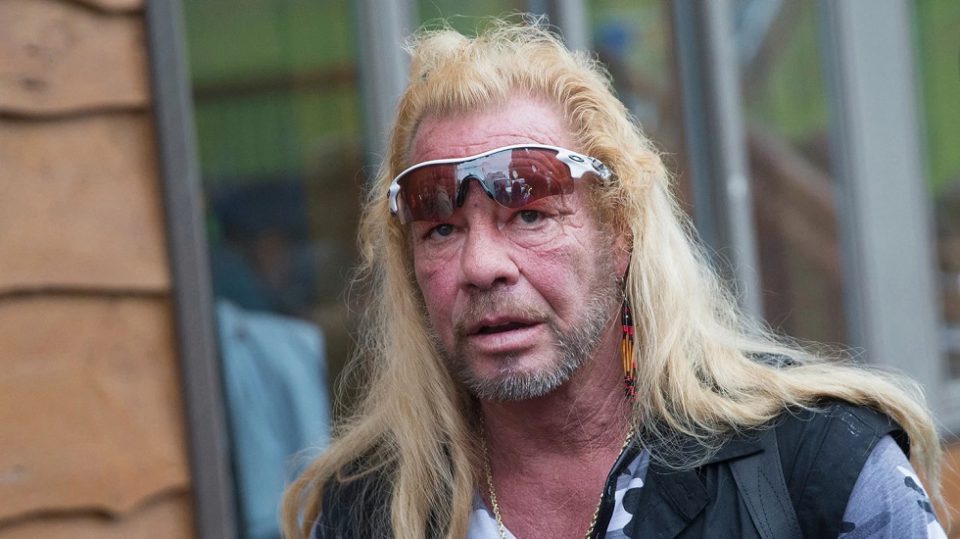 On A & E’s Dog the Bounty Hunter, viewers got a peek into a career of tracking down criminals, as well as a look at the chaotic, loving home life of the Chapman family. In May 2019, Beth Chapman along with her husband Dog captured one of America’s most-wanted fugitives: Leonard Trujillo, Jr., suspected of multiple offenses, including armed robbery. “This guy’s record is horrendous,” Dog said in a statement. “He has terrorized this peaceful town enough. He tried to run – but you can’t hide from me! We are making America safe again, one city at a time.”

Loved that story? Here are some more interesting things to know about the family and Duane  ‘Dog the Bounty Hunter’ Chapman starting off with how two Denver natives were bound to be soulmates:

9 Facts About Beth and Duane ‘Dog the Bounty Hunter’ Chapman

1. Both Duane and Beth Chapman are from Denver:

Beth Chapman initially known as Alice Elizabeth Smith was born on Oct. 29, 1967, in Denver, Colorado. Interestingly, another Denver native Duane ‘Dog the Bounty Hunter’ Chapman, known as the son of a bail bondsman, would go on to find fame as the bounty hunter called “Dog.” In the image above, he is seen as a teen in the 1960s.

Chapman was born on February 2, 1953 to his father Wesley Duane Chapman a welder (during Dog’s childhood) later turned bail bondsman with Aaron Bail Bonds who served aboard the USS Irwin during the Korean War, and his mother Barbara Darlene Chapman, a Sunday school teacher. Did you know? Duane ‘Dog the Bounty Hunter’ Chapman is of German and English descent on his father’s side and of English descent on his mother’s side.

2. How I Met Your Bounty Hunter:

The then-Beth Smith and Duane Chapman met in 1986. Chapman met Dog when she was arrested after being accused of shoplifting. At the time, she was carrying an unlicensed gun, and the young lady was already wanted for having unpaid parking tickets. Chapman’s father hired Dog to bail her out. She was 19; he was 35.

Later on, to find ways to spend more time with Dog, Beth set out to become, at age 29, the youngest licensed bail bond agent in the state of Colorado. “… I knew that if I wrote a whole bunch of bad bail, that the bounty hunter would have to come and sit in my office so he could go and chase my fugitives. So, I wrote all this bad bail so I could spend more time with him, and it worked,” she said during an interview with A&E.

Beth Smith said “ I-do” to Duane ‘Dog the Bounty Hunter’ Chapman in their adopted home state of Hawaii in 2006. By the time they married, the couple each had children from previous relationships, as well as two children together: Bonnie Chapman and Gary Chapman.

3. How Dog the Bounty Hunter got his big break:

In 2003, Dog made world news by capturing serial rapist Andrew Luster, an heir to the Max Factor cosmetics fortune. Luster was hiding under an assumed name, and living in Mexico when Dog got him. Luster had been convicted in absentia on 86 counts including multiple rape charges connected to assaults in 1996, 1997, and 2000.

Chapman was assisted by his “hunt team”, consisting of his son Leland and Tim Chapman. The three bounty hunters captured Luster in Puerto Vallarta, Mexico, where he had been living under an assumed name. On their way to bring Luster to jail, they were pulled over by Mexican police, and all four of them were jailed. Once the authorities confirmed Luster’s identity, he was sent to California to face his 125-year sentence.

Due to the widespread publicity around the Luster case, Dog was featured on the A&E TV series Take This Job, a reality show about people with offbeat careers. Dog’s Take This Job segment then caught the attention of the network suits. A&E contacted him and set out to create a series around Dog, his staff and his life.

4. Dog the Bounty Hunter was kicked off A&E twice:

Dog the Bounty Hunter premiered in 2004, and soon became a hit. The American reality television series which aired on A&E told the story of Duane “Dog” Chapman’s experiences as a bounty hunter. The series ran for eight seasons, from 2004 to 2012.

However, Dog’s show was almost taken off the air twice by A&E network prior to its eventual cancellation. A controversial phone call with his son Tucker caused trouble with the network. The leaked convo had lots of controversial language – so much so that his future with the network was in major jeopardy. He would issue an apology which would save his slot on the network, but only for a few more years. On May 21, 2012, A&E network canceled the series after eight seasons.

5. Canceled by A&E due to creative differences:

The controversial show on A&E’s network would close down in 2012 after renegotiations completely broke down. The show came to an end after eight seasons, spanning from 2004 till 2012 due to “creative differences” being the biggest reason for the cancellation. However, Chapman would return to television, continuing the show on CMT.

Before he became Dog the Bounty Hunter, Duane was living a different life and one that wasn’t the cleanest. As a teen at the age of 15, Chapman took off from his Sunday School teaching mother’s house. He would make the poor decision to join an outlaw motorcycle group, Devils Disciples.

In 1976, this led to Chapman being convicted of first degree murder and sentenced to five years in a Texas prison. He had been waiting in a getaway car while his friend shot and killed Jerry Oliver, 69,  in a struggle during a deal to buy cannabis. Chapman was told he had to serve 18 months at Texas State Penitentiary in Huntsville, Texas.  His time behind bars caused a storm in his personal life. Ultimately, it caused two of his relationships to end.

While he was in prison, his first wife LaFonda divorced him after the allegations and went on to marry his best friend. Ouch.

The problems would persist into his second marriage with Anne Tegnell as well. They ended up getting divorced too.

On the bright side, during his incarceration, he did field work and acted as the warden’s barber. While talking to Fox News, Chapman stated that while serving his sentence he tackled an inmate about to be shot for attempting to escape, and a congratulatory remark by a Corrections Officer turned his life around. Inspired by the words, he became a bounty hunter later. Duane was paroled in January 1979.

Did you know? Because of his felony conviction, Chapman isn’t allowed to own any firearms, and has been refused entry to the United Kingdom, Australia, and New Zealand. As he can’t “carry” because of the conviction, given his line of work, that’s a huge risk but one he was willing to take.

7. Dog the Bounty Hunter bailed Nicolas Cage out of jail:

What! Shockingly, this is not a lie. This is just one of those times when we see that actors can be just as brazen and daring as Dog the Bounty Hunter. We all make mistakes and so did Cage when he was taken in for intoxication after an argument with his wife.

According to ABC News, Chapman bailed Cage out of jail, though he refused to give further details, “I am a truly dedicated fan of Mr. Cage and will not be granting any interviews about my client as I wish to respect his privacy.”

Cage wasn’t their only famous friend. Beth Chapman and her husband were good friends with Snoop Dogg. The hip-hop mogul even posted a tribute to Beth Chapman and a touching public statement to encourage Dog on his Instagram page when she died. “Beth. R.I.P. Miss u auntie. Dogg. Be strong know that she made a transition and she has no more pain,” he wrote in a post. Beth Chapman was also friends with Wynonna Judd.

8. The Dog the Bounty Hunter’s story:

Chapman’s claim to fame was his involvement in the rapist Luster capture. Most would assume A&E was the first network to share his story – though that isn’t accurate. TruTV was actually the first network to do so as Dog shared the details on Dominick Dunne’s Power, Privilege and Justice.

9. Dog the Bounty Hunter is an author:

Dog the Bounty Hunter rose to fame in 2007 with his A&E show. So writing a biography felt like a good idea and it turns out that this was right as his book was a smash hit! In 2007 Chapman released his autobiography, You Can Run But You Can’t Hide (co-written with Laura Morton). This was on the New York Times bestseller list, debuting at number one on the chart. His second book, Where Mercy Is Shown, Mercy Is Given was published in 2010, but the second book wasn’t a big success and few even realize that it was released.

How CBD Oil Can Help Heal Your Back Pain