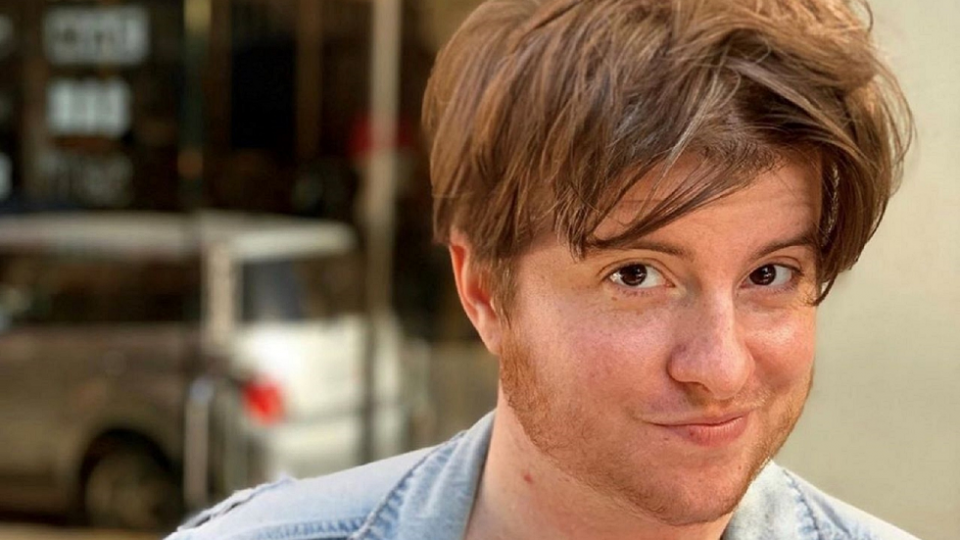 In 2013 the American trans journalist Daniel Mallory Ortberg (now known as Daniel M. Lavery) co-founded the feminist website The Toast. He also writes Slate’s Dear Prudence advice column, hosts the Dear Prudence podcast, and is the author of the New York Times bestselling book Texts from Jane Eyre: and Other Conversations with Your Favourite Literary Characters (2014). Here are some interesting things about his life that may shine a new light about his books, journey and challenges:

Speaking to the Guardian he said: “There is both a lot of gender in that book and in some ways very little gender. It wasn’t so much I wanted to say I could create this space where gender doesn’t exist – it is just unfamiliar configurations. I wanted to write about the experience of being prodded or feeling that you’re disappointed or being pushed into something, a lot of things that both trans and non-trans people can experience. It just felt like gender from different directions, not more or less than we have now.”

2. Just before releasing The Merry Spinster, Daniel Mallory Ortberg came out as transgender:

Writer Daniel Mallory Ortberg is behind Slate’s Dear Prudence advice column. But now in his new book, Something That May Shock and Discredit You, Ortberg (who has changed his name to Daniel M. Lavery) writes about something closer to home.

He writes about his journey of transition from being a girl called Mallory to a boy called Daniel.

“I know now that writing fiction is not a good alternative to dealing with your own feelings about your gender! It just ended up becoming two very different prospects. But I got to feel imaginative in ways that feel exciting. I got to come up with a lot of really exciting painful ideas.”

“As you know, I was on patches at a low dose for 90 days, in part because I was operating on a theory (that theory being: maybe I am trans; I don’t know really know what sort of trans experience this is; I don’t know how much of this I want), and that experiment went so very, very well. When I took a pause, it was very clear to me that I wanted to continue. So I decided to switch to injections. I just got my first shot at the clinic, and it felt fantastic.”

But the joys also came with some challenges as he stated:

“It was a little over a year ago that I first started asking myself, consciously, “Am I trans?” I was finishing the book at that point. So much of the last year has been painful, isolating, frightening—but the moments of clarity, joy, and excitement that have come from being around other trans people and accessing medical transition have helped me realize this is not just about what I’m afraid of; this is also about wanting something, desiring something, excitedly looking toward the future and visualizing real possibility. Letting myself experience the joy of transitioning, and not just the fear, feels really powerful.”

4. Both of his parents are Christian ministers and he grew up quite religious, and he said it was not easy:

“Ongoing and complicated I guess are some of the best ways to start describing it. I’ve had a lot of different relationships with religion over the course of my life: you name it, I’ve had it. I now feel it’s pretty much just a part of me, just a part of who I am, a part of how I think about the world, how I grew up, how I relate to things like community or desire or change.”

5. Coming out as trans affected his parents:

Daniel Mallory Ortberg grew up in Northern Illinois and then San Francisco, one of three children of the evangelical Christian author and Menlo Church pastor John Ortberg and Nancy Ortberg, who is also a pastor and the CEO of Transforming the Bay with Christ. About his family he said:

“Lots of it was surprising in the sense I had gone into it with the expectation that I might lose my family. They wanted to know me; they wanted to be there for me. And I think oftentimes with trans people, when we come out as trans it’s not our first coming out – we’ve done one or two trial runs before. I’d already tested the waters with one or two other comings out in previous years.”

Daniel Mallory Ortberg wrote for Gawker and The Hairpin. This happened at work where he happened to meet Nicole Cliffe, with whom he operated The Toast, a feminist general interest web site, from July 2013 to July 2016.

Daniel was included in the 2015 Forbes “30 under 30” list under the media category. On November 9, 2015, Slate announced he would take over the magazine’s “Dear Prudence” advice column from Emily Yoffe. In 2017, he launched a paid subscription email newsletter called the Shatner Chatner and later Daniel Mallory Ortberg started to contribute.

Daniel Mallory Ortberg has cited Shirley Jackson, particularly We Have Always Lived in the Castle, and The Pilgrim’s Progress by John Bunyan as writing influences.

Daniel Mallory Ortberg’s first book, Texts from Jane Eyre, was released in November 2014 and became a New York Times bestseller. The book was based on a column he wrote first at The Hairpin, then continued at The Toast, which imagines famous literary characters exchanging anachronistic text messages. The premise was inspired by a comments-section thread on a piece Cliffe had written for The Awl; on Cliffe’s review of Gone With the Wind, a commenter wrote that their experience in the South was nearly identical to the novel “except everybody has cellphones”, prompting him to imagine how Scarlett O’Hara might have used a cell phone.

Daniel Mallory Ortberg is also the author of the short story collection The Merry Spinster: Tales of Everyday Horror (Henry Holt, 2018). The book, his second release, was highly anticipated, with Publishers Weekly, Bustle, The A.V. Club and InStyle Australia all naming it to lists of best forthcoming titles in 2018.

The Merry Spinster reinvents archetypal fairy tales like Cinderella and Beauty and the Beast; in the Los Angeles Times, Agatha French described his renderings as making the “stories both weirder and yet somehow more familiar”.

Daniel Mallory Ortberg’s third book, Something That May Shock and Discredit You, was published in February 2020 by Simon & Schuster.

Daniel Mallory Ortberg identifies as queer. In early 2018, he spoke to Autostraddle about the process of gender transitioning while writing his book: The Merry Spinster. In March 2018, he also revealed some big news as was interviewed by Heather Havrilesky in New York magazine’s The Cut. The big revelation was about coming out as trans.

In November 2018, he and partner Grace Lavery, who is an Associate Professor of English at UC Berkeley, announced that they wanted to marry. The happy couple got married on December 22, 2019 and we hope they are in quarantine together!