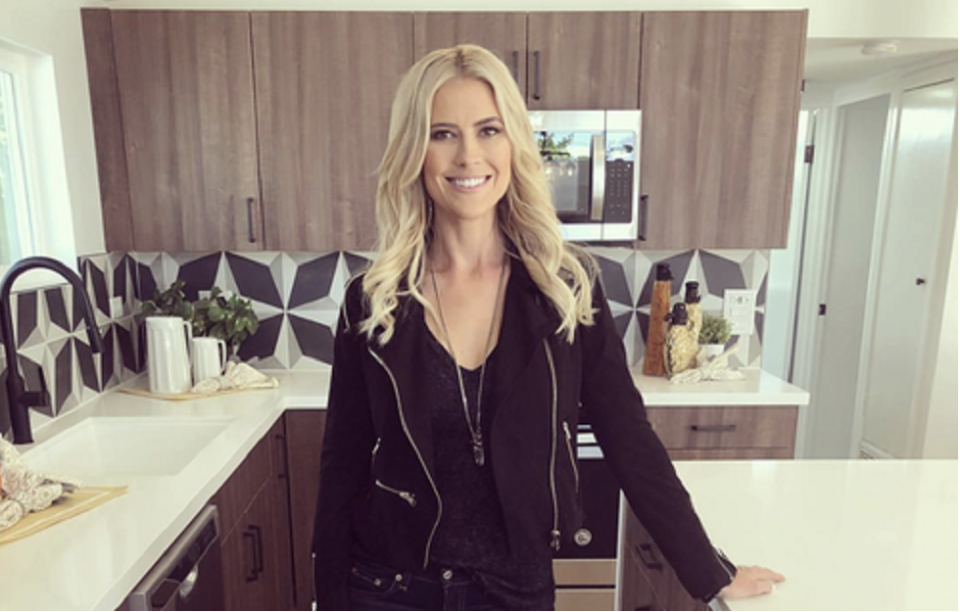 Christina Anstead is one of the biggest stars of HGTV. Her fame and stardom have mainly been a result of the superhit renovation series Flip or Flop. Flip or Flop hit the screens for the first time in 2013 and it followed Christina Anstead, who was then known as Christina El Moussa, and then-husband Tarek El Moussa on their quest for turning run-down properties into dream homes which they sold for a massive profit eventually. Unfortunately, the personal relationship didn’t last as long as the professional one. When the couple filed for divorce, the show continued as the exes maintained their professional relationship even though their personal relationship had eventually fizzled out. Following the split, it didn’t take long for Christina Anstead to bounce back. She came back with a new husband, baby, and a new hit show. Christina Anstead’s story is one of intense highs and lows, making her newfound happiness all the sweeter. Yet her journey from anonymity to television stardom has been far from typical. Let’s find out more about Christina Anstead.

Christina Anstead: All You Need to Know

Where was Christina Anstead born?

Christina Anstead was born Christina Meursinge Haack in California’s Orange County on July 9th, 1983. She has a 10 year younger sister Carly Haack who in Christina’s own words, is her “friend for eternity” despite the massive age gap.

Where did Christina Anstead study?

As a teenager, Anstead attended Canyon High School in Anaheim, and she has kept up with her high school friends since leaving school behind. In 2017, she attended an Anaheim Ducks home game at the Honda Center, where a source said she was joined by “some old friends from high school” during the game. The account noted that Anstead and her old friends “had a great time.”

After high school, Anstead attended San Diego State University. Upon graduating, she wasted no time jumping into the business world by landing a job in a real estate office. It was there, she detailed in a 2014 promotional video for Flip or Flop, that the then-22-year-old met the man who would be her future husband and TV co-star.

While working in a real estate office, Christina Anstead met Tarek El Moussa, an ambitious young realtor who earned his real estate license when he was just 21 years old, according to his website. “We met at work and we’ve always been working together,” she told Entertainment Tonight of how she met her future husband. Their romance was a whirlwind. “The day Tarek and I officially started dating, which was October 9, 2006, we moved in together,” Anstead said.

Anstead embraced El Moussa’s philosophy of dreaming big. The pair crafted a dream board that they placed in their office, featuring a wedding ring, an extravagant home with a pool, a Bentley, a private jet, and “some Mercedes” El Moussa had his eye on.

In 2009, the couple got married in a ceremony held on Coronado Island off the coast of San Diego, Calif. They were partners in life and in business, with Anstead noting in an HGTV promo video that they had simply “started [their] relationship working together.”

How was Christina Anstead affected by the housing crisis?

When the housing crisis hit hard in 2008, Christina Anstead wasn’t able to escape it. Because of that, the couple was forced to start living a much more low key lifestyle. Gone was their home with a mortgage of $6,000 a month; instead, they moved into a $700-per-month apartment they shared with a roommate.

That was when Anstead first got into house-flipping with El Moussa, buying houses at foreclosure auctions, fixing them up, and selling them at a profit. Along with their business partner, Pete De Best, the couple purchased their first investment property for a relatively modest $115,000. After flipping the home and getting a $34,000 profit, they kept at it.

Anstead’s house-flipping endeavors with her partners were not easy. Sometimes the people about to be evicted would trash the place before they left; Anstead recalled one property they purchased in which the residents poured concrete in toilets, shattered windows, and bashed hardwood floors with a hammer, causing $30,000 in damage.

When did Christina Anstead join HGTV?

After bouncing back from the recession with their house-flipping success, Tarek El Moussa and Christina Anstead thought their lives as husband-and-wife flippers would make a great premise for an HGTV series. According to The Orange County Register, El Moussa decided on a whim to make a demo tape of the pair, using a borrowed camera and enlisting a friend to edit it. She was seven months pregnant at the time.

After sending out the demo, the couple received a response from Pie Town Productions, which produces such HGTV hits as House Hunters and spin-offs like House Hunters International. The couple caught the fancy of the company and they were signed up to work on 13 houses over a 13 episode season. The couple was paid $10,000 for each episode of the show which was titled Flip or Flop. Christina Anstead said that it all happened so quickly she could barely process it.

What happened to Christina Anstead’s husband?

During a marathon broadcast of the first season in 2013, viewer Ryan Reade — a registered nurse — noticed what appeared to be a lump on Tarek El Moussa’s neck. Figuring it was “something that needed to be brought to his attention,” Reade told Today that she contacted the show’s producers urging El Moussa to see a doctor. When the Flip or Flop star was examined, he received a sobering diagnosis: El Moussa had stage 2 thyroid cancer. To make matters worse, he was also diagnosed with testicular cancer, although he didn’t make that diagnosis public until years later.

Understandably, this period proved to be a trying one for Christina Anstead, particularly given how the couple was also raising a 2-year-old daughter in the midst of her husband’s cancer treatments. “I was just feeling totally overwhelmed about losing him, him having to go through treatments, our daughter,” she admitted.

While viewers watched Christina Anstead banter her way through home flips on HGTV with Tarek El Moussa as Flip or Flop grew in popularity, the reality that they faced when the cameras turned off was very different. In the midst of El Moussa’s cancer treatment, the two were also trying to have another baby via in vitro fertilization. In 2014, Anstead became pregnant, only to suffer a miscarriage. She said in 2017, “We went through a lot in a short amount of time.”

After that heartbreak, Anstead finally conceived, and in August 2015, she gave birth to her son Brayden. However, what should have been a joyous time was far more fraught than outsiders may have realized. As Anstead said, the demands of their business and a hectic Flip or Flop schedule led her to return back to work just four weeks after giving birth. “It was too soon for me,” she admitted. “I was overwhelmed. The tension between me and Tarek was high.”

As she revealed in an interview, communication with her husband had become difficult as they found themselves drifting apart. “It got to the point where we weren’t even driving to set together,” Anstead recalled.

How did Christina Anstead become a TV star?

While Christina Anstead’s personal life was filled with the turmoil unleashed by her husband’s cancer battle, a new baby, and a demanding work schedule, Flip or Flop was becoming a major hit for HGTV.

During the show’s second season in 2014, Multichannel News reported that a broadcast of the show garnered Flip or Flop’s highest rating to date, attracting 1.7 million viewers for a single episode. Not only was that a new record for an episode of Flip or Flop, but it was also the network’s highest-rated primetime episode in a year.

Ratings just kept on growing. According to a subsequent report from Multichannel News, viewership continued to climb, with more than 16 million total viewers watching Flip or Flop’s fourth season. Among the wide age group of 25-54, Flip or Flop was the highest-rated cable series during its Thursday time slot. There was no denying that Flip or Flop was quickly becoming one of HGTV’s most popular series, and Christina Anstead was among the network’s most recognizable and beloved personalities. Yet in the midst of all that success, a storm was brewing behind the scenes that threatened everything.

Why did Christina Anstead and Tarek El Moussa separate?

In May 2016, Us Weekly reported that 11 deputies were called to Christina Anstead’s home after she and then-husband Tarek El Moussa had an “explosive fight,” responding to reports of a “possibly suicidal male with a gun.” Police seized several weapons from the home. El Moussa later told police he “had no intention of hurting himself.”

In December of that year, the couple jointly announced they had separated.

Looking back at that turbulent time, Christina Anstead said that she felt completely overwhelmed: “I felt like I was drowning. I was just trying to stay above water, just doing whatever I could to just get through the day.”

How did Christina Anstead get her new surname?

Christina Anstead met famous English TV host Ant Anstead in 2017. At that time, she was still known as Christina El Moussa. The two got along immediately and went on to get married soon. In December of that year, the couple tied the knot in a secret “winter wonderland” wedding, as reported by People, to which Anstead wore a totally unique wedding dress. As she later wrote on Instagram, “Life has a funny way of letting things fall into place when you least expect it.”