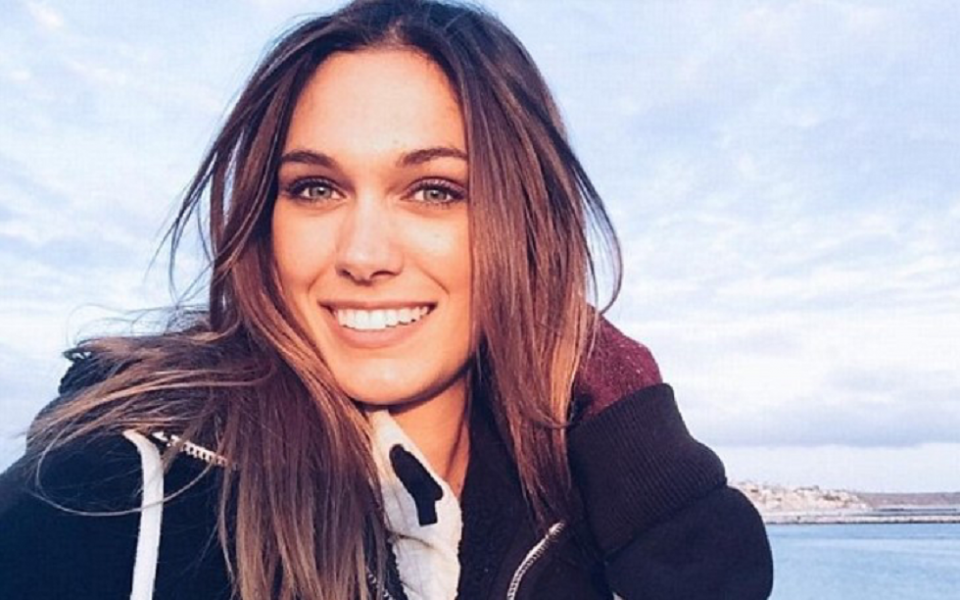 Brittany Gonzales made headlines with her marriage to Twilight star Kellan Lutz in 2017 after being together for 2 years. Speaking back in 2015, he said: “[I’m] looking for that wifey. Man, I want to find my potential wife that I can make those memories with and be engaged with for a couple of years and start that life …I’m 30! I know it’s young in Hollywood standard, but my mom was like, ‘I need some grandkids!’ I’m in no rush, Ry, but I want to meet that non-crazy girl that are kind of plentiful here in L.A.”

Soon the 32-year-old actor revealed he had stopped looking for Mrs Right in Hollywood as he shared the exciting news that Brittany Gonzales and him were married in 2017. By Thanksgiving 2019, they were expecting their first child together after announcing the same via an adorable Instagram post. However, in February 2020, Kellan Lutz and wife Brittany Gonzales made the heartbreaking announcement that they have lost their baby 6 months into Brittany’s pregnancy due to a miscarriage.

Here are more details about what happened as we take a closer look at the life of Brittany Gonzales:

Facts About Brittany Gonzales, The Wife Of Kellan Lutz

Who is Brittany Gonzales?

Brittany Lutz or Brittany Gonzales is an American model and a television presenter. She co-hosts the Juce TV program ”The Crew”, a Christian program, with three other co hosts and is married to Twilight actor Kellan Lutz.

Born on March 25, 1988, in Los Angeles, Brittany has a very close relationship with her mother, Tracy Fish Gonzales, to whom she often goes home to spend time with, as well as with her father.

When did Brittany Gonzales suffer a miscarriage?

Kellan Lutz shared the tragic news on Instagram posting a black-and-white photo of his wife holding her pregnant belly.

“My wonder woman,” Lutz began. “It’s been a crazy rollercoaster of a week with a lot of emotions.”

“Taking heartbrokenness to a whole new level, but grateful for these past 6 months and the journey itself,” Lutz continued. “In life we might not get the answers to all of our questions but we will always remain faithful!”

“God will restore,” Lutz continued, before praising his wife.

“I love you @brittanylynnlutz. Thank you for all your love, respect in this private time, understanding of this situation, and utmost support. Just know we love you all and appreciate you all and we process all differently.”

Kellan ended his post by saying, “Can’t wait to see our baby girl in Heaven when God calls us home.”

With regards to pregnant women, an MTHFR mutation can lead to the women experiencing cases of recurrent miscarriages.

Brittany also shared the news of losing her unborn child, posting the same black-and-white maternity photo. She, however, shared that she is not “ready to talk about what happened” and isn’t sure she ever will be.

She is amongst many women in Hollywood, who are opening up about miscarriages like Hilaria Baldwin.

A Model and Host

The Californian beauty is signed with NTA’s model and talent management in L.A. A quick glance at her Instagram and you can see why she’s a model! She has shot pictorials for H&M and Target, as well as editorials for Bella New York, among other works.

Her main job is hosting shows on JUCE TV, a Christian youth network under the Trinity Broadcasting Network. Together with Christi Given, she hosts Xtreme Video Zone, a show that counts the top 10 Christian music videos across the nation.

If you wonder how Gonzales spends her day, you can check out her YouTube channel where she vlogs her daily routines. She shoots everything from auditions to hanging out with her friends. She hasn’t posted in months, but even her older videos are worth a watch!

If you want more, Brittany keeps an online journal that’s simply mind blowing. She first began writing for her Beautifully Britt blog in April of 2017 where she shares recipes, fashion and lifestyle advice, heartwarming inspirational snippets, and DIY ideas that are a must-read. If you want to make Pinterest-worthy acai bowls, jeans into skirts, or whiten your teeth, Beautifully Britt is the place to go!

Gonzales Is A Private Person

Steve Harvey coaxed Kellan Lutz into revealing that he and Brittany Gonzales were engaged. He confirmed his engagement saying, “yup” when Steve Harvey referred to Gonzales as his fiancée, following it with, “she is the light of my life.”

In November 2017, the couple had a private wedding and announced their marriage on Instagram with “Mr.” and “Mrs.” passport holders! The Instagram post also showed off their wedding rings. While Lutz wore a simple gold band, Brittany Gonzales is sporting a large diamond halo ring. And they didn’t hold back in sharing that they are constantly grateful for each other, either.