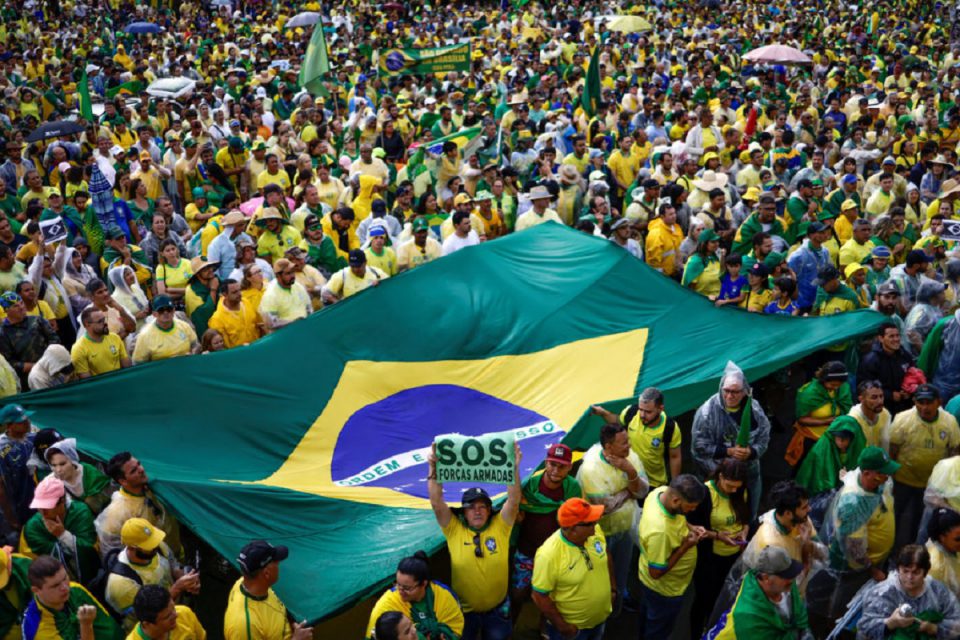 While the whole world is shocked at the invasion of the headquarters of Brazil’s three powers, it might be the right moment to step back in time (by just a few months) and find out how all of this began. The events were bubbling in Brazil ever since the election results came out and in this post, we will take at some of those key incidents across the country that led to this incredible event. Let’s get started.

Radical Bolsonarists carried out anti-democratic acts across the country on a national holiday on the day of the Proclamation of the Republic. The biggest act took place in Brasilia.

Protesters declared that they did not accept the result of the polls — which registered the desire of the majority of Brazilians. And they advocated a coup through military intervention in the government—an affront to Brazil’s constitution and democracy.

PT Luiz Inácio Lula da Silva was elected president for the third time on October 30. He beat Jair Bolsonaro (PL), the incumbent president who was running for re-election. The president of the Superior Electoral Court (TSE), Alexandre de Moraes, stated that the result of the polls is incontestable. The Ministry of Defense handed over to the TSE the report that the ministry made on the electoral system without pointing to fraud.

This is how it all went down across the country:

A protest in Brasilia brought together radical groups of Bolsonarists who declared that they did not accept the result of the second round of elections. The coup demonstration advocated military intervention, annulment of the election, and the dissolution of the current composition of the Federal Supreme Court (STF).

Dressed in green and yellow and with banners and signs – many written in English – the group set up a camp in the Urban Military Sector (SMU). The location concentrates most of the Army’s headquarters in the federal capital, in addition to the General Command.

In the capital of São Paulo, the anti-democratic act of Bolsonaristas was carried out in the region of Parque Ibirapuera, Zona Sul. Bolsonaristas displayed flags and yellow shirts and shouted slogans. Around 2 pm, the group gathered in front of the Southeastern Military Command, where part of them has been meeting since November 2nd.

Because of the act, some surrounding streets were blocked, according to the Traffic Engineering Company (CET), such as at Rua Abílio Soares and Rua Sargento Mário Kozel Filho.

In the Fluminense capital, Bolsonarists completely banned Avenida Presidente Vargas, in the center of Rio de Janeiro. With a sound car, banners, and signs, protesters called for federal intervention against the democratic result of the elections for president. The City Hall Operations Center had to make detours for drivers passing through the region.

In Recife, the act took place in front of the Comando Militar do Nordeste (CMNE), in the Curado neighborhood, in the West Zone, and partially slowed traffic. According to the Federal Highway Police (PRF), the protesters gathered at kilometer 7 of the BR-232 highway.

Although without interruptions, traffic slowed down on the BR-232 because of the protest. Protesters stayed on the side of the highway and in the central reservation.

A news team from Jornal O Liberal was harassed, threatened, and attacked while covering an anti-democratic act on Avenida Almirante Barroso, in Belém. According to the incident report registered at the Marco Police Station, two women tried to prevent the team from filming and then a group surrounded two professionals.

In the capital of Sergipe, a group of Bolsonaristas against the result of the polls in the presidential election gathers in front of the barracks of the 28th Battalion of Caçadores, headquarters of the Brazilian Army in the state.

Supporters of Bolsonaro (PL) who do not accept the election result traveled through the streets of the North Zone and the Historic Center of the capital of Rio Grande do Sul on motorcycles, in addition to concentrating around the Southern Military Command, where a group that defends anti-democratic agendas has been meeting for two weeks. Acts were also recorded in the interior of the state.

In the capital of Minas Gerais, supporters of the president completely banned Avenida Raja Gabaglia, in the Gutierrez neighborhood, in the West Region of Belo Horizonte. The demonstrators, who have been occupying the road in front of the headquarters of the Army’s 4th Military Region Command since October 31, declare that they do not accept the result of the polls.

Bolsonaro supporters closed access to the third bridge, which connects the cities of Vitória and Vila Velha, in Espírito Santo. The group met at Praça do Papa, in Enseada do Suá, in Vitória, in the early afternoon and walked to Terceira Ponte.

In the Zona da Mata of Minas Gerais, Bolsonarists gathered around the Command Company of the 4th Light Infantry Brigade of Juiz de Fora, blocking the road. The group advocated military intervention, among other anti-democratic agendas.

Essential Techniques for Integrating Cloud Computing into Your Business