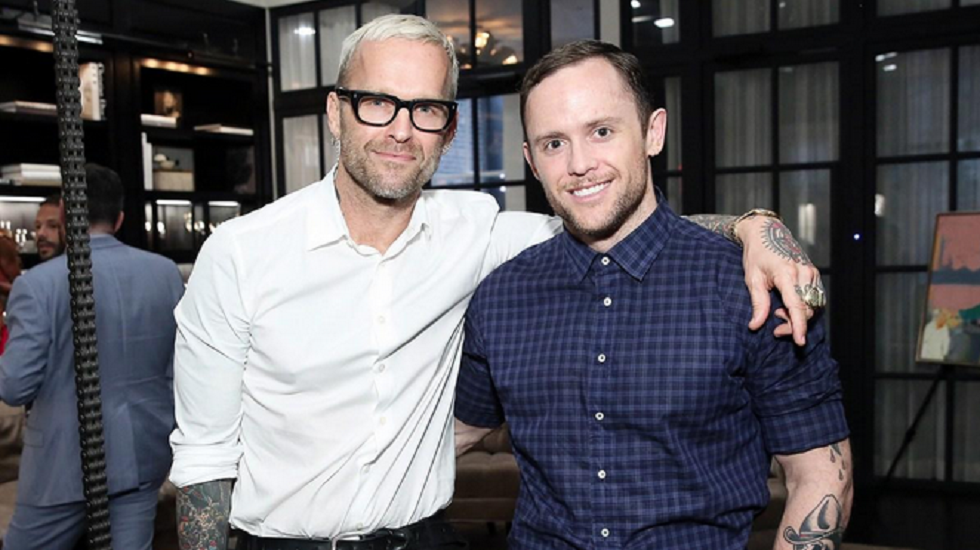 Bob Harper is an American reality television star, personal trainer and author.He is best known for appearing on the American television series “The Biggest Loser”

Bob Harper was born on August 18 1965, in Nashville Tennessee United States.He attended Austin Peay State University in Clarksville,Tennessee but did not graduate. He began to take interest in physical fitness while in college and decided to pursue his career in physical fitness only.That was the moment when he decided to become a physical fitness expert and coach.He has taken training from American Fitness Training of Athletics to get the certificate as a personal trainer.He also went to Aerobic and Fitness Association to get the certificate.

Bob Harper moved to Los Angeles, where he started his career as personal trainer.He was lucky enough to work with clients like Jennifer Jason Leigh.Afterwards he trained Ben Stiller and even Ellen DeGeneres . His career boosted when the american idiot box was hit by the storm “The Biggest Looser”.

One of the most revolutionary and inspiring show for all who wanted to bring a change in there lifes.The amount of obesity was increasing at a very larger pace and show came as a much needed aid.Bob Harper along WITH Jillian Michaels came as a coach .The show targetted the super obese people and captured there journey while loosing weight.The show was a huge hit and became a massive success.It inspired a huge amount of people to loose weight and mantain a healthy diet.Her has completed 15 seasons on the show and feels blessed that he was able to change so many  lives .

This show become one of the biggest push for his career.He became a celebrity in all over United States.In 2008 , he published Are you Ready?:Take Charge,Lose Weight,Get in Shape and Change.The book was a best seller.He further went on and released many other books related to fitness.

According to a recent report Bob Harper’s net worth is estimated around 4 million us dollars .

Bob Harper faced a fatal attack in february 2017 , his fans were very shocked as he always promotes a healthy way of living life.He was working out at the gym ,suddenly he went into cardiac arrest.A personal trainer who exercises daily, keeps a check on his diet regularly was not expecting a heart attack for sure .He was in a comatose state for 2 days , but with the help of the medical team was able to recover from this fatal attack.

He has made several changes in his diet after recovering from his heart attack.He has shifted to a plant based diet after the heart attack.He added crossfit again to his workout routine.We hope our beloved harper never faces the same as he has always been a motivation for all of us.

There are many famous quotes by Bob Harper we have listed the few famous ones:-

1)Our external environment no longer seems to have any firm boundaries, any limits, or any positive cues about when to stop consuming anything. I mean, there is a reason that people get fat – it’s easy and cheap to get high-calorie, tasty food.

2)“It isn’t about winning a game, it about fixing what’s broken.”

3)“The path to obesity is paved with bacon and white bread, the way to skinny is built on apples and Ezekiel.”

4)If you want to be right-sized in body, you’ve got to get rid of the supersize way of life.

5)Even though you really don’t feel like you’re motivated to go to the gym, remember how good you felt after the last time you went. Keep that in the forefront of your brain.

I believe in the power of the human spirit.

7)“It’s all about lifestyle change.”

8)“We don’t make fun of them. It’s an inspirational show, and the contestants are so courageous. We’re here to help them, not hurt them.”

10)If you’re wanting something salty, do air-popped popcorn. That, to me, would be a healthier choice than having any kind of fried chip.

Bob Harper accepted his sexuality in front of his parents at an early age i.e.17 years.However he publically announced his sexuality as a gay in a episode of famous show The Biggest Loser in 2013.Even celebrities like him live in shame due to social pressure .He openly came as gay to help a fellow contestant named Bobby Saleem who was struggling to reveal his sexual identity to his father.Harper explained Bobby that being gay does’nt mean that you are weak .

Yes there will be many obstacles in your path but you can easily jump right through them.

Bob Harper dated Reza Farahan in 1990s which he revealed on his twitter handle in 2015.Bob had an alleged affair with Anton Gutierrez which they confirmed in november 2015.They were spotted kissing each other  in west hollywood. There relationship started somewhere in 2016. The exact date was never confirmed by the couple but it started in early 2016.The couple proudly supports LGBT community.

Bob Harper  recently was in lime light once again when  his social media account was filled with images of him getting engaged with his boyfriend Anton Gutierrez.

The event happened on  june 29 “the famous personal trainer” captioned a photo on instagram featuring him and his boyfriend Anton Gutierrez wearing matching gold panther rings on their left ring finger.

Harper’s feed was filled with wishes from all around the world , his fans boomed in with greetings.

Read This Before You Get A Rook Piercing