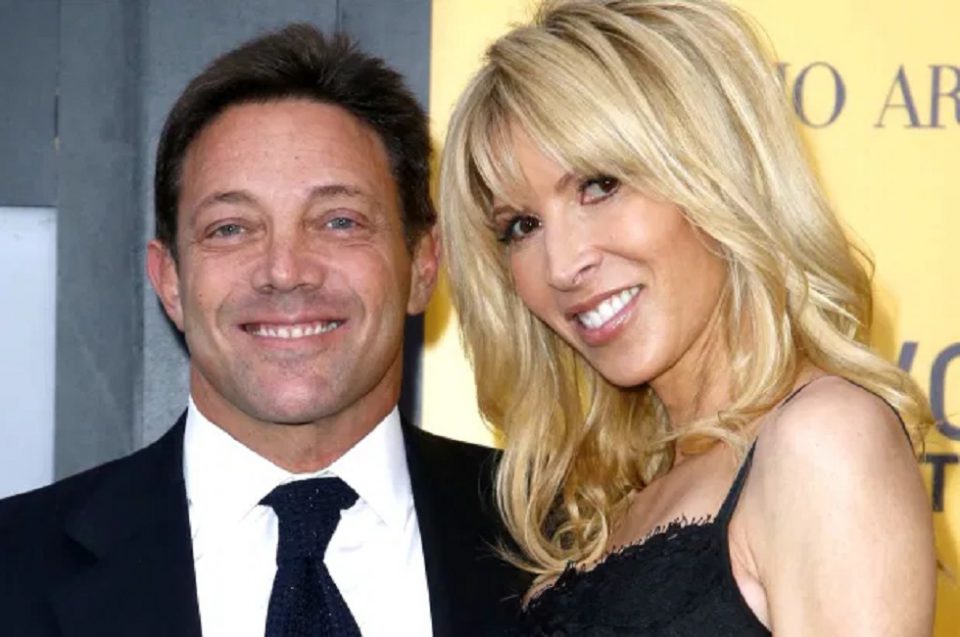 While Anne Koppe may be her own woman, she is most well known for being the long time girlfriend and fiancee of infamous former Wall Street stockbroker Jordan Belfort. He was caught for scamming people out of millions of dollars through his trades in penny stocks. He was tried and sentenced for 22 months of imprisonment. Since Jordan Belfort’s release from prison and his foray into a career of motivational speaking and conducting seminars on sales techniques, Anne Koppe has stood by his side and been a pillar of constant support. She has helped him on a personal level and also on a professional level. Anne Koppe has also been very outspoken about the change that Jordan Belfort has undergone since he was released from prison. She wrote this in a letter to a judge about the new and improved Jordan Belfort: “Jordan is no longer a criminal, he is an exemplary contributor to the economy. He is a taxpayer and a very hard-working man.” She has defended Jordan Belfort on many occasions, including on multiple interviews and through social media via her tweets and posts. She has repeatedly urged people to stop judging Jordan Belfort over his past actions and try to get to know the new man that he has become since his time in prison. Aside from her relationship with Jordan Belfort and things associated with it, Anne Koppe has kept her life very private. In this post, we will cover all of the information that is available about her. Let’s find out more about Anne Koppe.

Anne Koppe: All You Need To Know

When was Anne Koppe born?

How did Anne Koppe and Jordan Belfort meet?

Unlike Jordan Belfort’s previous marriages, his relationship with Anne Koppe grew at a much slower pace and it took them some time to become a couple. Two years after Jordan Belfort’s release from prison, he met Anne Koppe in 2008. She helped him resurrect himself and his career as a motivational speaker. After seven years of dating, the couple got engaged in 2015.

When will Anne Koppe and Jordan Belfort get married?

Jordan Belfort was previously married to Denise Lombardo. However, their union ended in divorce, when he began his shady enterprise at Stratton Oakmont.

He then married British-born model, Nadine Caridi, whom he’d met at a party. In 2005, Caridi divorced Belford on the grounds of domestic violence. She accused him of drug abuse and infidelity, and then gained custody of their two children. There haven’t been any such ugly issues between Belfort and Koppe. As of 2019, Koppe and Belfort are very much together. Although they are not married yet, there’s much certainty about their union. So far, there haven’t been any cases of scandal or overheated issues between the two. As his partner in life and work, Koppe continues to fight off media attacks targeted at Belfort.

Even though the couple has been engaged since 2015, they haven’t decided on a wedding date yet. We are also awaiting for the couple to release their wedding date just like everyone else.

How many children do Anne Koppe and Jordan Belfort have?

What is Anne Koppe’s net worth?

While her friendship with Jordan Belfort made Anne famous, she has done a great job for Jordan behind the scenes, which is naturally very satisfying.Koppe is living a lavish lifestyle with Jordan and kids. She is a businesswoman and helps Jordin to run his business located in Hermosa Beach, California, where he trains young people.

Take a glance at her social networking sites, where you will know how she likes to spend her money. However, Anne Koppe doesn’t reveal how much she has accumulated over the past.

On the other hand, Jordan Belfort’s estimated net worth is approximately $100 million. Jordan Belfort is famous for being the founder of the financial brokerage firm, Stratton Oakmont. In the 90s, his company employed over 1000 brokers and raised above $1 billion in assets. He was charged with securities fraud and money laundering and served 22 months in jail. His pump and dump scams led to investor losses which amounted to more than $200 million. As a part of his sentence, Jordan Belfort was ordered to return the $110.4 million that he had swindled from his investors. As of the date of publication of this article, Jordan Belfort hasn’t paid that money back.

How tall is Anne Koppe?

While Anne Koppe appears very tall in a lot of her photos, she has revealed that she isn’t actually as tall as she looks in some of her photos and her perceived height is the result of her massive heels. On one of her social media posts, she revealed that she is actually five feet five inches tall and she wore six inch heels during the premiere of Wolf of Wall Street and that’s what made her look so tall and statuesque.

After Jordan Belfort’s release from jail, he began his research on his autobiography, entitled “The Wolf of Wall Street,” which came out in 2007 and was adapted into the 2013 film of that same name. He is a motivational speaker now and he tours all over the world. He has launched another agency, Global Motivation Inc., which manages his day-to-day operations. Anne Koppe helps him with his business while also helping him out personally. She is also famous for defending him during interviews and on social media. In 2015, Anne Koppe posted a 700-word rant on Facebook, speaking about Jordan’s life struggle.

Does Anne Koppe travel a lot?

Besides work, Anne Koppe enjoys going to new exotic places. She travels with her fiance due to his work or shows in different places such as New Orleans, Rome, Las Vegas, Melbourne. Moscow, and many more. Anne Koppe also loves to shop and believes that no trip can ever be complete without shopping.

How does Anne Koppe maintain her fabulous figure?

Anne Koppe looks much younger than her age. The secret of that is regular exercise and a very healthy diet. The blonde stunner usually shares a lot of pictures of herself on social media. Jordan Belfort on the other hand is infamous for having very bizarre eating habits and going to extreme lengths to maintain his physique. Obsessed with keeping his figure, the former stock scammer would spray Windex on food in his fridge so he wouldn’t be tempted to eat it. And served a bowl of pasta, he’d suck out the tomato sauce and leave the macaroni.

He lived on Gatorade and put lifts in his custom Ferragamo shoes to boost his 5-foot-7 frame.

“He has the lowest self-esteem in the world,” said Michael Peragine, a former business associate and friend of Jordan Belfort.

Anne Koppe’s social media pages are hard to find but good news is that we can confirm that she has Facebook and Instagram Profiles. Her Instagram handle is l1ttle_r3d_ . The name in the bio says “Anne Elizabeth”. Unfortunately, her profile is private and you will need to send her a request if you want to follow her. If she accepts your request, you will be able to view the pictures she shares. She currently has over 5k followers on her profile, so it’s clearly not a “friends and family only” profile. In case you want to follow her, you can send a request. She shares a lot of pictures of herself and her family on Facebook as well.

Why Were Cornflakes Invented and How Did They Become the Most Marketed Meal of the Day?