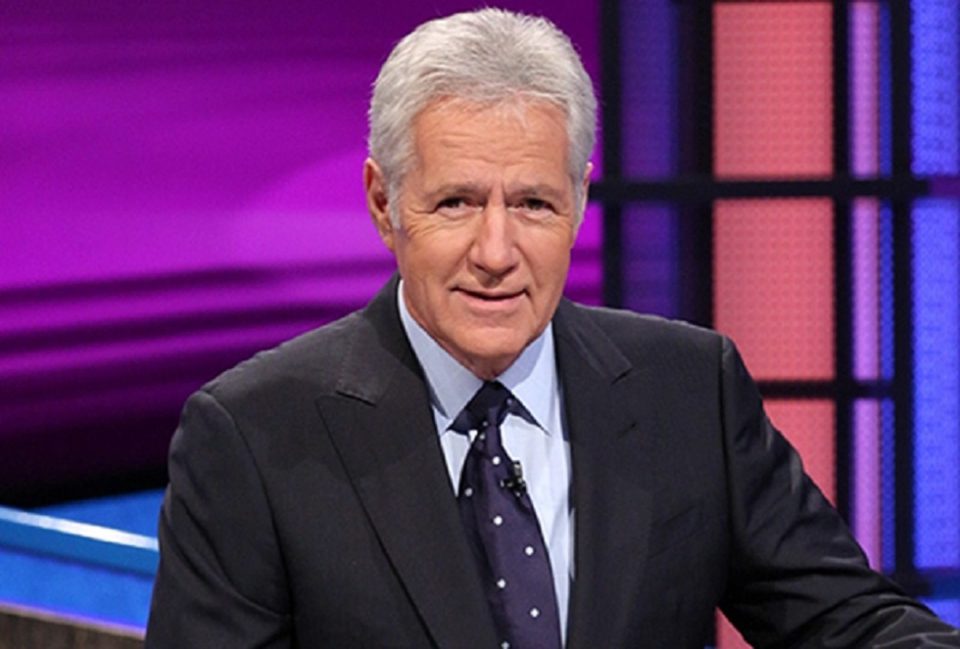 The beloved TV icon Alex Trebek has died at the age of 80 following a battle with stage 4 pancreatic cancer. Long before he was a seven-time Emmy winner and amassed an estimated $75 million net worth, Alex was just another young broadcaster trying to figure out what he wanted to do and who he wanted to be. In this article, we take a look at exactly that by rewinding to his past:

How did Alex Trebek die?

Jeopardy! (TV Show) announced that the longtime game show host was surrounded by family and friends at the time of his death. Alex first told the public about his cancer diagnosis in a video message on March 6, 2019 and continually updated his fans of his treatments. Alex is survived by his second wife of 30 years, Jean Currivan Trebek, and his children Matthew, Emily, and Nicky.

From someone who couldn’t afford college to joining CBC for his voice:

His mother was French Canadian but his father was a Ukrainian immigrant who was then working as a hotel chef. To afford his tuition at the University of Ottawa, Alex started working freelance at the Canadian Broadcasting Company (CBC). Clearly impressed with his talents, Alex Trebek was offered a full-time gig as a staff announcer post graduating. In 1961, he covered the news, weather, and regional sports on radio and television broadcasts. His soothing voice, personable wit, and composed temperament paved a way for him to find a home on the national stage in the early 1960s. He was shifted over to Toronto where he soon was known as a national announcer.

Getting into game shows:

Shortly after moving to Toronto, Alex took an interest in game shows and got his start hosting special programs, including the teen show Music Hop and the popular Canadian high school quiz show Reach for the Top. During this time, Alex told the Daily Beast he had exhausted all of his opportunities at the CBC and was hoping to expand and grow more — perhaps a gig in the United States.

Many don’t know this but it was actually sitcom star and fellow Canadian Alan Thicke who saw something in Alex in the early 1970s which helped his career really take off. Alan tapped Alex’s audition as host for a new game show in which he was writing the theme song. This game show was the one and only The Wizards of Odds. Before he knew it, Alex got the job and became the show’s official host in 1973. Alex had long attributed his success to the Growing Pains actor, telling Access Hollywood years back that he “was the reason I got my big break.” After getting noticed on The Wizards of Odds (and starting his iconic mustache trend), Alex continued to dabble in new hosting projects on more game shows in the late 1970s, including CBS’s Double Dare, The $128,000 Question, and NBC’s The New High Rollers.

Alex Trebek changed the face and format of Jeopardy!:

It wasn’t until 1983 that Alex caught up with news of trivia game shows. Prior to Alex, Jeopardy! had a rather rocky history. The first version of the show began in 1964 and was created by game show legend Merv Griffin. The program aired for 11 years but was canceled in 1975 when NBC yearned to appeal to a younger demographic.

In 1984 Trebek became the host of Jeopardy!, a trivia game show that had been syndicated throughout North America beginning in 1964. Possessing a sly sense of humour and a sometimes prickly temperament, the charismatic and intellectual Trebek proved a popular host. Trebek was also the producer of Jeopardy! from 1984 to 1987 and devised separate tournaments for different age and skill levels (e.g., teens, college students, and celebrities).

It made a comeback in 1978, but was immediately canceled again. By the time Alex began presenting and producing the show in 1984, Jeopardy! was facing a long shot at success. CNN stated that the show was given “absurd” time slots and was pulled from several stations.

By doing so, Alex and producers were even pressured to make the questions simpler so that viewers wouldn’t feel bad, according to Mental Floss. In a couple of months, Alex was able to make the show his own and this helped the TV present get better air times. Just a few years later, Jeopardy! was being watched by more than 15 million people daily — a huge difference from previous stats!

Steve Harvey who? Trebek was the first person to host three American game shows at the same time:

The TV host holds the Guinness World Record for the “most game show episodes hosted by the same presenter.”

In addition to working on Jeopardy!, the TV personality was famous enough to find work hosting other shows on NBC, including Classic Concentration from 1987-1991. In 1991, he became the first person to host three American game shows simultaneously when he also took on a job for NBC’s To Tell the Truth. But, of course, his stint on Jeopardy! is the one that stood the test of time as it was his all time greatest on TV.

The face of Jeopardy! Became coveted for many guest appearance opportunities, including Cheers, The Golden Girls, Seinfeld, The Simpsons, and more recently How I Met Your Mother. He also had made cameos in several feature films, like Charlie’s Angels and the Bucket List.

Aside from his famous hosting career, Alex also took on the role of husband and father. Just as his career was starting to blossom on Wizards of Odds in the 70s, Alex married business woman Elaine Trebek Kares. The two eventually went their separate ways in the early 1980s and Alex found love again with real estate project manager Jean Currivan Trebek in 1990.

Despite suffering two heart attacks prior to June 2014, he had hosted 6,829 episodes of Jeopardy!—the most game shows hosted by the same presenter, overtaking the previous record holder, Bob Barker of The Price Is Right. Watching Alex over the years is to watch wit, charm, and that iconic mustache will forever be a part of Jeopardy! and greater TV history.

He suffered heart attacks in 2007 and 2012, returning to Jeopardy! each time after taking about a month off to recover.

His amazing collection of Emmy’s:

He won six Daytime Emmy Awards (1989, 1990, 2003, 2006, 2008, and 2019) from 30 nominations for outstanding game show host, as well as a Lifetime Achievement Award from the Daytime Emmys in 2011. He also received the Alexander Graham Bell Medal from the National Geographic Society (2013) and the Gold Medal (2010) and the Burpee Medal (2015) from the Royal Canadian Geographical Society for his contribution to geography as host of national geography competitions for students in the U.S. and Canada.

8 Financial Habits of Millionaires that We Need to Learn