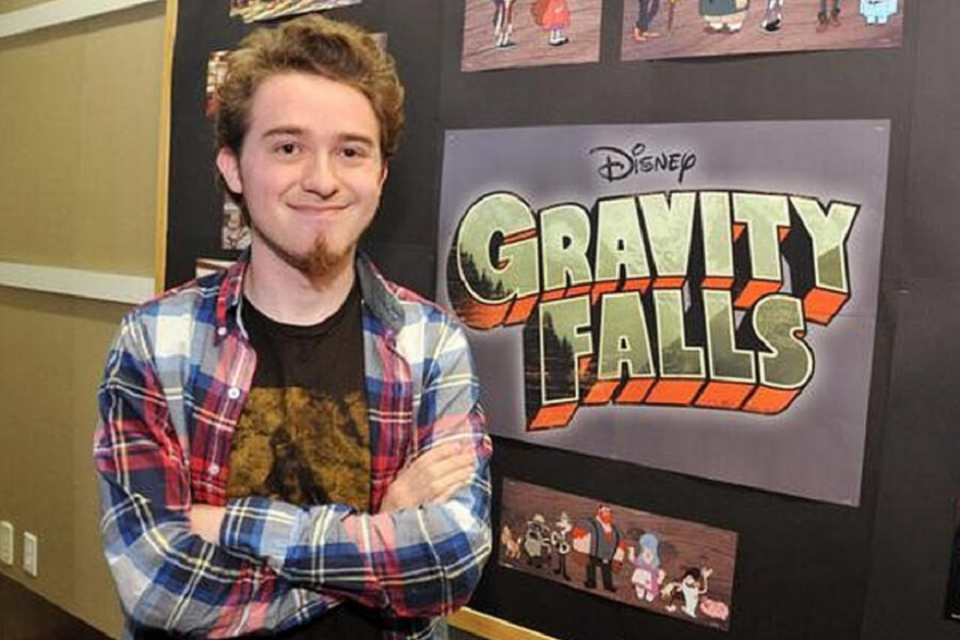 Alex Hirsch is an American animator, voice actor, writer, storyboard artist, and producer. He created the Disney Channel series Gravity Falls, for which he provided the voices of Grunkle Stan, Soos, and Bill Cipher, among others. Alex was awarded a BAFTA and Annie Awards for the series. He went on the New York Times Best Seller list twice. The first time was in 2016 when Hirsch co-authored Gravity Falls: Journal 3 which debuted as a No. 1 New York Times BestSeller and remained on the list for forty-seven weeks. The second one was in 2018 when Hirsch wrote Gravity Falls: Lost Legends which also appeared on The New York Times Best Seller list.

Alex Hirsch: 5 Interesting Things About the Writer and Animator

1. He Has Always Wanted To Make Cartoons:

“As long as I can recall I’ve always wanted to make cartoons. When I went to California Institute of the Arts, I was classmates with a lot of like-minded weirdos, some of whom have gone on to create other cartoon shows—J.G. Quintel, Regular Show; Pen Ward, Adventure Time. We were all friends in school and pushed each other and made each other laugh. It’s been a direct progression from elementary school kid watching Disney cartoons to kid-at-heart currently making cartoons for kids, for Disney”, Alex Hirsch told Time Magazine.

Hirsch’s first job after graduating from CalArts was as a writer and storyboard artist for The Marvelous Misadventures of Flapjack on Cartoon Network where he worked alongside fellow CalArts alumni, J. G. Quintel, Patrick McHale and Pendleton Ward (his co-writer on the show)

Alex Hirsch would go on to create the pilot for the Disney Channel series, Fish Hooks along with Maxwell Atoms and future Rick and Morty creator Justin Roiland.

2. Gravity Falls Is Darker Than Most Kids Shows:

Alex said: “ We were told that the show was going to be moved to Disney XD halfway through making the season, so there was no coordinated conversation about tone”.

“There’s not a lot of discussion between the creative and programming ends. In terms of the tone of the second season, we’re experimenting a lot more. Season 1 was just about getting to know the characters, about trying to give a hint of the mythology and just trying to be as funny and fun as possible. In Season 2, we’re digging much more heavily into the mythology and our characters are experiencing higher stakes, tenser situations and, in a few instances, more menacing villains. As a result, the conspiracy/X-Files/spookiness aspect of the series definitely gets a stronger highlight in Season 2 than it did in Season 1, but we still hope to balance that out with some traditionally silly Gravity Fallsy-episodes”.

3. The Simpsons Was His Favourite Cartoon Growing Up:

According to an interview with Time, Alex Hirsch said:

“I loved The Simpsons because it didn’t talk down to its audience. A lot of kids shows limit themselves. They are kids shows first and shows second. The Simpsons was something that, growing up, I could tell it was smarter than I was. I could tell there were layers and hidden jokes and references that I didn’t understand, but I understood the characters. Great shows have those kinds of layers and have that sort of broader appeal not just to kids, but to adults”.

In July 2016, with clues hidden throughout the world including in the United States, Japan, and Russia, the goal of the hunt was to find a statue of the Gravity Falls character, Bill Cipher.

Two weeks later, the statue or the treasure was identified in Oregon, USA.

Due to the selling success of Gravity Falls: Journal 3, a special edition of the book was released on June 13, 2017 and limited to 10,000 copies.

The special edition was very special indeed and came fully equipped with blacklight writing, parchment pages, a monocle, removable photos and notes, and other features that were not included in the regular edition of the book.

Hirsch is quite outspoken about his political beliefs on social media. He strongly opposes Donald Trump, calling him “a lying, self centered, woman-hating sociopath”.

On September 18, 2020 he tweeted that the U.S. Left cannot afford a “noble defeat” and that the 2020 election is extremely important.In the same thread, he said that what it means is “leftists, libs & moderates” coming together to defeat “the far right fringe cult in power” in a “blue wave,” and using “every lever of power possible” to push for a better world as soon as Mitch McConnell and Donald Trump are defeated.

Additionally, he criticized Doug Collins for his anti-reproductive rights stance, and called for people to donate to “all downballot blue candidates” because of “the danger America is in right now.”

At the same time, he called for more justices in the U.S. Supreme Court with a Democratic President, pushing the Democratic Party leftward, said that “we simply don’t have the luxury of letting Trump win to make an abstract point,” and described voting for a third party in the 2020 election as a “suicidally terrible idea…as useful as thoughts & prayers to shootings” and wasting your vote.

Additionally, he called for voting “straight blue” in the election, adding that there is a choice between science and “a conspiracy cult” and that Joe Biden was not his first choice but that he will still support him.